With the vast majority of the rest of the world uniting to condemn Russia’s horrific invasion of Ukraine, the Russian Embassy in South Africa took it upon themselves to thank anyone who had so far shown their ‘support’ for the Russian atrocities. 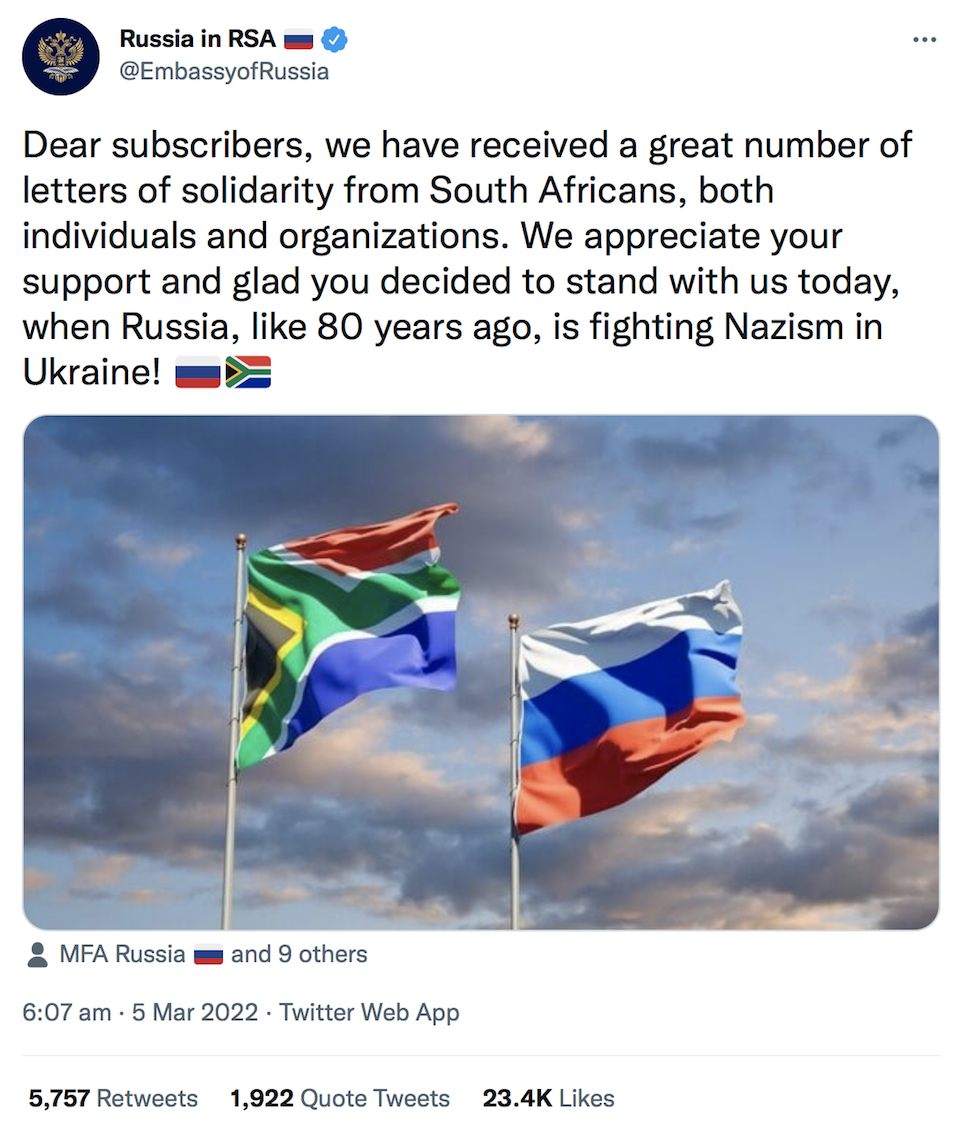 You do realize that the rest of the world actually knows what’s happening?

Nope…. We stand with Ukraine

… none of them went so viral as this, from the German Embassy in South Africa. 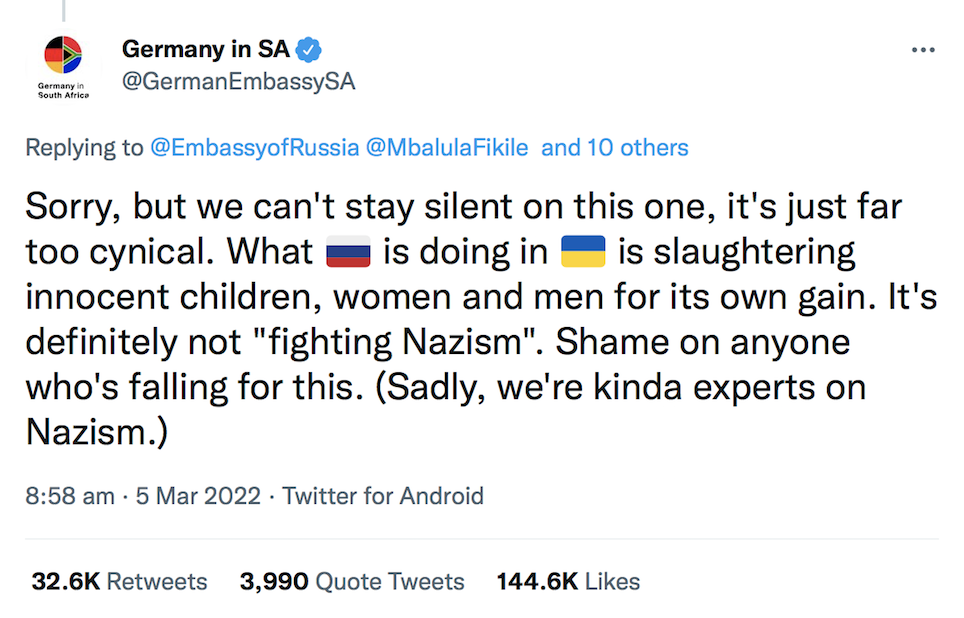 The exchange also went viral on Reddit after it was shared by beerbellybegone.

‘Ukraine, the first country in the world aside from Israel to have both a Jewish President and and a Jewish Prime Minister, are Nazis. Riiiiiiiiiight.’
beerbellybegone

‘South African here, literally no one is saying that.’
GundamGuy564

‘For anyone wondering, the general consensus among South African citizens is that Putin is a fucking asshole. The South African government has chosen, shamefully and in blatant cowardice, to abstain from taking a stance because of Russia’s role in the country’s liberation from Apartheid. They do not speak for the people here.’
Richi-chan