Nigel Farage has taken time out from his busy schedule to share his views on Twitter about Russia’s invasion of Ukraine.

And given what he has previously said about Vladimir Putin … 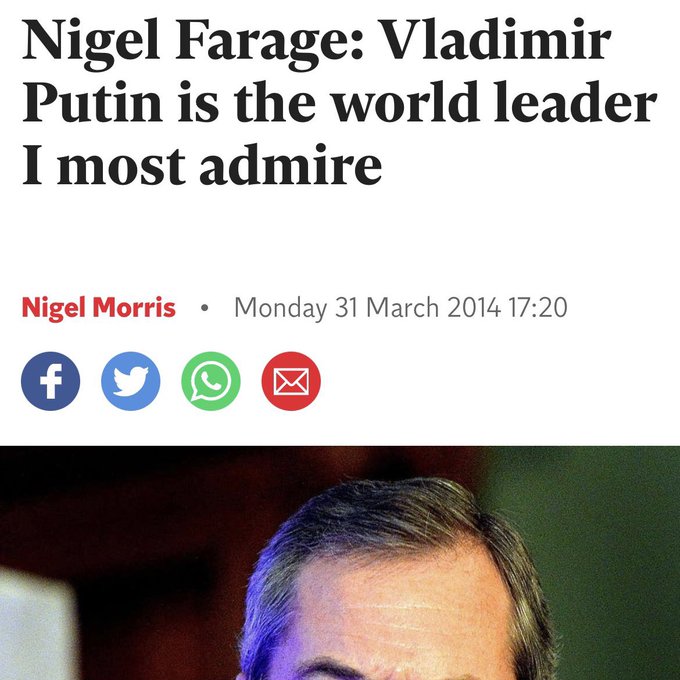 … you can probably guess what the former Brexit party leader’s take would be. Still a bit of an eye-opener, though. 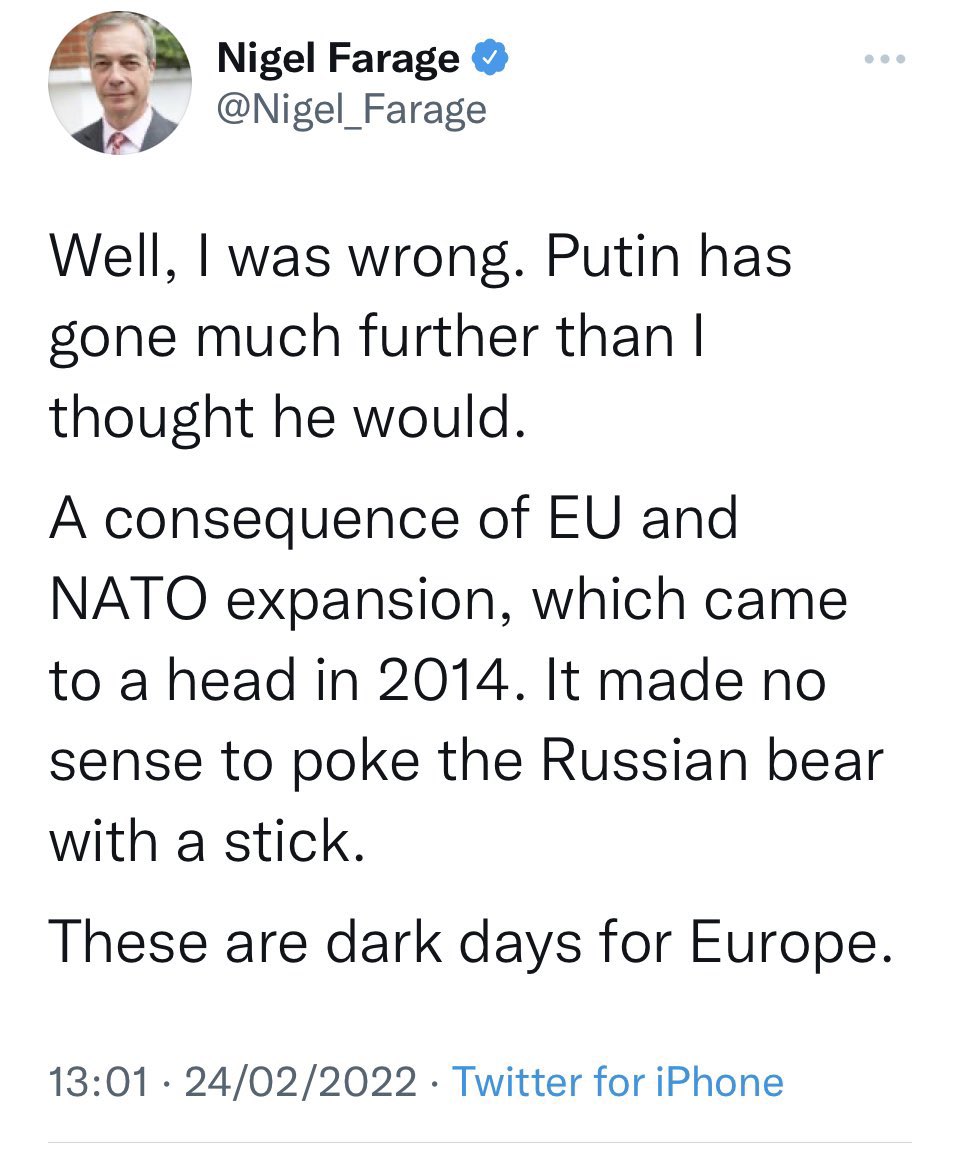 And these are the only 9 responses you need.

You could have written: “I condemn Putin’s invasion of sovereign Ukraine. His forces should leave immediately.”

Can't think of a politer way to put this than:

Fuck off, keep fucking off and when you think you've fucked off as far as you can go fuck off some more. https://t.co/tFJjFapsjF

How twisted must your world view be that your first response to an unprovoked invasion is to condemn those institutions which seek to offer peace & security to those trying to escape tyranny, rather than condemn the invading tyrant? https://t.co/aioJGxThcG

To think I used to stand around at this guy’s rallies hearing people shout the word “traitor!” at the likes of John Major and Tony Blair.

A reminder that our values are more under threat from within than without. Farage and Trump don’t disguise what side they’re on. https://t.co/e1KRcKeQ3m

There it is. There’s your great British patriot Nigel Farage in his true colours. A dictator invades an ally and he blames us. For anybody in the UK that still believes Farage cares about them in the slightest – please let this be a wake up call.

Truly shameful, Nigel. These are indeed dark days for Europe. You're right on that. But there is only one man to blame here, Putin. Not Nato. Not the EU. Putin. I find it astonishing that you blame everyone else for this invasion, but don't utter a word of condemnation for Putin. https://t.co/MGcVqz9m4s

Nigel Farage is a victim blaming ill informed stooge. Why this would come as a surprise to anyone is what shocks me.

THIS IS WHO HE IS https://t.co/vN9dhxWrRY