The toppling of the statue of slave trader Edward Colston in Bristol as part of the wider Black Lives Matter protests sparked a massive debate about how to reflect unsavoury facts about British history.

After a short trial, four of the people involved in pulling down the statue and dropping it into the harbour have been cleared of wrongdoing, with the defence arguing that the statue was so offensive that its removal was not a crime.

🚨🚨🚨🚨The Colston 4 have just been found NOT GUILTY 🥳🥳🥳 pic.twitter.com/Xey7Hav0d6

The verdict got mixed reactions, with some cheering the triumph of reason.

Edward Colston was responsible for violently transporting 84,000 Africans to the Caribbean. They were chained, beaten and raped, with 19,000 dying en route.

Grotesquely, a statue was put up to honour him in Bristol, but today in court those who toppled it were rightly cleared.

A statue of a man that enslaved, killed, raped and tortured black people is not welcome in any public space in the UK.

Big up the Colston four.

Others, including the PM, felt it gave carte blanche to anyone who wanted to pull down a statue – and somehow threatened the historical record. 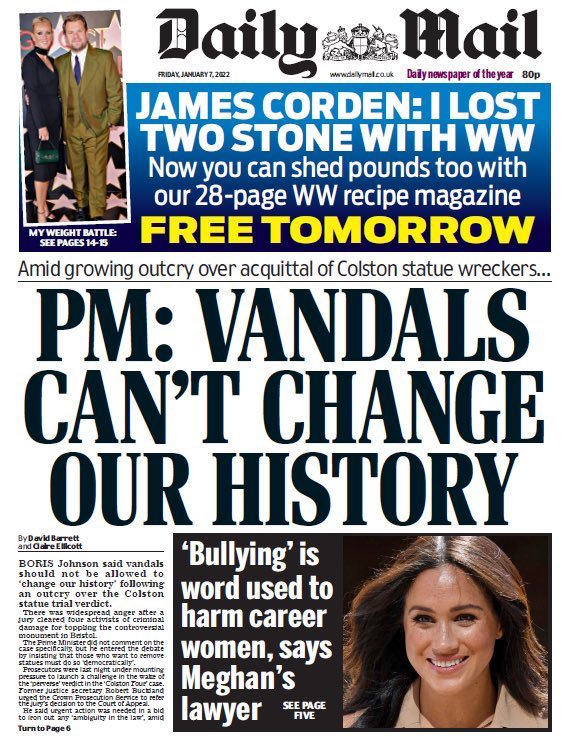 Concerned about the precedent this sets:

We certainly should be more aware/critical of our past. It should be a source of insight, education & debate.

Expunging historical figures for failing to comply with 21st C values will not amend past mistakes – not right today’s wrongs. pic.twitter.com/JvYFzL8OZX

A disgraceful verdict that gives the green light to political vandalism and sets a precedent for anyone to be able to destroy whatever they disagree with. This is not justice.

Darren Grimes even appeared to encourage people to desecrate the grave of Karl Marx. 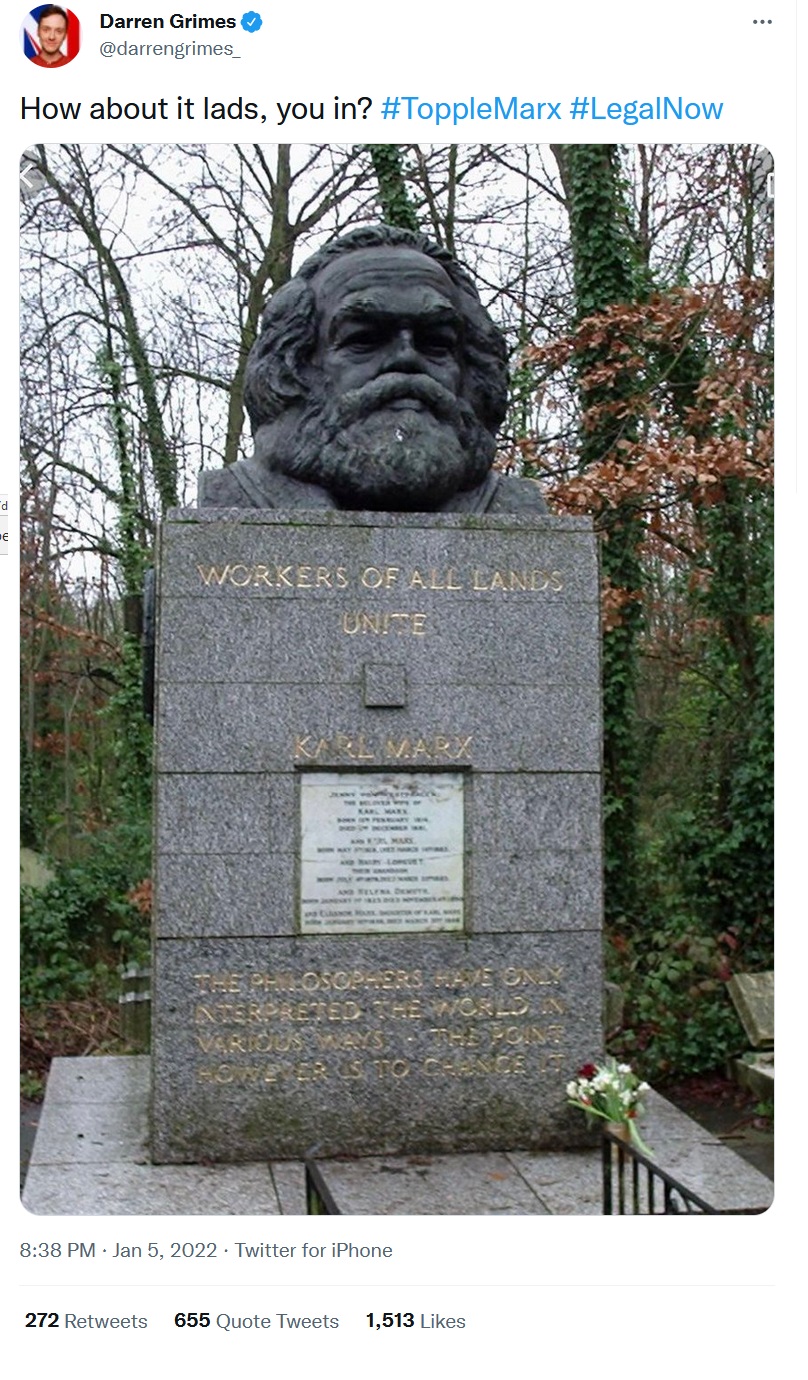 Comedian and actor, Rosie Holt, reacted as only she could – by taking an interview between Talk Radio’s Kevin O’Sullivan and political commentator James Melville and turning it into a wonderful parody of some of the more hysterical voices in the discourse.

Woah so this woman thinks the Colston Four verdict is a “step too far” pic.twitter.com/AtSD7TJqfC

And she is comparing Karl Max’s ideas to slavery and slave trade! Nothing she said deserves any response

Dear god….. Is this woman for real?

Most spotted the joke, however.

Every time you think she can’t get better. She gets better. https://t.co/owLC38DDZY

Glorious! Its satire ffs for those at the back. https://t.co/LiInksodPx

The cleverest piece of comedy you're likely to see today. https://t.co/0qOKuSrpBW

Can we please have some kind of satire symbol across media.
It's getting too difficult to tell

We can’t argue with this.

Rosie Holt is an absolute genius. The tone, the crazy wide eyes on swivels and the utter nonsense spewing from here mouth are a little too on the the money. https://t.co/xzlUhFLnP6

If you want to support her work, you can do that here.