It’s bad enough trying to pay someone with exposure, but offering to pay them with a piece of their own artwork takes not only the biscuit, but the whole packet of biscuits and half a cake as well.

u/nitiddesigns posted screenshots of the bizarre exchange on Reddit’s r/ChoosingBeggars. It’s a longish conversation, but worth it. 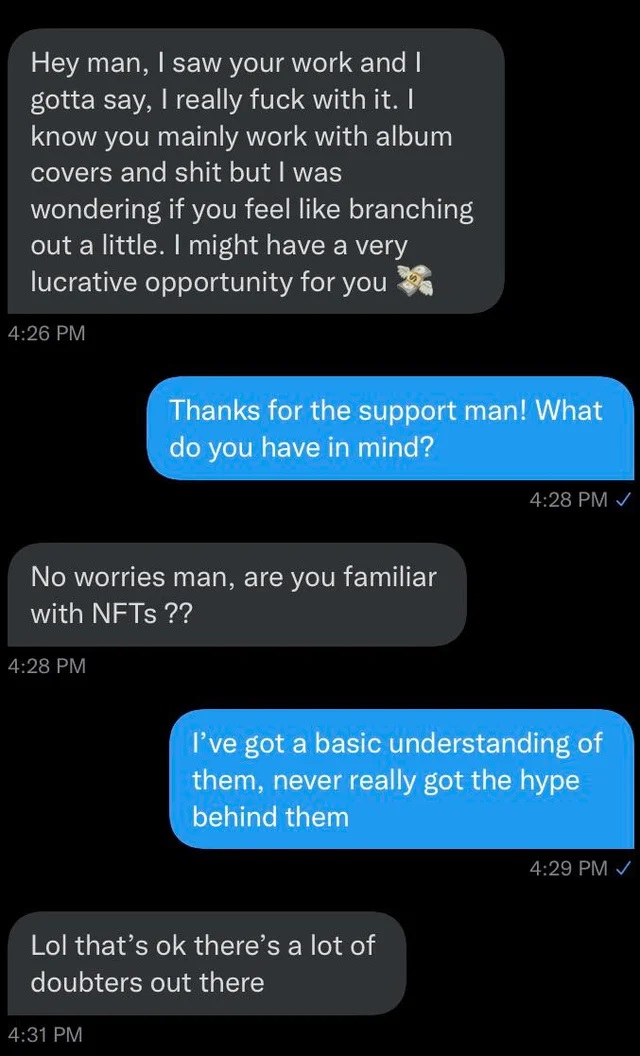 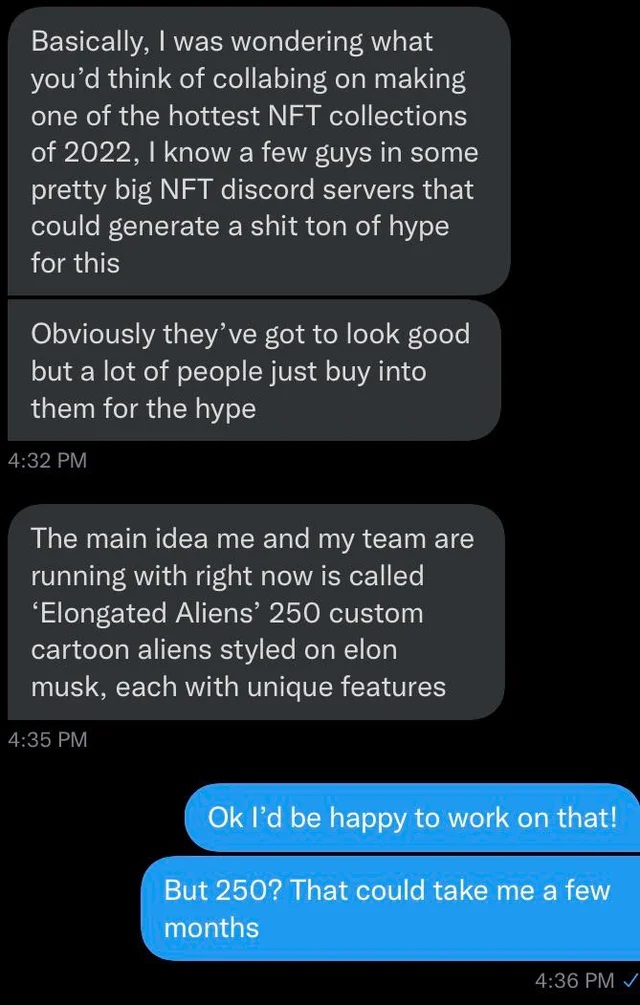 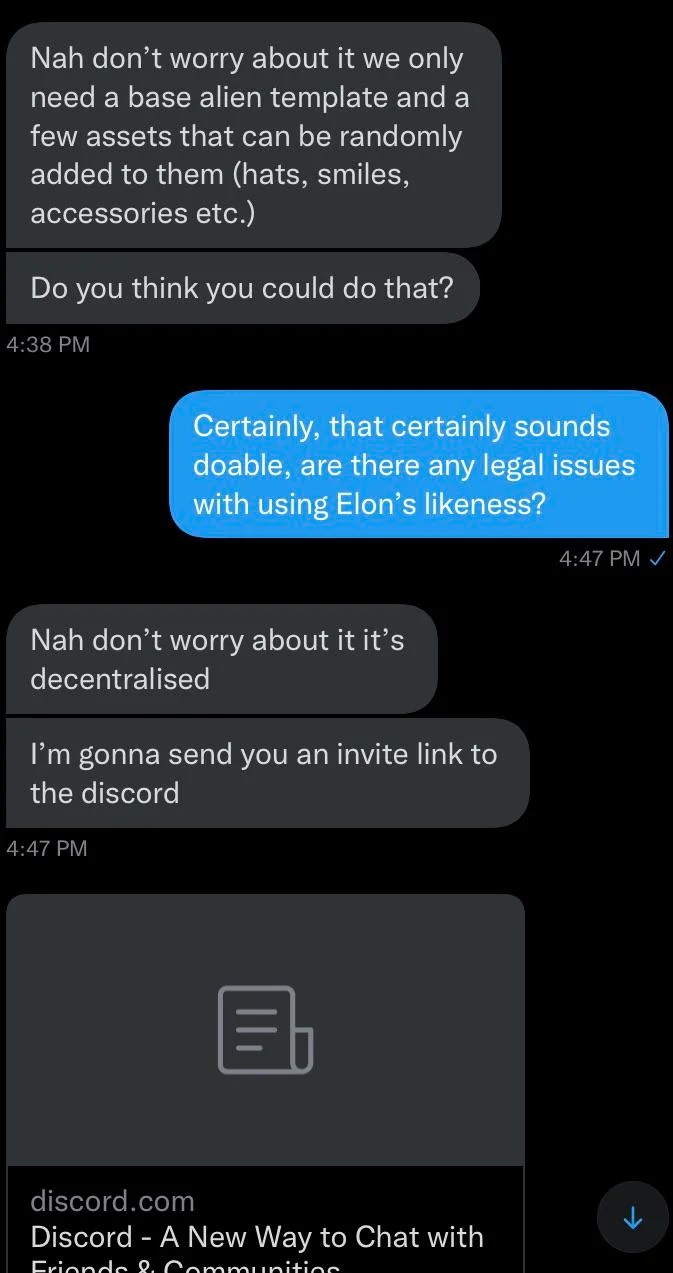 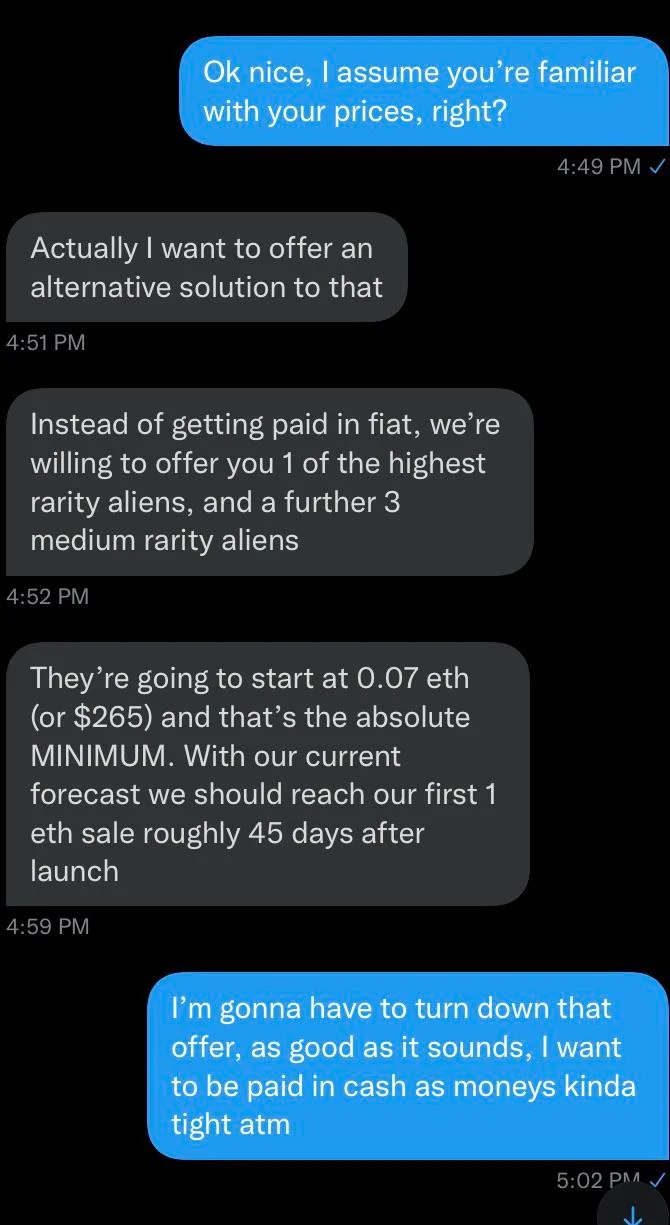 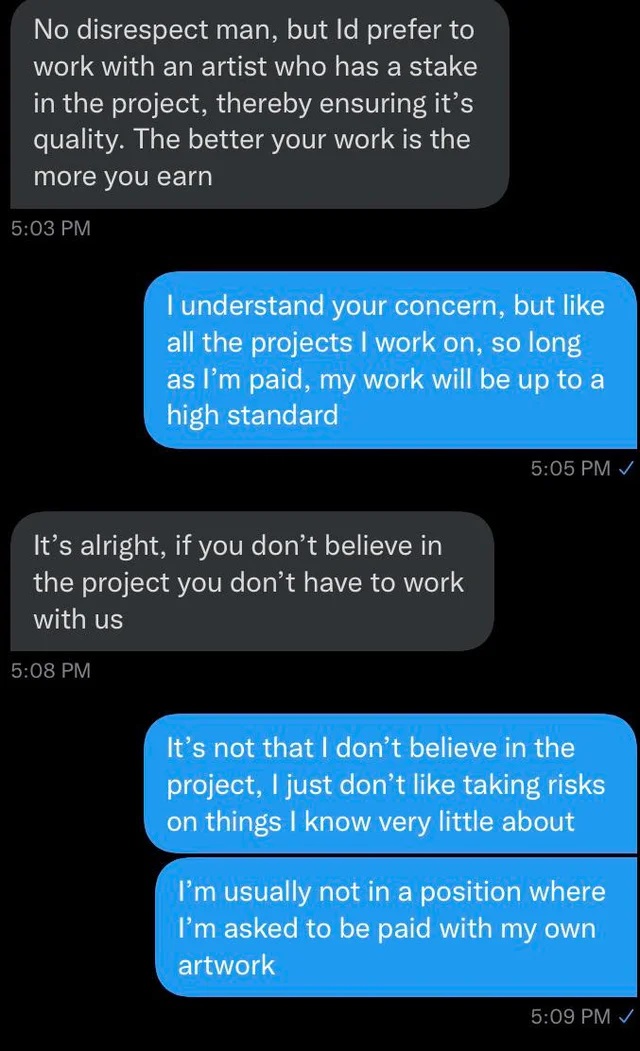 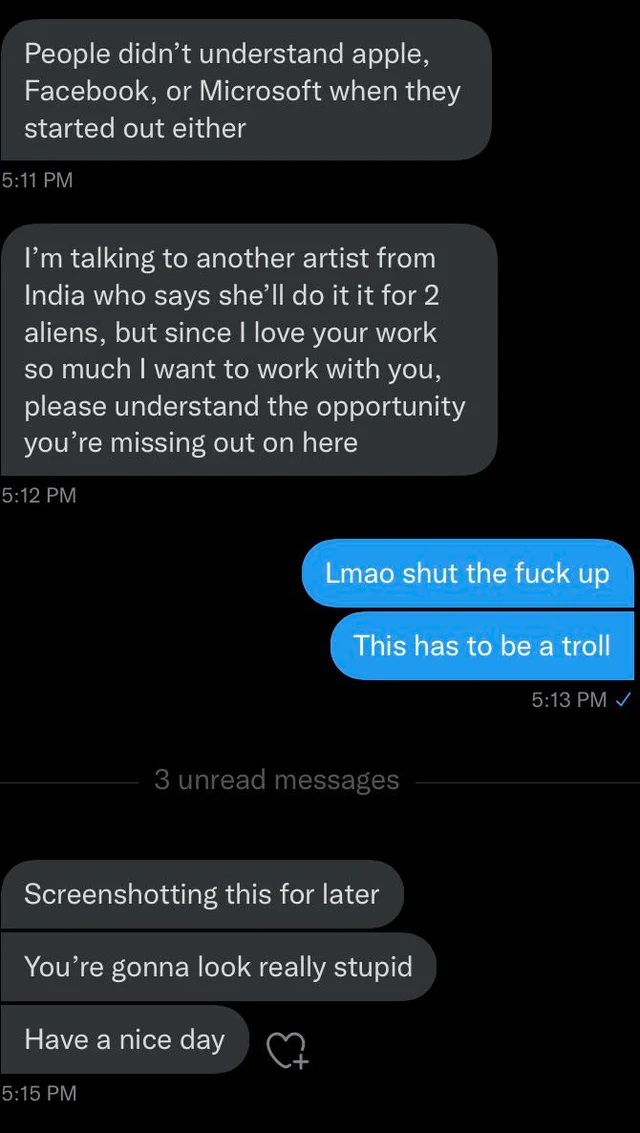 “I couldn’t take him seriously at that point.”

People had thoughts on the chancer’s ploy.

“Nah don’t wory about it it’s decentralised”. As if that’s a magic word that protects you from legal ramifications lol.
my_dogs_a_devil

Make me a video game and in return will give you the best items in said game.
TomentoseAtom

NFTs are the new pet rocks.

A meme that became too big and is now a industry.

Soon it will stop just like pet rocks.
Purganis

Uh oh, the other Artist Said He will do it for just 1 Alien and 1 half-Alien, half-Human hybrid, you better hurry Up, Dude.
DeDuniel

Spoiler alert; he did not look stupid later…
Reimmop

Someone named u/YourImaginaryFried nailed it.