This all-time classic comeback has just gone viral again over on Reddit because it’s just so good.

It’s erstwhile Republican Senate wannabe and anti-vaxxer Lauren Witzke, who has previously expressed support for QAnon and once described herself as a ‘flat earther’.

Anyway, we’re not here for all that. We’re here for this. 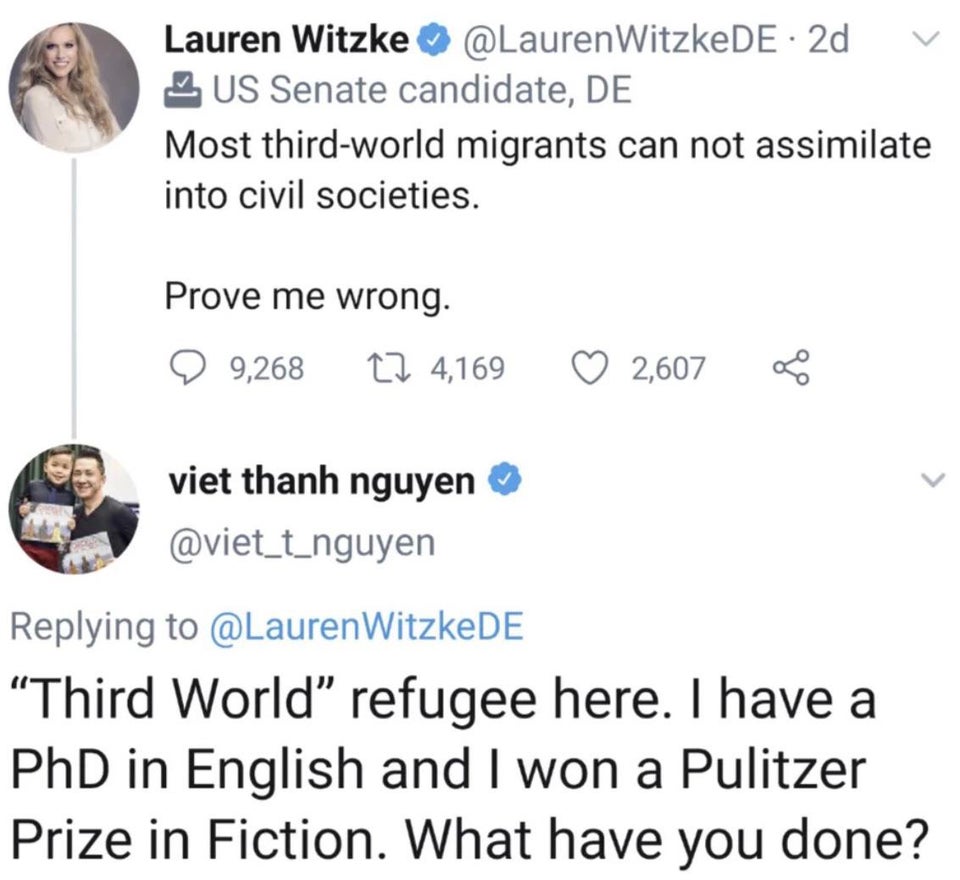 ‘It’s a good comeback and all, but nobody needed to have one. If she can’t be bothered to provide evidence backing her statement, she has no right to demand that anybody else does.’
hyperfocused

‘How would she know anything about civil societies, she lives in the USA.’
Justmyoponionman

‘As if “third world” countries don’t have civil societies.’
UpperLeftOriginal

‘Some of them allow people to amass hordes of guns with little legal oversight or training, don’t guarantee the availability of health care, and are on the precipice of violent overthrow of democratic elections.

‘Do they also have crumbling infrastructure and a corrupt legislature?’
WeleaseBwianThrow

‘And a failing education system, or impossible to enter housing market?’
RealSibereagle

‘Nothing worse than people who beat their chest over being randomly born within the confines of arbitrarily drawn boundaries, and then define their whole personality around it.’
starcom_magnate