Here’s a slow-burning tale of revenge which has just gone viral on Reddit and it’s not just served cold, it’s deep frozen.

A next level story of malicious compliance, it was shared by Redditor PugC who said: ‘Micro manager got what was coming to him.’ 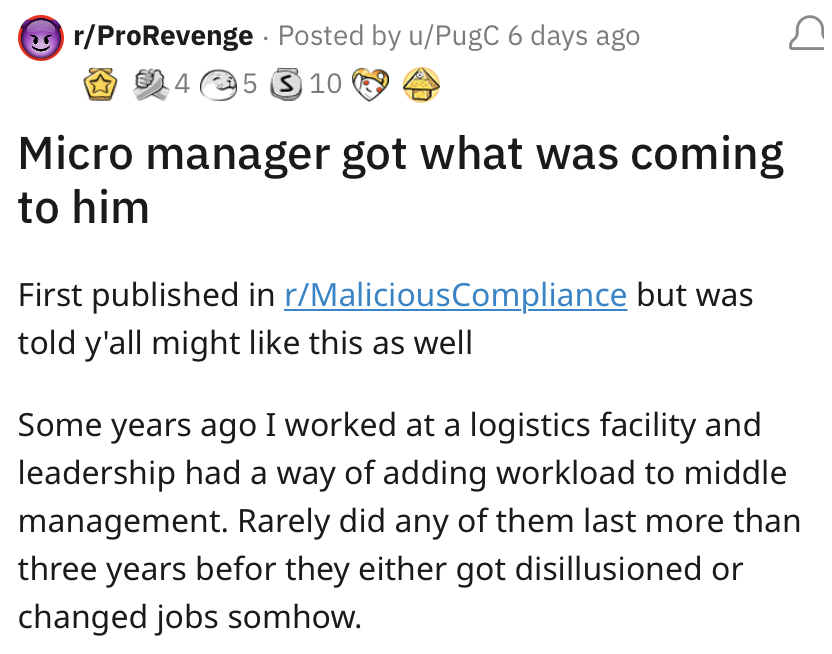 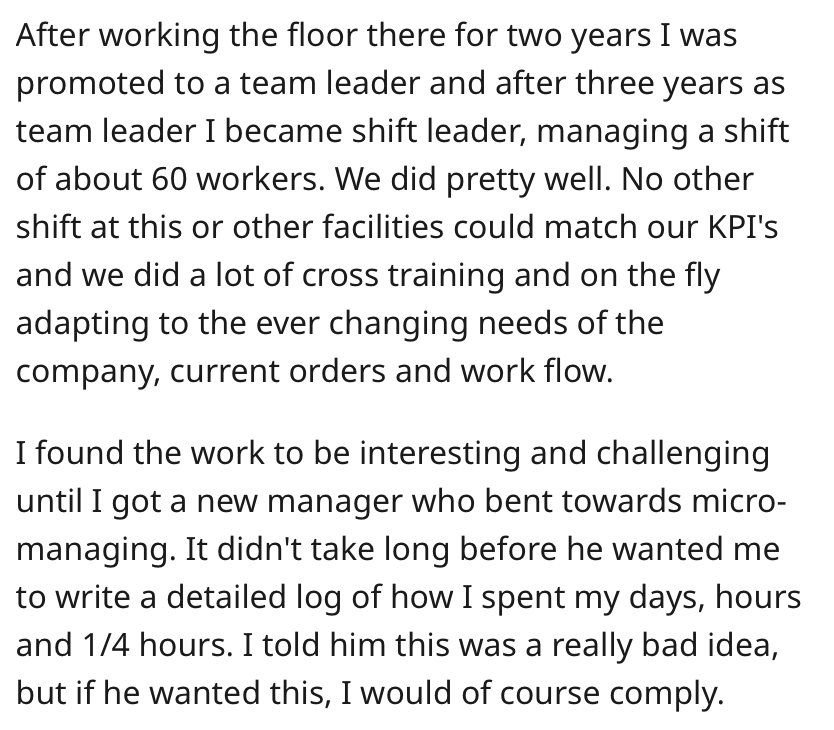 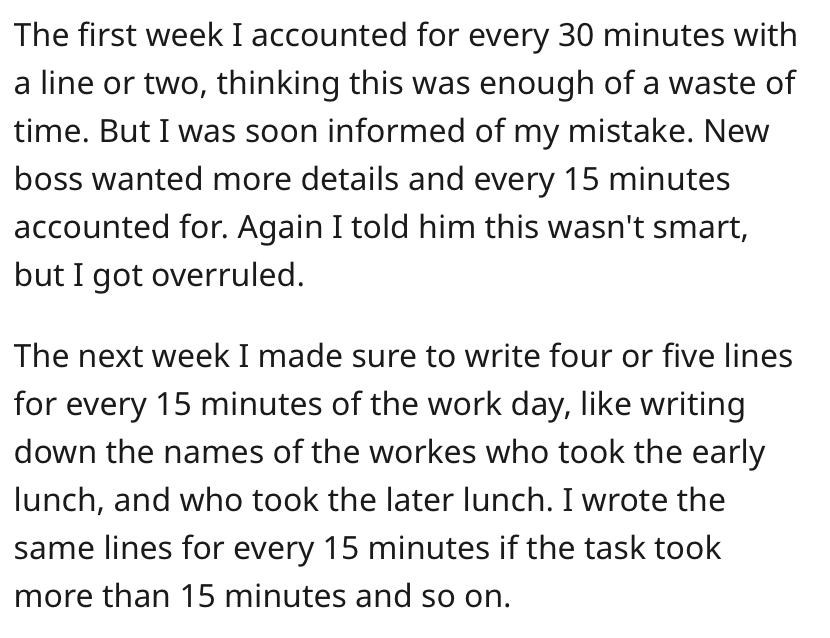 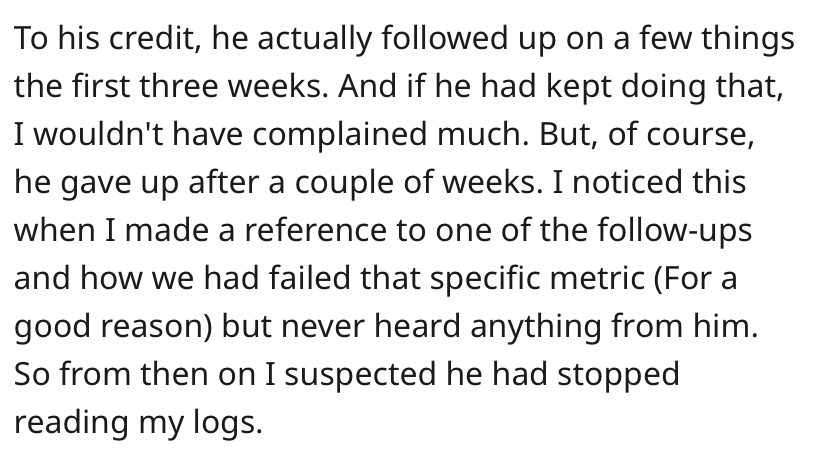 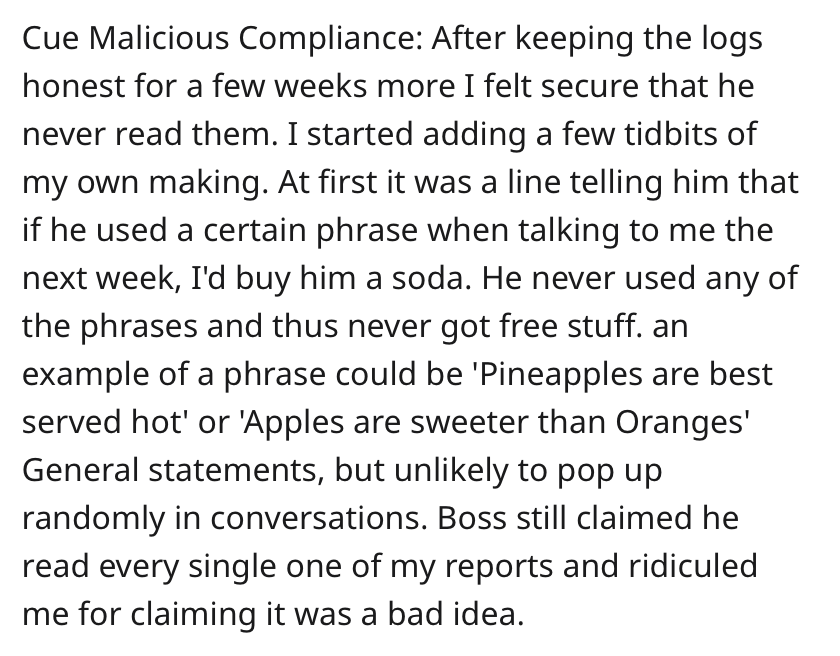 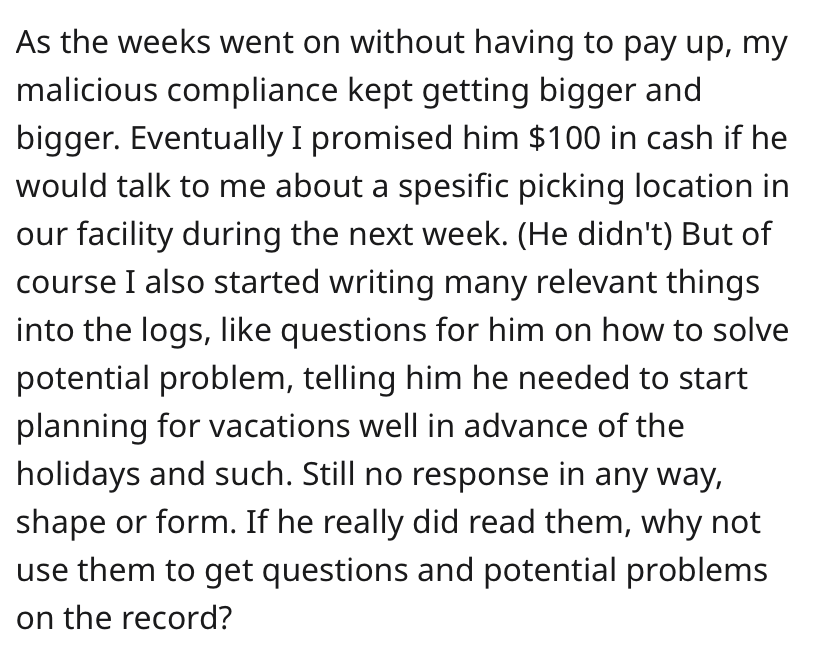 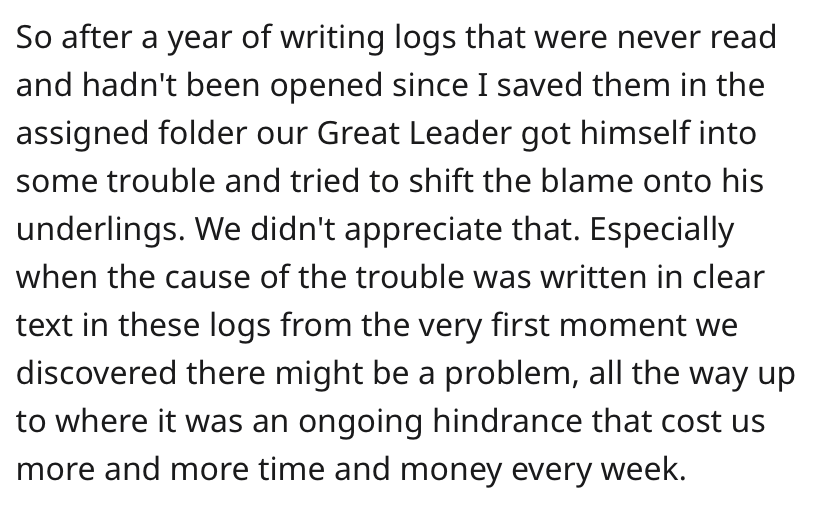 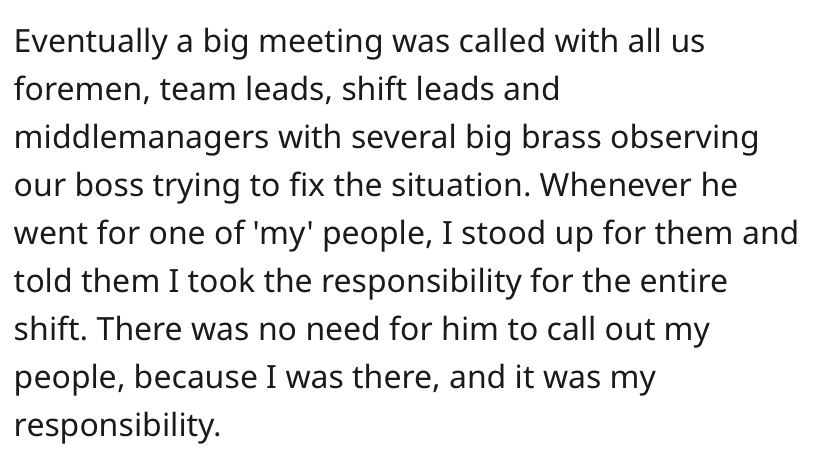 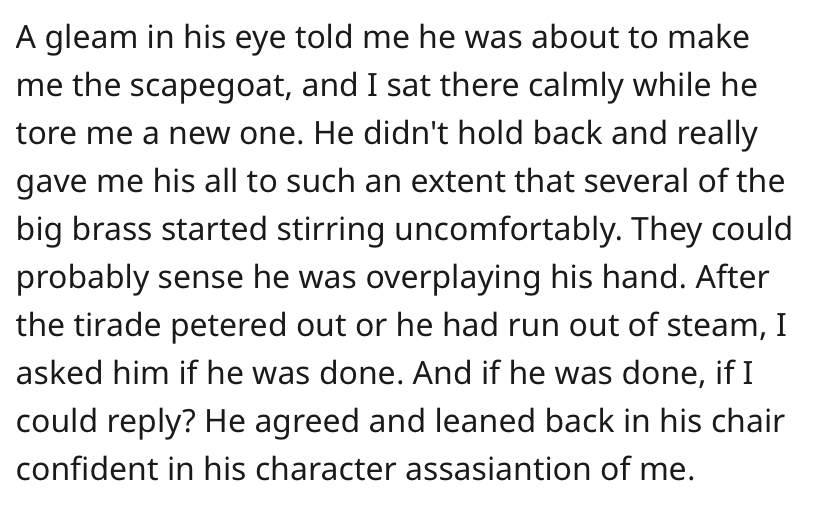 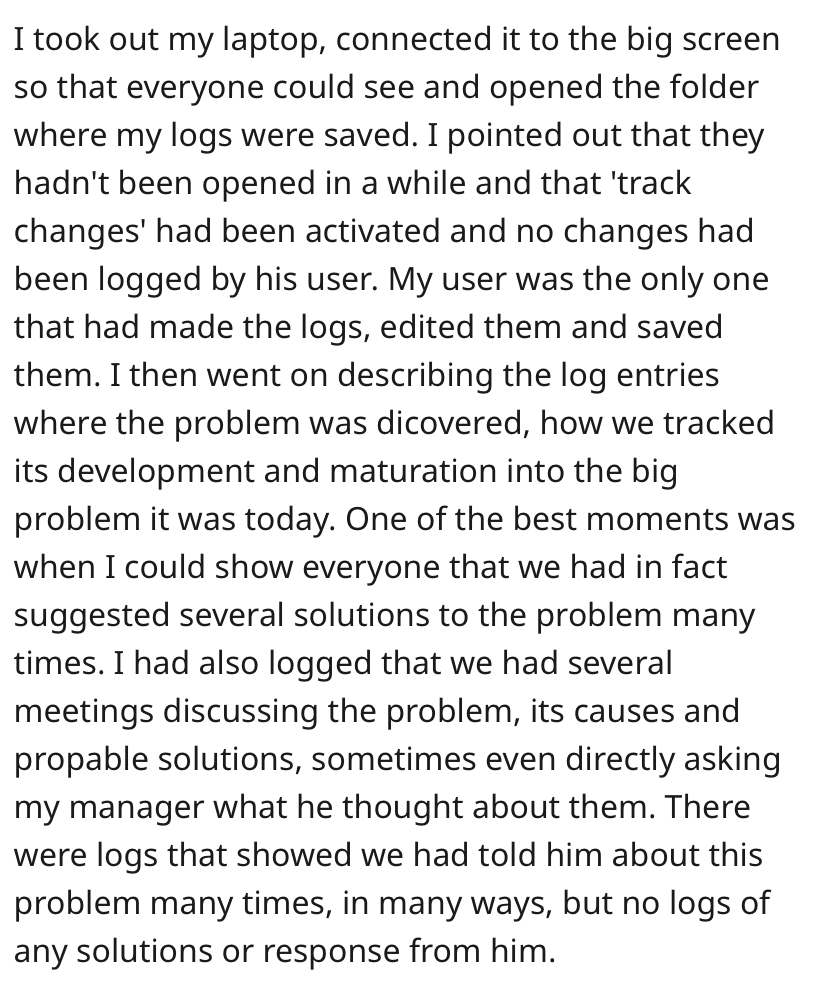 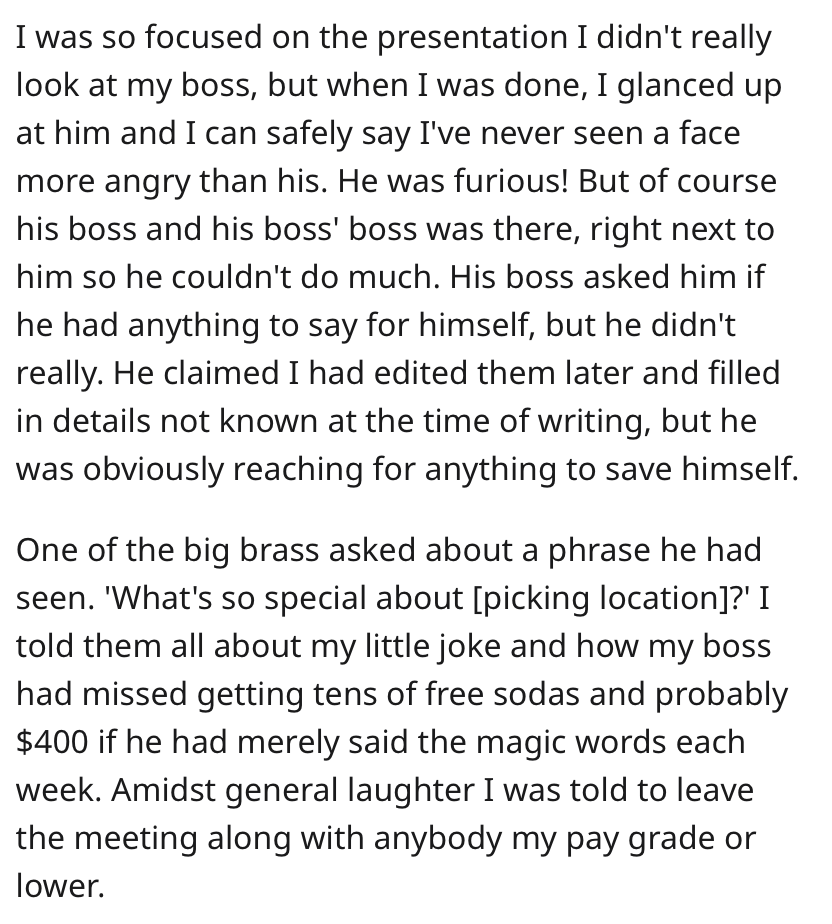 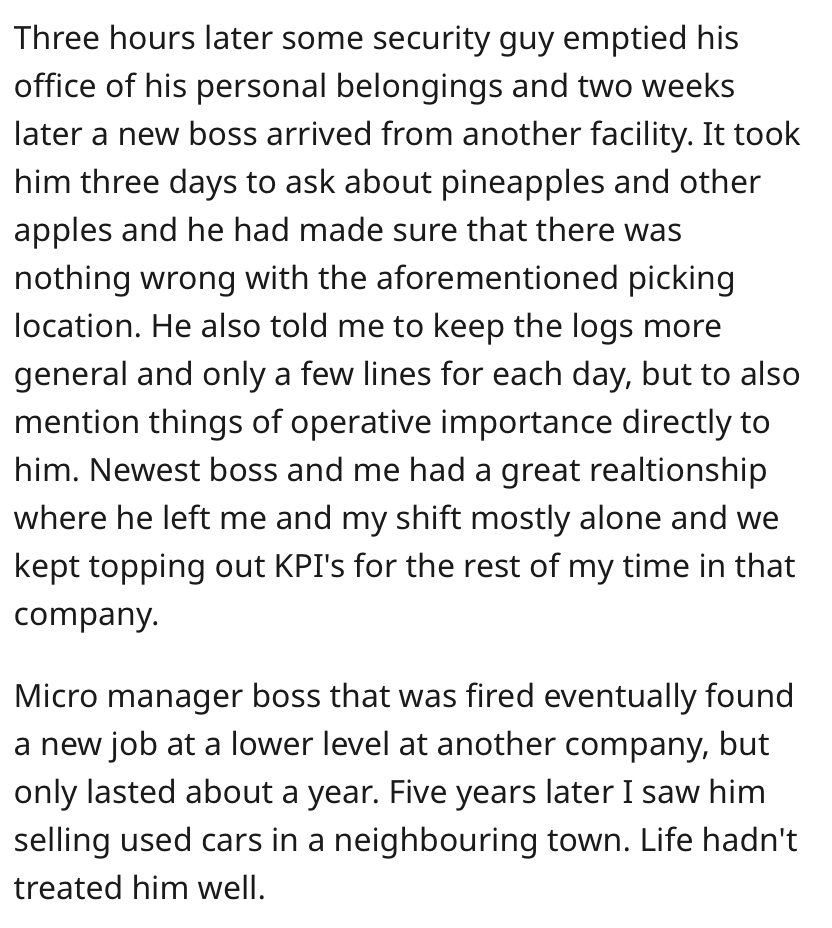 ‘Nice try, the phrases had to be used the week after each log was written. No soup for you!’
PugC

‘Especially love how the guy was so hell-bent on keeping his power trip that he couldn’t ease up and let your job be any easier and risk someone thinking he made a mistake.’
ZumboPrime

‘Oh, the things that don’t get read.

‘My boss removed his company ID at my station and left it there for a while, walking away. As a joke I used white tape in a typewriter to type the word “Tootsie”, trimmed it for his badge and covered up his first name with it. I thought he’d notice it immediately, but no. He wore that badge for a week, in a dozen meetings before someone asked him if Tootsie was really his first name.’
FrankieMint