Late contender for comeback of the week is this, after Sesame Street’s Oscar the Grouch did his bit to encourage people to take sensible precautions to help tackle the pandemic.

Not everyone was impressed by his efforts, and we’re glad they took the time to say so because the comeback was just the booster everyone needed. 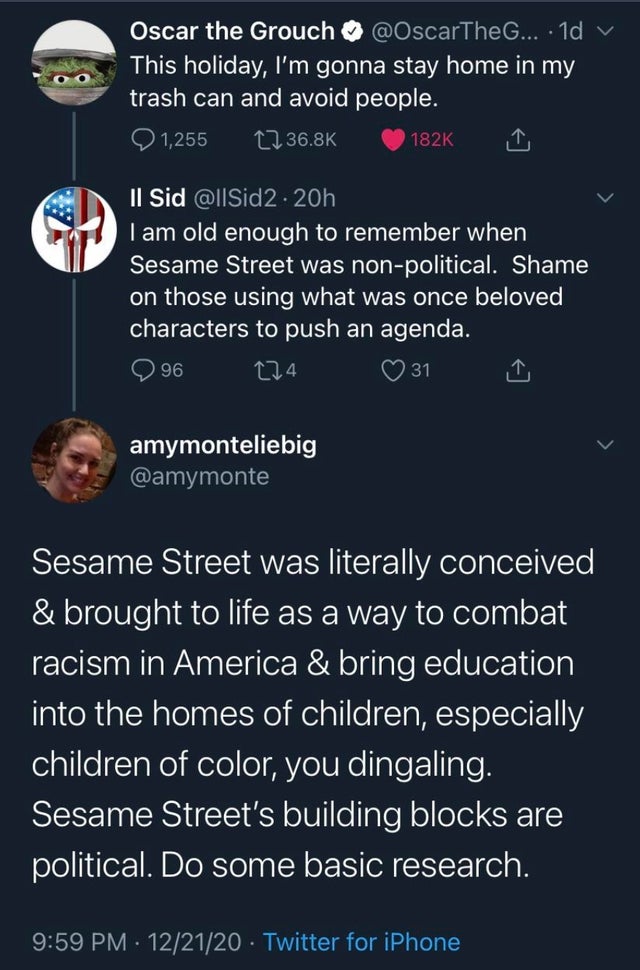 Good enough to make even Oscar the Grouch smile.

And some people reckoned Oscar wasn’t even try to make a point about the pandemic, he was just being a grouch. Which makes it even better.

Here are our favourite things people said about it over on Reddit.

‘Honestly with that profile picture what could you even expect from someone like that. That’s probably the least ignorant thing that they even could have said and I wouldn’t stick around for the follow up.’
10000SaxonMen

‘Imagine complaining that a piece of fabric with a fist in his ass is acting the way he’s always done.’
dazedan_confused

‘I did not even think that was political. Oscar just doesn’t like anybody.’
eternallnewbie

‘Yeah, I just thought this sounds exactly like what I want to do.’
balZbig

‘That’s the whole point of Oscar! He’s a grouch!’
Administrative-Film2

‘Sesame street “Don’t forget to look both ways before crossing the street, kids!”