There’s been no shortage of very funny – and often very brutal – responses to Boris Johnson dressing up as a police officer to announce his latest War on Drugs.

The Prime Minister is no stranger to raiding the dressing up box, but there was something about this outfit that particularly got people’s goat.

Prime Minister Boris Johnson says the government is ‘ramping up their campaign against the county lines network’, adding ‘we want everybody to grow up in safer streets’.

… and then it got even better when none other than Line of Duty creator and showrunner Jed Mercurio himself got in on the act. 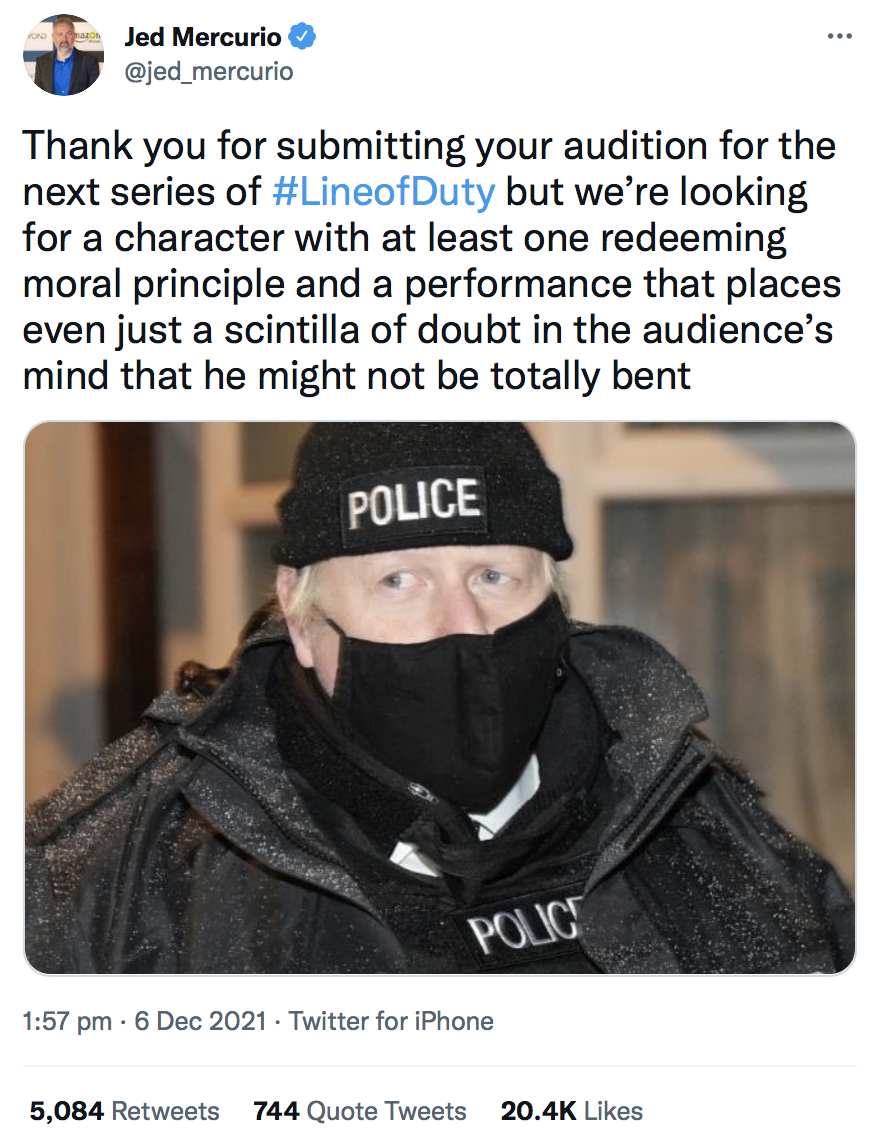 And here’s just a flavour of the love people had for that.

Twitter – Take the rest of the day off. It’s just peaked early.

And this is why Jed Mercurio is such a famed writer. Bravo. https://t.co/Db0SoYmGfr

Would literally love to see Boris interviewed by the trio. Hastings reaction to the constant obfuscation from BoJo would be a thing of beauty

That needs to be a comic relief sketch!