In the first of an occasional series, most outrageously entitled moment of the week surely goes to the parents who responded like this to their neighbours’ complaint about their noisy dog.

The exchange was shared by FL3TCHL1V3S (nice) over on Reddit who said: ‘This Guy’s Solution To His Dogs Waking Up The Neighborhood.’

First up, the complaint which looks entirely reasonable to us (based only on what we see here, obviously). 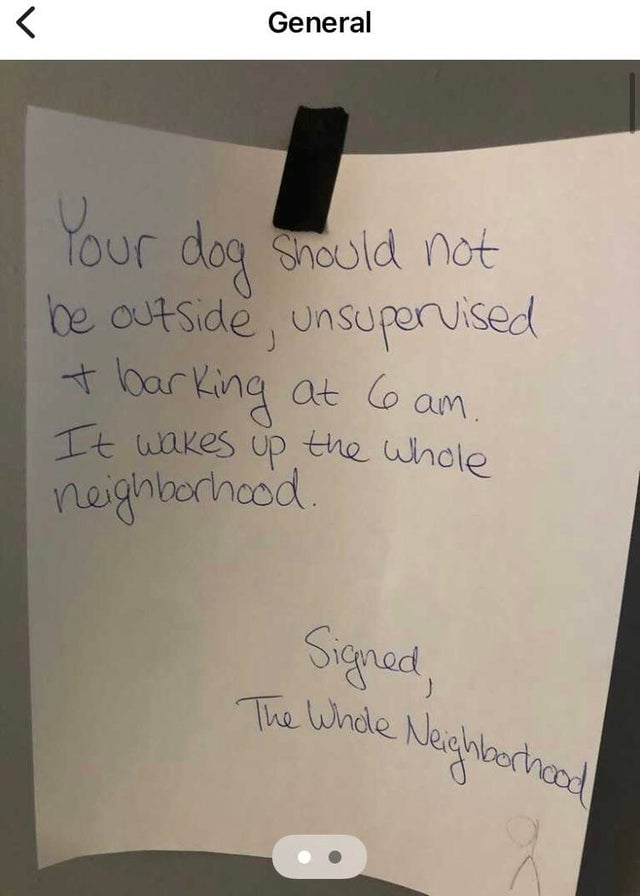 And here’s the ‘reply to all’ response. 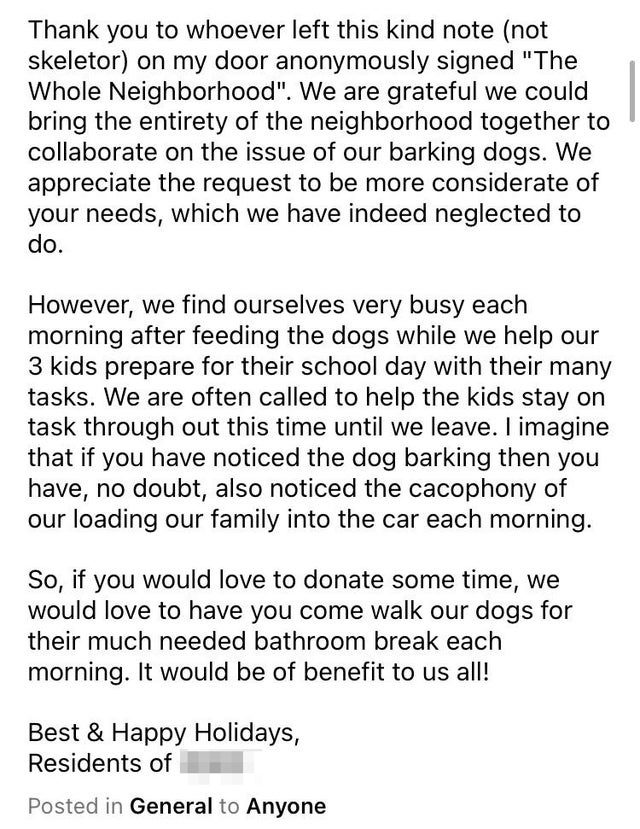 That sound you can hear is the noise of people facepalming their way into next week.

And it turns out they didn’t leave it there, either. 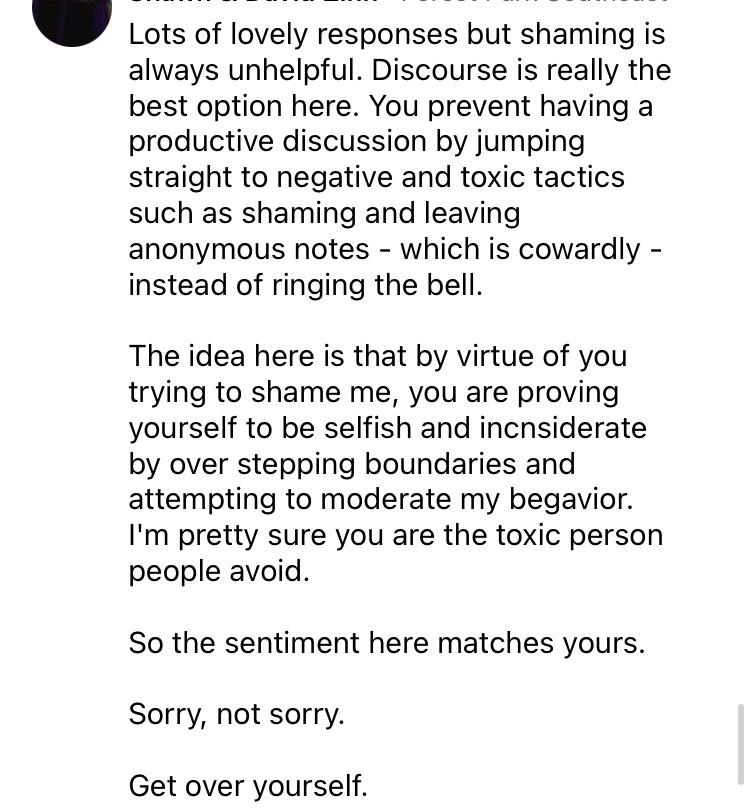 And here’s exactly what people made of that.

‘What an ass. If you don’t have time for dogs, don’t have dogs.’
horshack_test

‘Why do some people act as if taking care of their own offspring is a charitable act to the rest of us? I have a cockapoo who LOVES to bark and we are ALL over that!! I have told my neighbors to please tell us if we miss something and I mean it. I chose to get a dog, they didn’t.’
NoseyNiecy

‘As a parent, I’m sympathetic of their situation but also doubt that an occasional bark or two at 6am would prompt someone to write a note like that. That dog must be annoying as hell and they need to be self-aware enough to find a dog walker in the morning.’
VeryReasonablePerson

‘Classic response for someone who can’t admit fault and take responsibility for the situation (or their actions).’
robbowessy

‘Your kids? Your problem.

‘Your dogs barking? Your problem.’
kingakrasia