Leading contender for takedown of the week is surely this, an exchange which began when entrepreneur and investor Ryan Cohen said this.

He found an enthusiastic cheerleader in the shape of a guy probably unaware just how close his name is to an actor and one-hit wonder from Aussie soap Neighbours.

Anyway, that’s enough from us. 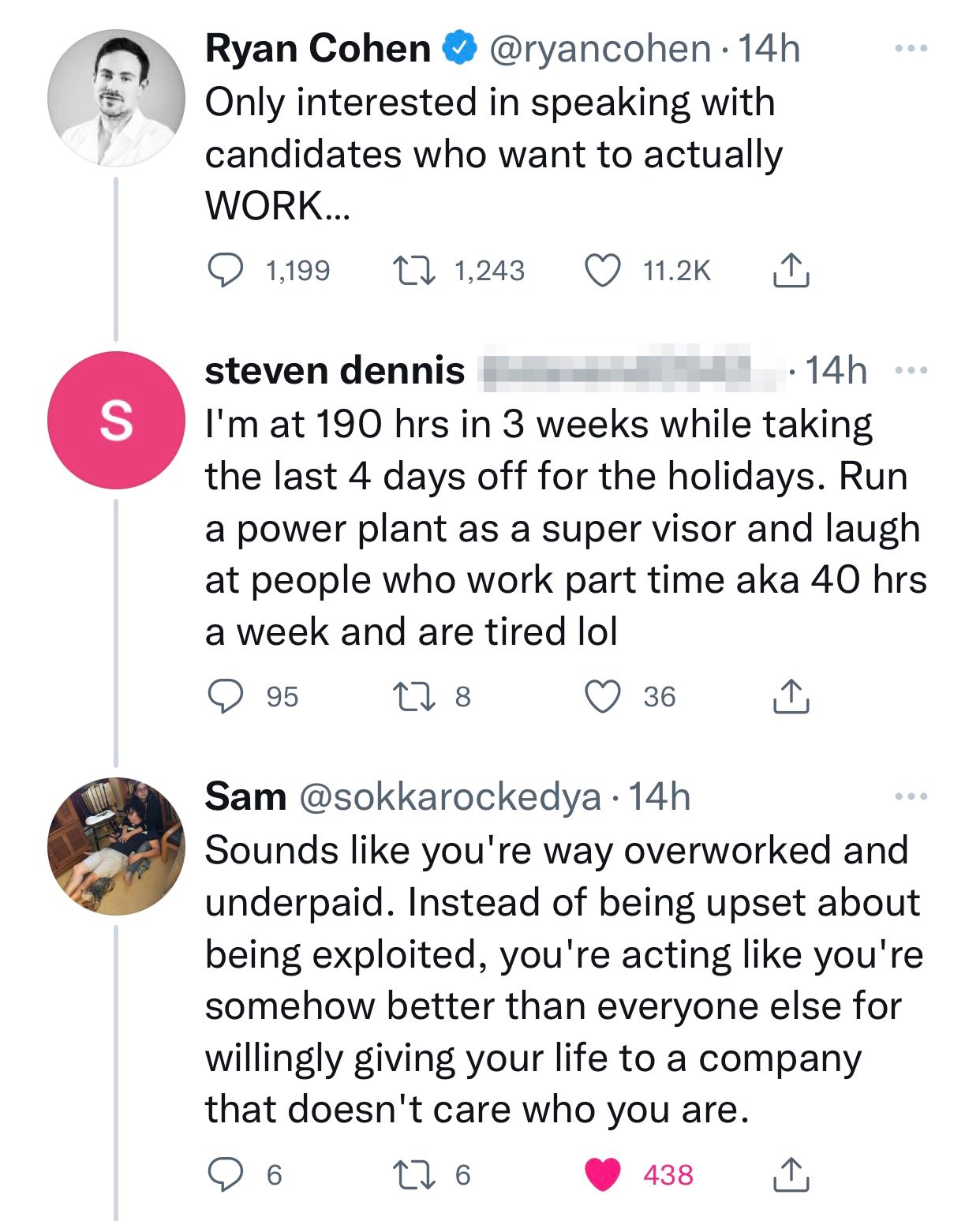 And not for nothing did it go viral after it was shared by the always followable ‘Conservatives Getting Owned’ – @cons_owned – on Twitter.

imagine bragging about wasting your limited time on this earth

I was going to suggest that maybe he was getting a lot of overtime, but then I noticed he was a supervisor, so almost certainly on salary. Poor guy.

If you’re an hourly consultant and you work 80 hours a week, then hey, you’re getting paid for it.

If you’re a salaried worker working 80 hours a week, you’re being exploited. You are NOT being paid for half of your time.

Even if you’re an hourly worker, you’re being exploited.

I got demoted to adequate visor.