Guy hacks his own job and gets paid to do nothing for 5 years, goes wildly viral

People love this story of a man who managed to hack his own job and ended up basically being paid for doing nothing for five years. For five years.

Sad to say it’s come to an end now after the story was shared by Cynicusme over on Reddit. But it was good while it lasted. Very good … 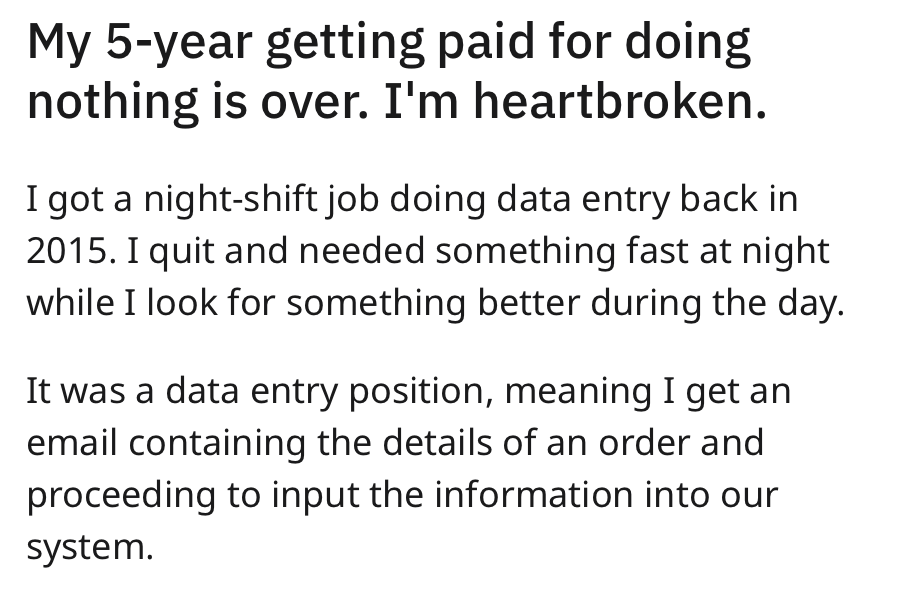 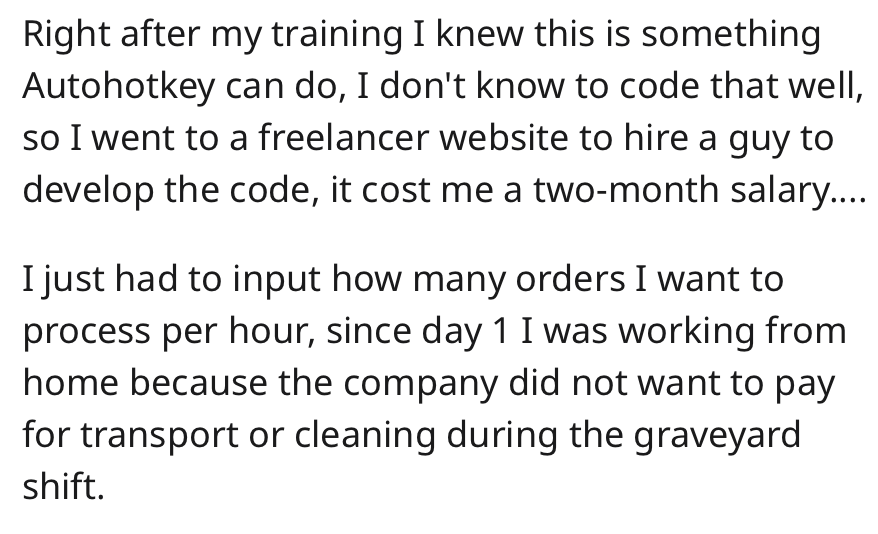 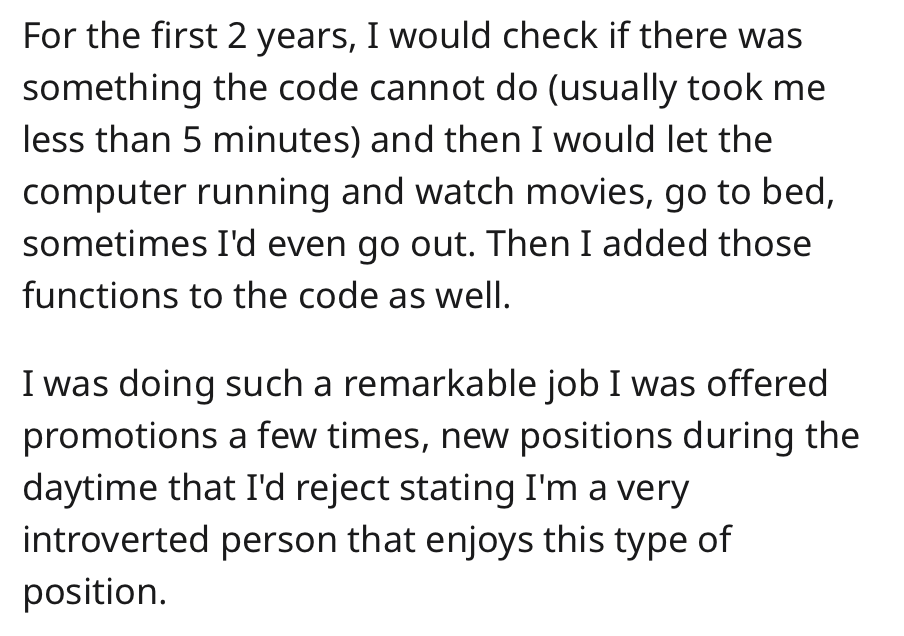 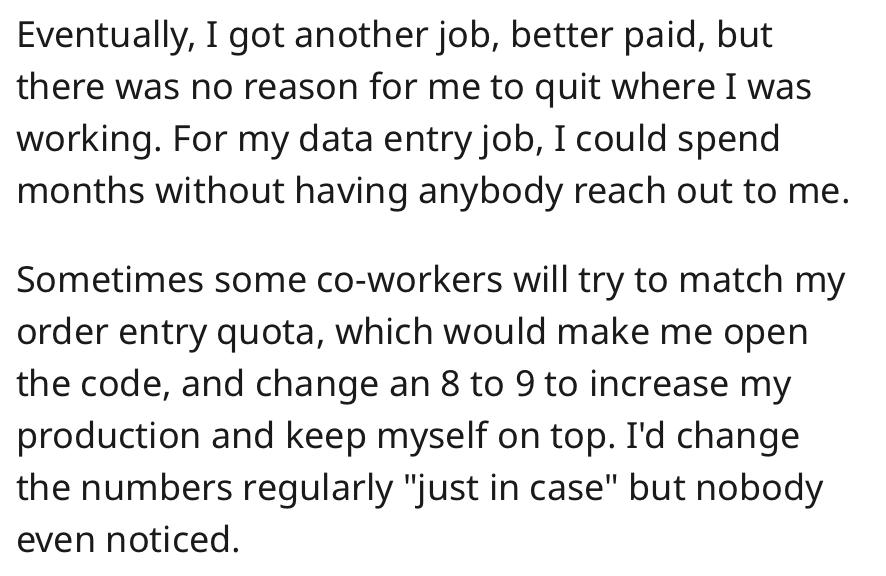 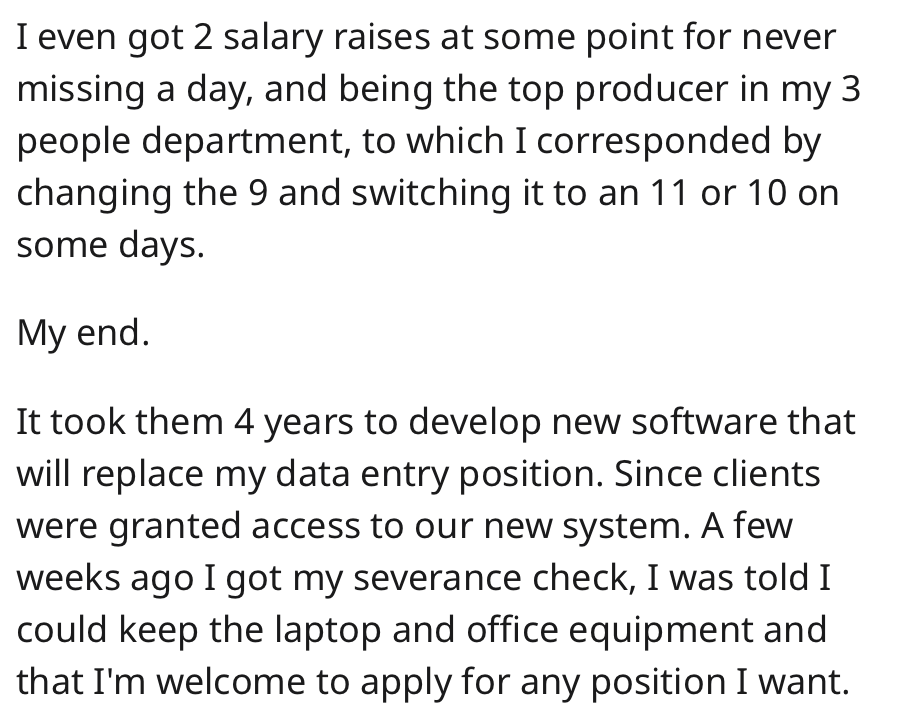 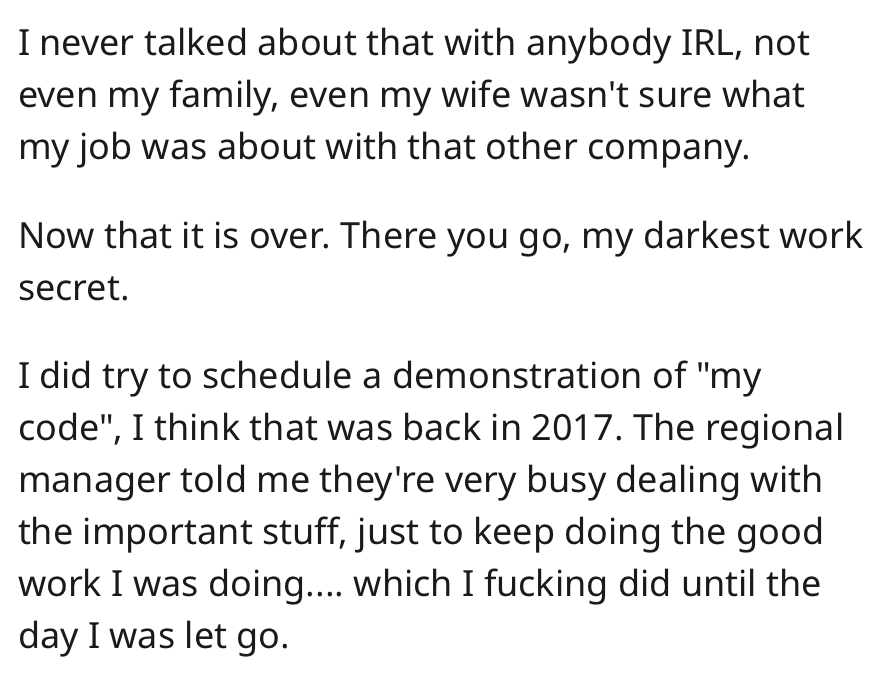 And here are just a few of the many things people said about it (with the occasional response from the original poster, Cynicusme.

‘Automate something for a company, get paid once. Automate your own job without anyone knowing and get paid for five years of doing nothing. Hats off to you, even if the ride is over.’
No-Negotiation-5701

‘I always felt some hidden guilt, but I knew in this subreddit I’d find support. Though I did try at some point telling them but didn’t really try very hard.’
Cynicusme

‘Guilt? Why? They paid you to do a job. You found the most efficient way to do that job. You produced more than your coworkers and did it in an error free manner. You have nothing to feel guilty about.’
MasterOfMyDomainX

‘It’s odd how efficiency is only good when it saves the company money, if it saves an employee time, energy, and sanity, it’s frowned upon.’
Lord_Ho-RyuAffectionateRow7572

‘Bro, you won the game.’
BPsPRguy