The star was asked whether he had any idea Chariots of Fire, the 1981 Oscar-winning Olympic drama which he starred in and was produced by David Puttnam, was going to be such a big hit.

And his answer appears to be nothing out of the ordinary until the unexpected twist in the tale which is surely deserving of an award all its own.

‘Incredible definition of “luck” from Nigel Havers in today’s Metro,’ said writer and critic Caspar Salmon, who went viral after sharing this excerpt from the Q&A on Twitter. 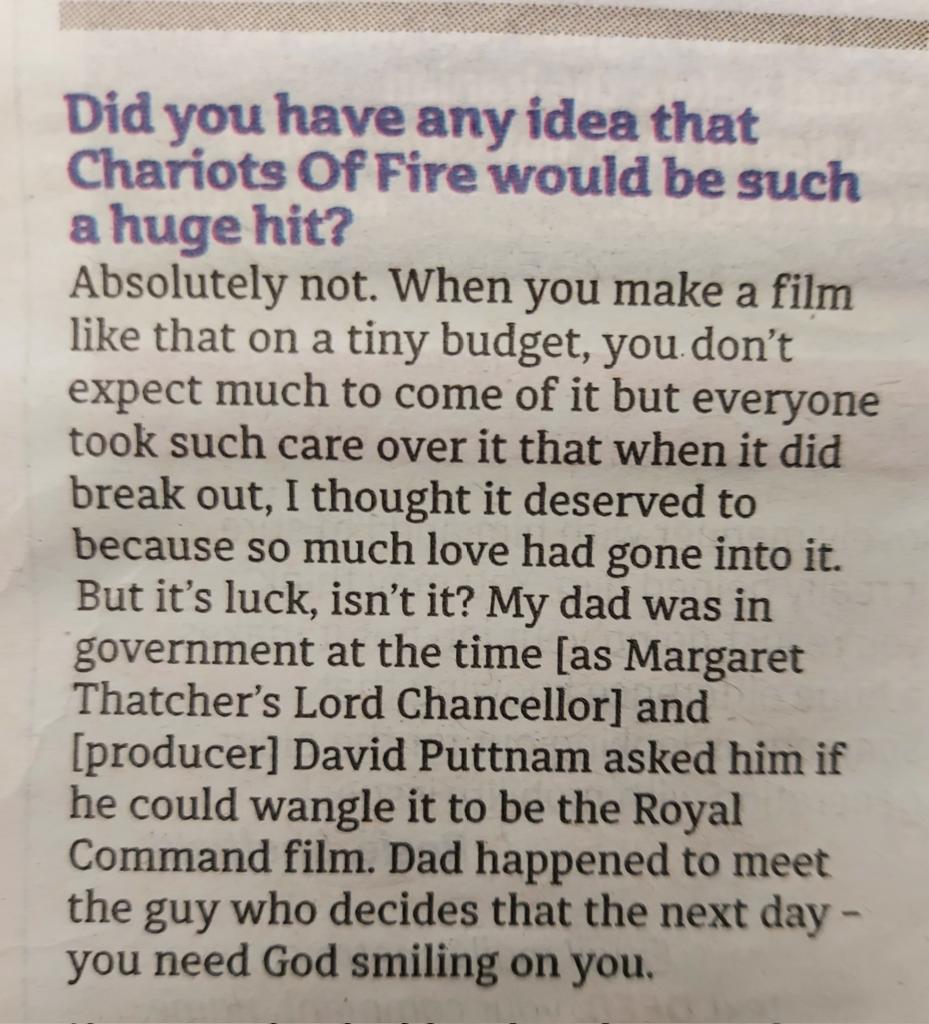 ‘Did you have any idea that Chariots of Fire would be such a huge hit?’

‘Absolutely not. When you make a film like that on a tiny budget, you don’t expect much to come of it but everyone took such care over it that when it did break out, I thought it deserved to because so much love had gone into it.

‘But it’s luck isn’t it? My dad was in government at that time [as Margaret Thatcher’s Lord Chancellor] and [producer] David Puttnam asked him if he could wangle it to be the Royal Command film.

‘Dad happened to meet the guy who decides that the next day – you need God smiling on you.’

And here are just a few of the comments it prompted.

When you’re blind to your own privilege everything good that happens to you seems like luck.

I’m putting a call into my Dad right now to see if he can get my music featured in the next Bond film.
He’s an 84 year-old pensioner in Birmingham, but I might be lucky.
Fingers crossed hey. 🤣

“And Daddy just happened to be the actual Lord Chancellor at the time. Which was nice.” pic.twitter.com/IgUJVmErH0

Just in the interests of balance and all that, there were also people saying this.

In all fairness: all of that IS luck, though? Just happening to be born into privilege and a system/situation/life where all those things are possible? Not saying that it is, but that -could- be what he meant?

I think perhaps Nigel’s definition of luck = being born into a wealthy and connected family.

And while we’re talking Nigel Havers – not a phrase we get to use very often – there’s no better time to remember when he won the battle of the video call backgrounds.

Nigel Havers knocking it out the park with the battle of who has the best background on video call. pic.twitter.com/2PqwoB7Zlg