Family feud of the week is surely this, a tale shared on the subReddit ‘am I the asshole’ about a cat owner who let their pet sit in the roasting pan and, well, it really did escalate from there.

It’s fair to say their sister wasn’t happy, they really weren’t happy in the story shared by Redditor randogenerate who asked: ‘AITA for letting my cat sit in the roasting pan?’ 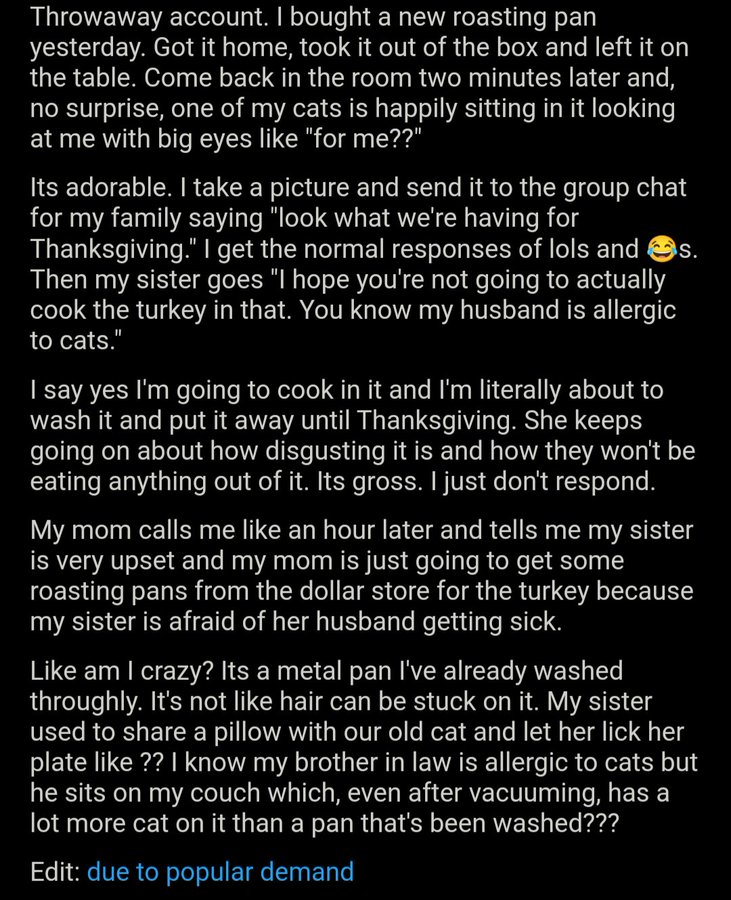 And it was followed by this picture because so many people asked for it. 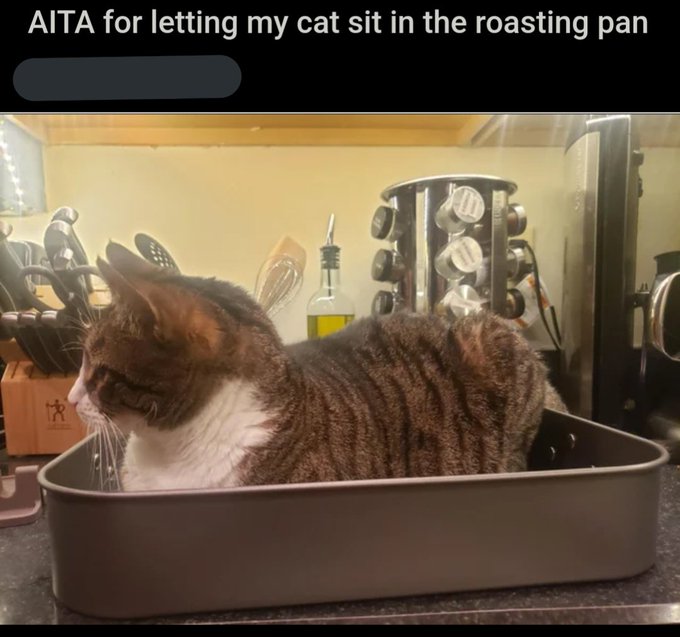 And the people’s vote was unanimous. NTA! (aka Not The Asshole).

‘NTA – Your sister lacks the requisite intelligence required to understand common sense things. That’s not on you. A clean pan that a cat has sat in will not trigger allergies. Cats do not have spirit energy which enters the pan, which then causes the allergy.’
KittyKittyMuffinPile

‘lmao I refuse to believe your sister is this naive and I think she’s just starting drama for no reason instead. but either way you’re NTA.’
windyafternoon

‘It’s been washed and it’s made of metal. There are going to be cat hairs in your house, probably some even in the food, from the fact that you have a cat. That’s not really avoidable, but the pan is clean.’
Djorgal

‘NTA. Cats will be cats and if you wash the roaster with soap and hot water it will be fine. One of my cats loved to lay on my griddle after I used it while it was still cooling off.’
Lakota_Six

‘Your sister is… not intelligent if she thinks the cat sitting in the pan will trigger allergies. His allergies will be triggered by the fact that he’s in the same house as your cat. Your mother needs to stop enabling her ridiculous behaviour simply because she’s having a tantrum.
Zestyclose_Meeting_8