You’ll know James Blunt is very good at Twitter and it turns out – to no-one’s great surprise – that he’s very good at magazine Q&As as well.

He’s just been featured in the Guardian’s Saturday magazine a few days ahead of his greatest hits release and a very entertaining read it is too.

It went viral after it was shared by historian and presenter Greg Jenner – @greg_jenner – over on Twitter.

And just in case you’re still in two minds whether it’s worth it, here are some highlights. 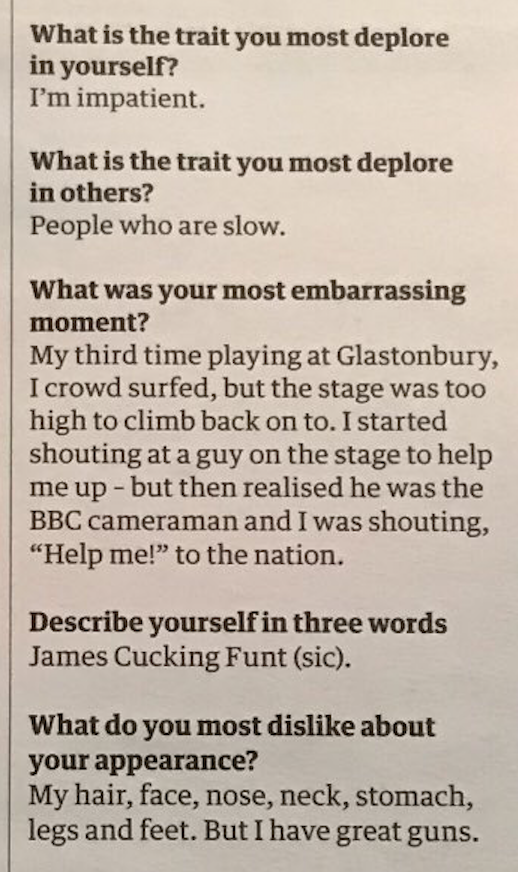 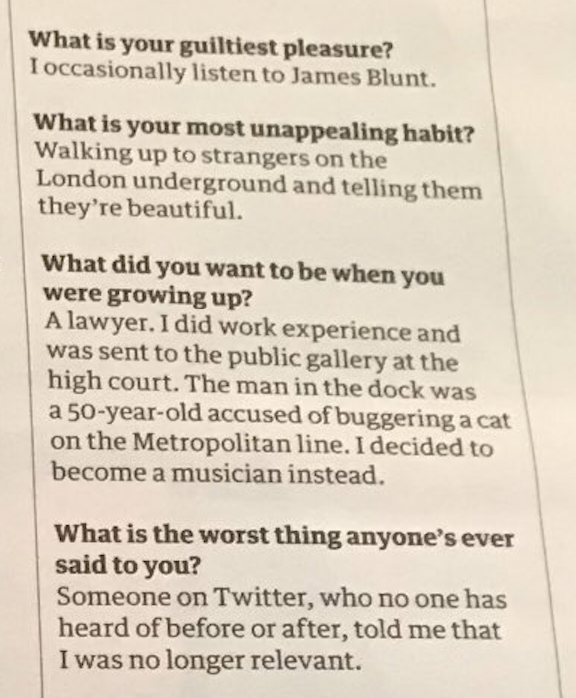 We had him as a guest on the F1 post race show and he was hilarious. Quick witted, self deprecating, amazingly sweet and incredibly generous with his time. He’s an all round brilliant bloke. The story of him selling his sister on eBay is absolutely incredible.

… which was impossible not to look up, obviously. Here’s what Blunt told GQ back in the day.

“The stupidest thing I’ve ever sold is my sister, on eBay. I was waiting for my first album to come out and ended up selling pretty much everything I owned on eBay. I had a mild addiction.

“I came back to the flat where my sister was staying and she was crying because she couldn’t get to a funeral in Ireland. The planes were on strike, the ferry was out of season and there were no trains.

“I ended up whacking it on eBay: ‘Damsel in distress seeks knight in shining armour! Desperate to get to a funeral in Southern Ireland, please help!'”

“The bids flooded in and the guy who won had a helicopter. He flew her to the funeral. That was three years ago, this summer they’re getting married!”