Not the first anti-vaxxer takedown we’ve featured on these pages and it won’t be the last. But it might be one of the most satisfying.

‘Don’t come at immunologists,’ said biorod who shared it over on Reddit. 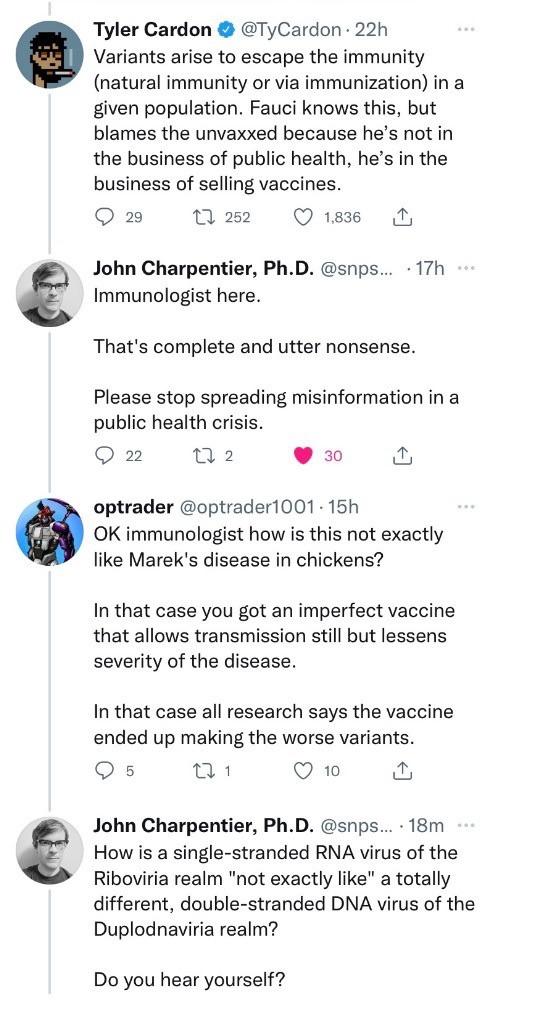 ‘Ahhh, my favourite moment in any argument: the point at which Professor Google, having spent upwards of a whole hour on the internet, pulls out what they genuinely believe is the unstoppable single-shot-kill argument. It’s actually quite sweet, in a way.’
Subject_Economy

‘Response is perfect because that guy has no hope of decoding it to give an intelligent response.’
PercentageCandid

‘Seriously, I didn’t know how fucking stupid people could be before corona.’
Axton7124

Last word to this Isaac Asimov quote, shared by pairolegal.

“There is a cult of ignorance in the United States, and there has always been. The strain of anti-intellectualism has been a constant thread winding its way through our political and cultural life, nurtured by the false notion that democracy means that ‘my ignorance is just as good as your knowledge.”