It was good news when the Dave TV channel picked up the Mash Report after it was dropped by the BBC, because we’d hate to have seen the last of their biting satirical takes.

Such as this NSFW message on behalf of women.

The only message you need for #InternationalWomensDay… 👊 pic.twitter.com/LUJiZUZGMw

We couldn’t leave out this far too real guide to reducing immigration.

And if you’re confused about BBC impartiality, this might help.

Here's @RachelParris with a brief guide to BBC impartiality… 😂📺 pic.twitter.com/BkazKMjiH4

So …they left the BBC, but kept their satirical chops. This is what Ellie Taylor and Jason Forbes had to say this week about the government’s call for a more respectful public discourse. 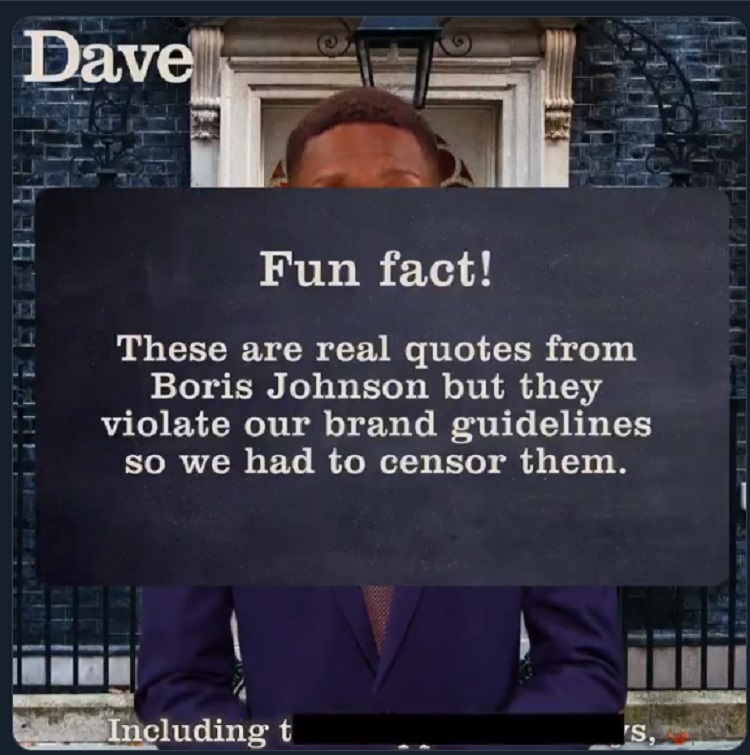 We can’t tell you exactly what was said, but there was definitely a homophobic slur, some more than casual racism and a sizeable portion of misogyny.

Nish Kumar put it in a sarcastic nutshell.

Pretty cool that we aren't allowed to broadcast things the Prime Minister has said because they're too racist. https://t.co/jjIEu1UYra

Oh well at least he didn't kill everyone

The namechecked James O’Brien appreciated it.

And this is how it landed with a few other tweeters.

So true it hurts https://t.co/sGZCy6lG5U

That ender was 🔥 honestly. https://t.co/FTUs5xLuGu

Be fair, Nish. You couldn’t broadcast *some* of them because they were too homophobic.

Copyright the current Secretary of State for Culture, Media & Sport. Seriously. (I wish it wasn’t.) https://t.co/c1q7Bntzbw