This entitled diner’s schoolboy error wins facepalm of the week

The latest in an occasional series, facepalm of the week goes to this disgruntled – and entitled – diner who wasn’t happy with her treatment at this eaterie because, well, have a read for yourself.

‘It’s the principle that matters …’ said _Xyreo_ who shared it over on Reddit. 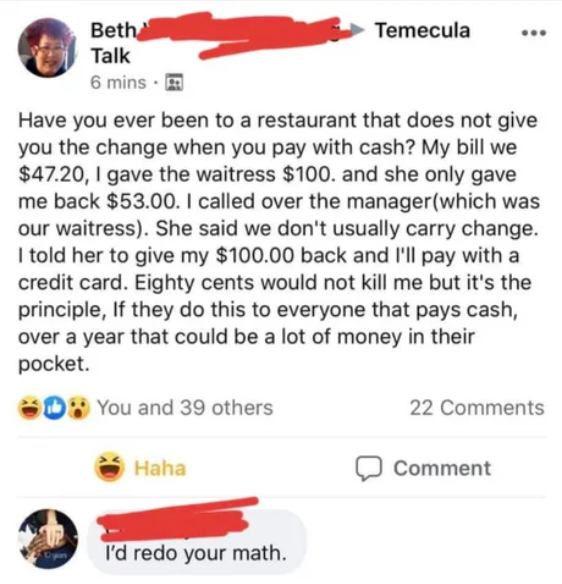 ‘I dont believe in math.’
castaspela

‘Hey waitress you gave me to much money, I’ll pay on my card instead …’
j_miyagi

‘Imaging being such an idiot…’
Puzzleheaded_Bug_964

‘I used to do this as a server. The change bouncing around all night in my apron got old and heavy. So I started eating the change in favor of the customer. It worked out for me most times as leaving whole bills as change the customers were more inclined to leave me whole bills and not a handful of change.’
mtrash

Sometimes the very best takedowns are also the simplest