The Aussie takedown of this American’s pro-gun tweet was all killer, no filler

Leading contender for comeback of the week is surely this one, shared by Redditor beerbellygone who said: ‘See ya, wouldn’t wanna be ya.’ 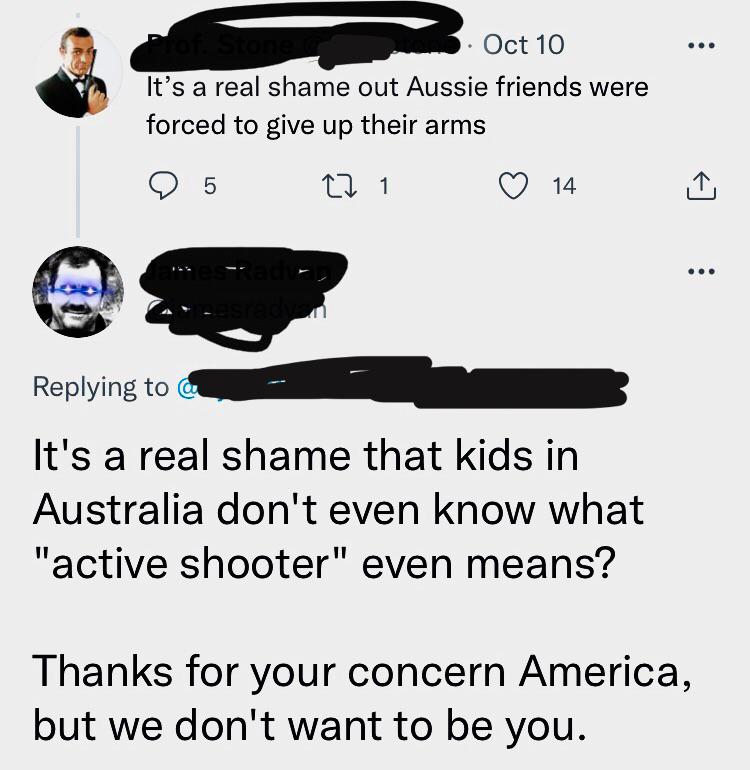 ‘lol. I like how American gun nuts think we don’t have guns and can’t get them.

‘We still have guns, fellas. We just treat them as tools rather than sexual aides.’
JackdeAlltrades

‘The kangaroos were struggling to hold them, so it was only fair.’
espress_0