We’re used to people arguing about whether beans deserve to be part of a cooked breakfast (And they do – they definitely do.), but beans on toast is generally fairly uncontroversial.

There may be the odd spat about whether both pieces of toast go under the beans, or should one be kept to one side so it doesn’t go soggy, plus the brown sauce or no brown sauce issue.

But we never expected to see anything like this, shared by u/Snoo92783 on Reddit’s r/CasualUK forum. 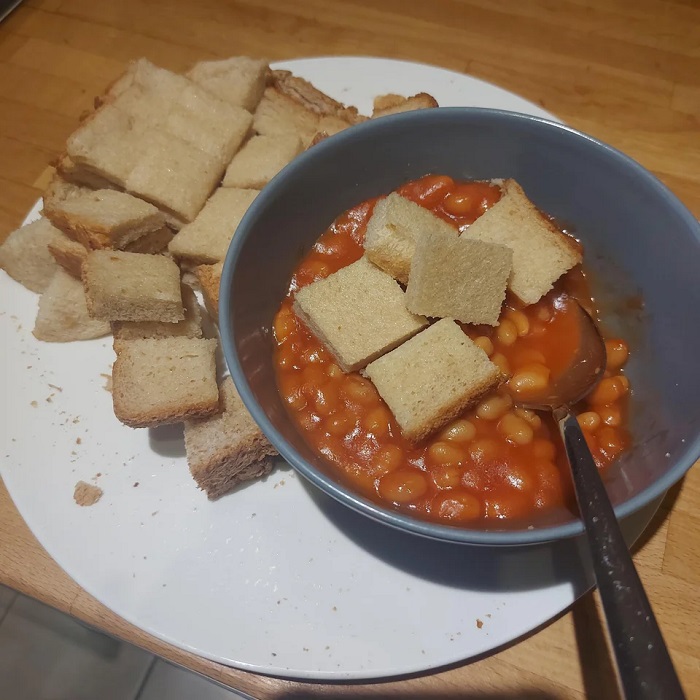 So …let’s unpick this. That’s not toast, and though there are beans, they aren’t on the not-toast? Got it.

That there is bread. I’ve seen freshly sliced loaves that were darker than this stuff.
cake_flattener5

Do you toast your bread on a radiator?
JDH1991

Throw a sprig of parsley on top with a slice of butter and you could peddle it somewhere upmarket easily under the name of Soupe de Haricots avec Croûtons.
Sgt_Colon

In Heinz sight, he could have cooked it longer.
craftyindividual

We’re not entirely sure that u/Dydey was joking about this.

If we all club together we can have a petition signed and in front of parliament tomorrow to prevent this blatant abuse of our traditions.