Comedian Ken Reid’s takedown of a recurring theme of the anti-vax dialogue is one for the ages. 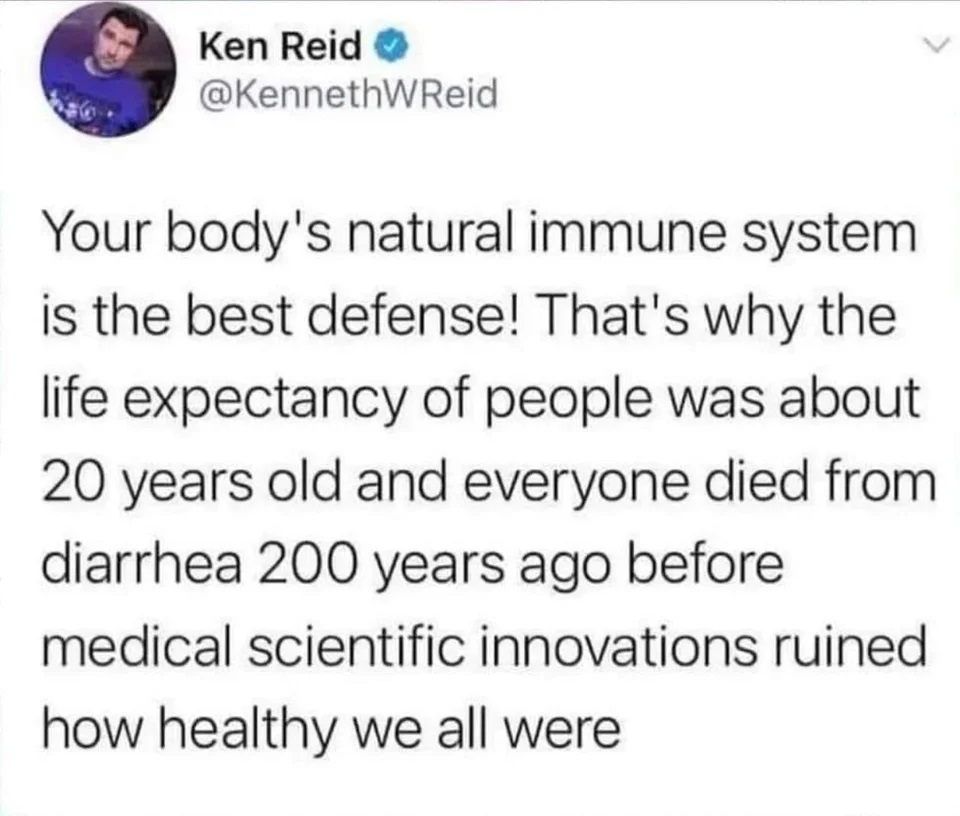 He may have fudged the life expectancy age for comic effect, but it hits the point home very well.

Redditors thought so, too.

Its amazing to me how dumb these anti-vaxxers are.

“I have an immune system!”

Hey dumbfuck, do you know what vaccines do for your immune system?
DoubleGunzChippa

Miserable_Bridge6032 had a brief moment wondering whether Ken had gone to the dark side.

Had me in the first half for a moment ngl.