You surely won’t see a more entitled relative this week. It’s an aunt who was naturally delighted with her nephew’s kind offer of free text books for her daughter.

She was less pleased with his entirely reasonable suggestion that she pay for postage or, you know, come and pick them up for herself (we don’t know for sure but we’re guessing they’re quite heavy).

And her fury went viral on Reddit after it was shared by emperor_augustus_ who said: ‘Aunt doesn’t like that I asked her to pay shipping.’ 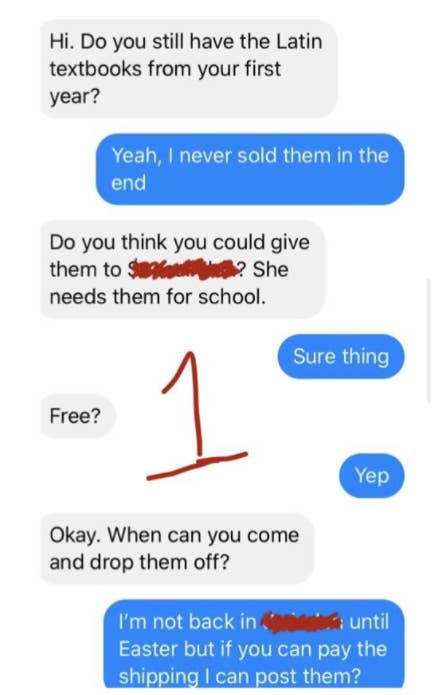 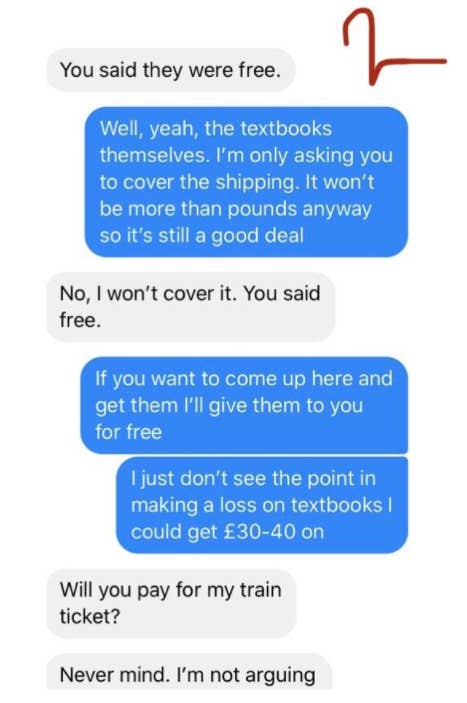 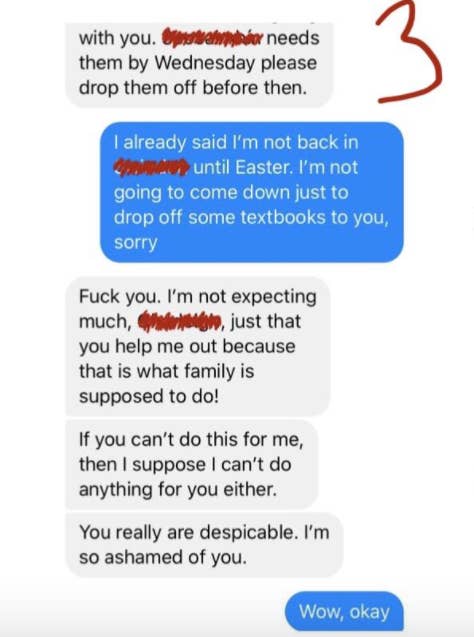 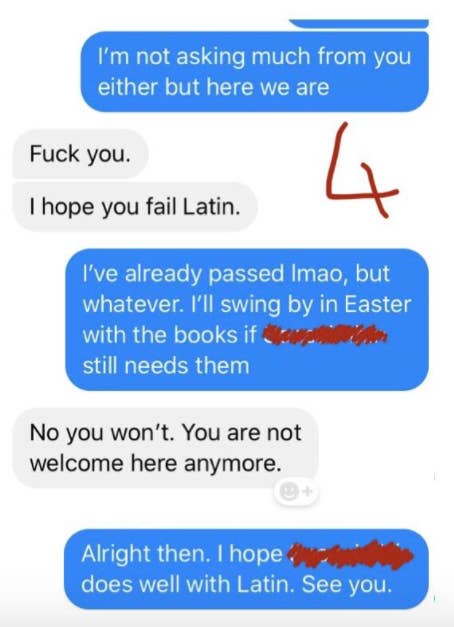 And here are just a few of the things people said about it.

‘tHis Is wHaT FaMiLy iS suPpoSeD tO Do.’
agordone

‘Her options were really either pay 10$ to ship or pay full price for the textbooks. She chose third option of paying full price AND being the family embarrassment.’
jnels808

‘Also fuck you in the same text. That’s what got me.’
OJMW87

And this person had a question for the original poster.

‘She was weird from the beginning not saying thank you after you said she could have them for free. Was there already some history between you two?’
[deleted]

‘No. I mean we’re not super close, but nothing has ever actually happened. I just don’t see her a lot.’
emperor_augustus_

This restaurant’s exasperated takedown of entitled customers is fabulously done