The takedown of this ‘if you don’t like it, leave’ American is A++

It’s a familiar recourse of a certain type of person to suggest that if you don’t like something about a country, then rather than try to change it for the better, you should just go live somewhere else.

It was a tactic used by this American in an exchange buried deep in YouTube that went viral because the comeback was just so good.

‘Sometimes you can find some gold in YouTube comments,’ said ginpanse who shared it on the subReddit ‘murdered by words’ and this is why. 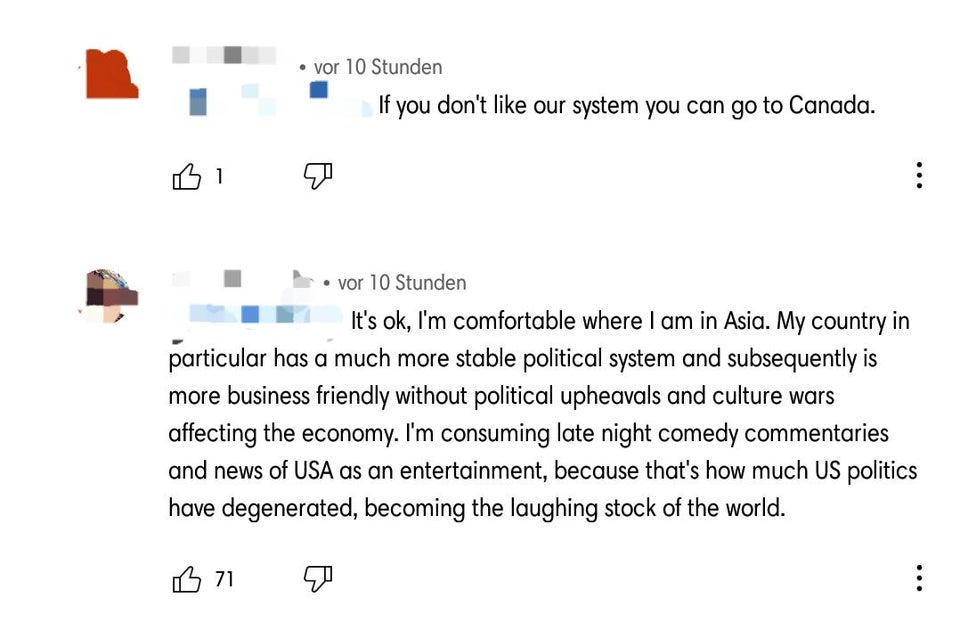 ‘If you don’t like our system you can go to Canada.’

‘It’s okay, I’m comfortable where I am in Asia. My country in particular has a much more stable political system and subsequently is more business friendly without political upheavals and culture wars affecting the economy.

‘I’m consuming late night comedy commentaries and news of USA as an entertainment, because that’s how much US politics have denigrated, becoming the laughing stock of the world.’

And just three of the comments it prompted.

‘The “if you don’t like it, you can leave” crowd could take their own advice with all the things they’ve been complaining about lately.’
Hazard0usH1ppy

‘The late comic Barry Crimmins had the best response to this – “I would leave but i don’t want to be a victim of America’s foreign policy.”
mattholomew

“Love it or leave it” is a false dichotomy. If I don’t “love it” I can vote to change it.’
Cryptophyte1