The unexpected family fallout from calling a dog Brad is a fabulous tale, beautifully told

To the subReddit ‘Am I the asshole?’, the place where people share their (mostly) real-life stories in the hope of finding out whether they’ve done the wrong thing – or the right.

And this is a classic of the genre, the tale of a man who called his dog Brad only for it to have unexpected consequences. Especially for his sister. 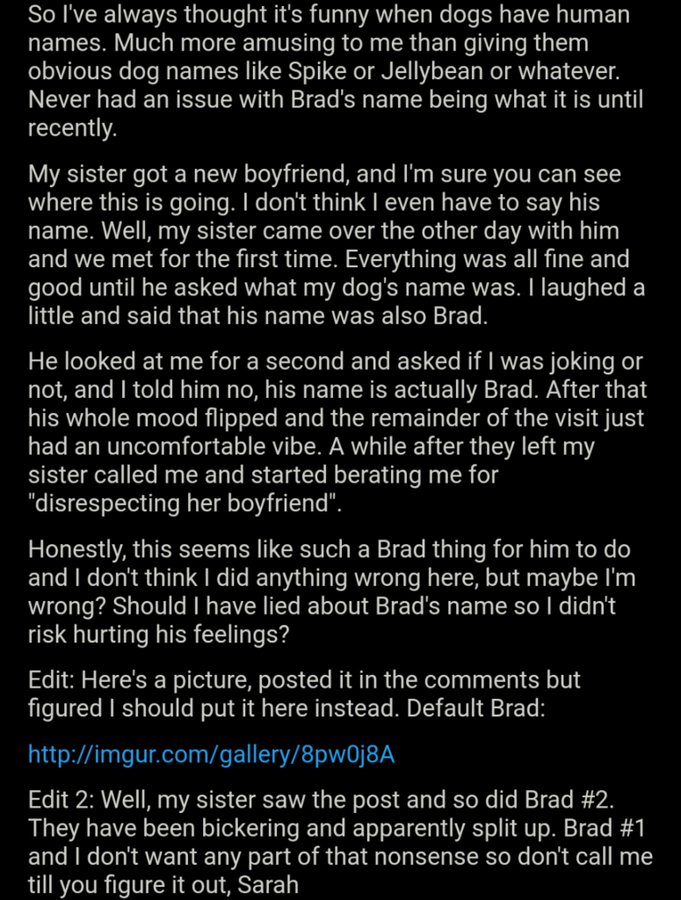 It went viral on Reddit and found a whole new lease of life after it was shared by @AITA_reddit over on Twitter.

My dog was Geoff, then we met a Geoff. So we had Geoff, and Geoff the Human.

NTA, sharing a name with a dog is an HONOR and a PRIVILEGE

If you named your dog Brad *after* meeting the bf, that would be a bit of a dick move. But it doesn't sound like that's the case here.

Brad here just saved that sister from a relationship with a turd. She should be grateful!

The original poster later shared a picture of Brad on Imgur. 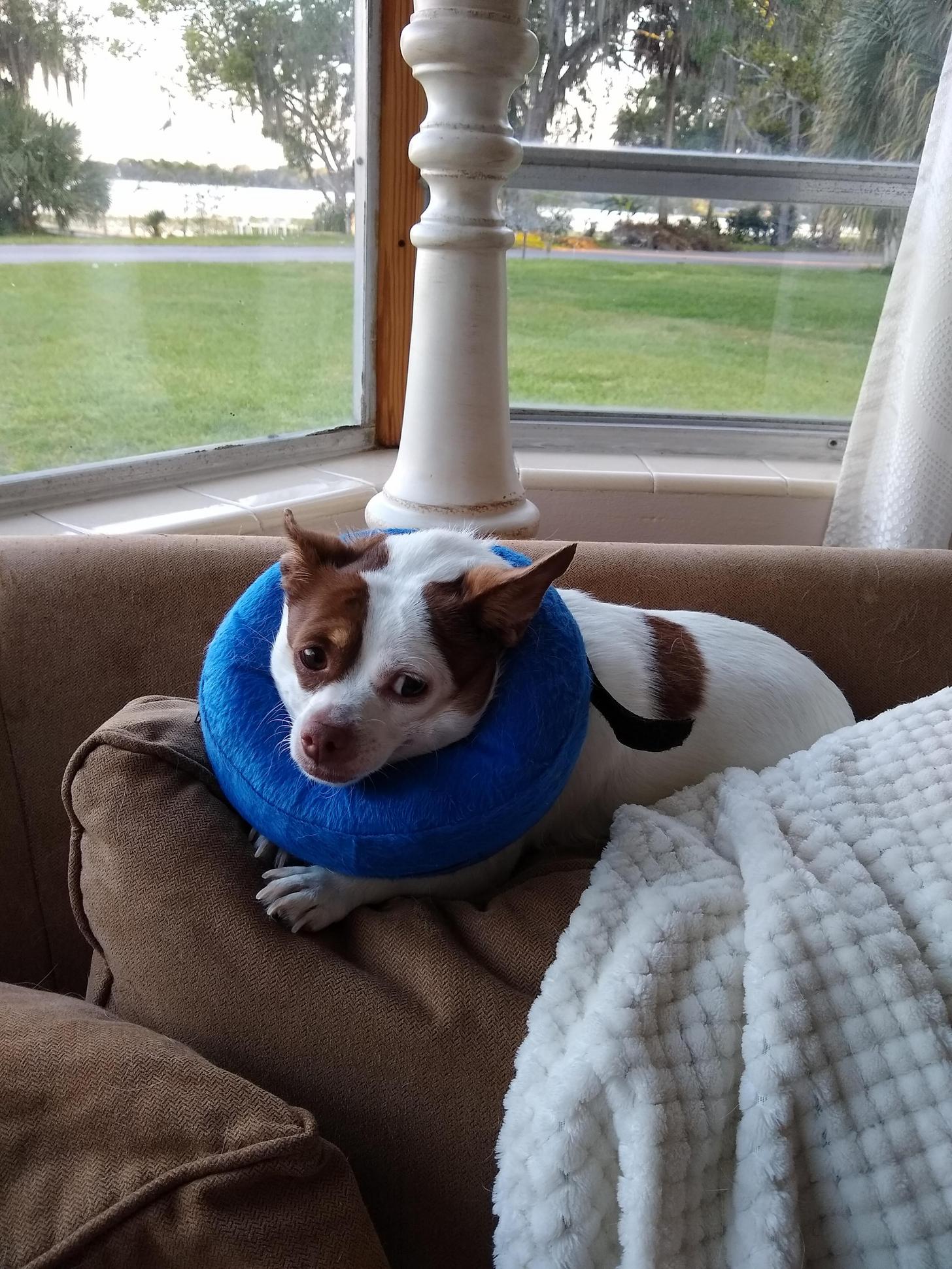 Brad #1 is not having it! pic.twitter.com/7DqFiKTrlr

“I met my sister’s bf for the first time, he found out that he shares the name of Brad with my dog and they started bickering about it to the point where they broke up. AITA?”

Hahaha, lord no, NTA. It’s not your fault that your sis found a guy w/the same name as your dog.