Ahead of an American football game in North Carolina, a van bearing an anti-vax message hit the streets around the stadium. 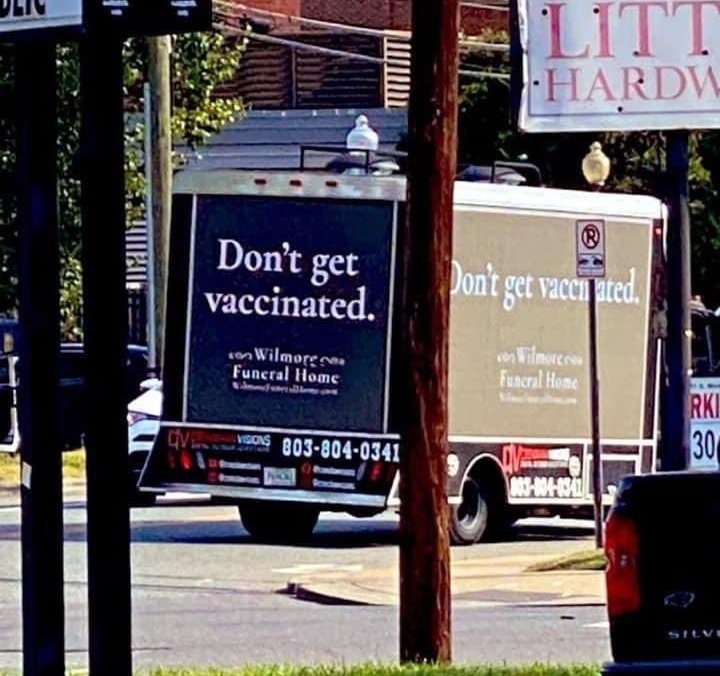 As you may have spotted, the smaller writing bore the name ‘Wilmore Funeral Home’, which doesn’t appear to be a real business, but is obviously just a lovely bit of top trolling. 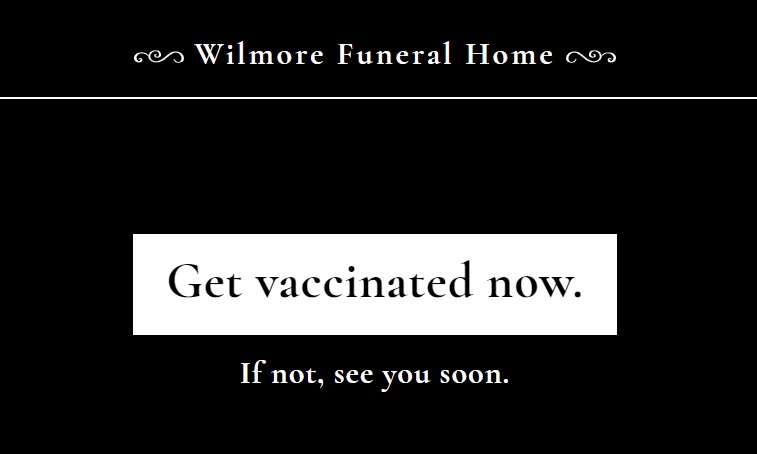 Nothing else – just that. Redditors were impressed.

I gasped out loud when I first saw this. Too good.
DiegoDynomite

I don’t know where Wilmore Funeral Home is, but I’d like to have the honor of being buried by them
Haunt3dCity

I’m Donald Trump, and I approve this message.
Mister_Mystery000