You’re probably aware of Nicki Minaj’s only slightly unusual warning that she shared on Twitter about the perils of the vaccine and, er, swollen testicles. 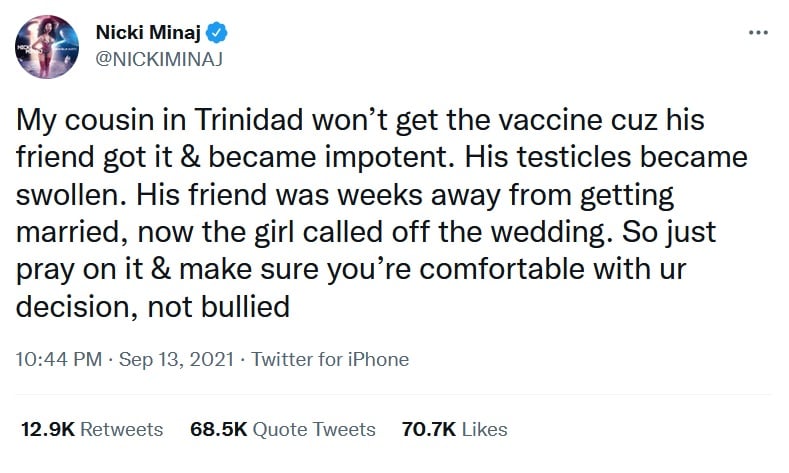 And if you’re thinking that she was asking for no end of mockery then you’d be absolutely right (you can read 15 of our favourite responses here).

But just when we were thinking it couldn’t get any better, along comes this clip of Fox News’s famously anti-vaxxer Tucker Carlson reading it out on air.

And there’s something about the way he does it – and the po-faced post-script – that is simply glorious.

If this was just a con by her to get him to say that phrase on national TV, it might have been worth it.

Embarrassing, even for him

Tucker is making the old SNL Weekend Updates from the 1970’s look like real news.

I’m rubbing my temples as I tweet this because. I can’t anymore.