A magazine tried to bodyshame Vin Diesel and it backfired spectacularly

Celebrity gossip webzine, Page Six, shared some long-range photos of what they described as Vin Diesel’s ‘less-than-shredded torso’ – otherwise known as a dad bod, from his family holiday in Italy. 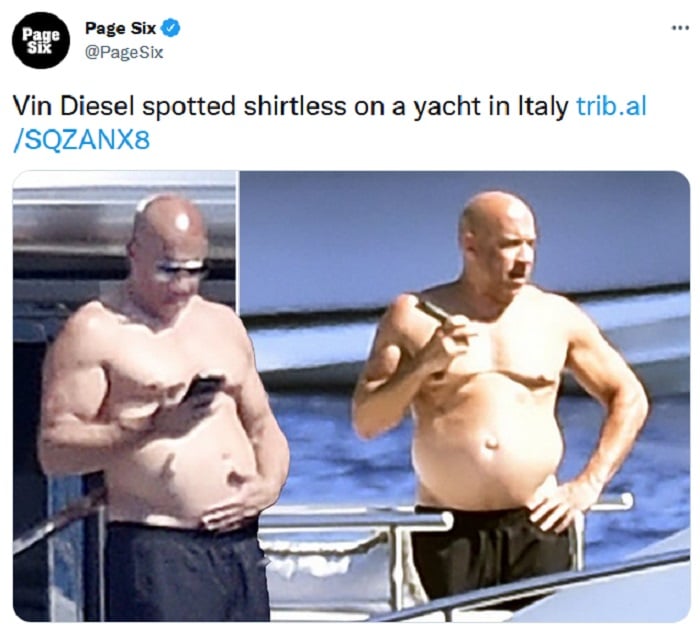 There were some pretty mean reactions to the 54-year-old actor’s appearance, including these comments.

This is the ideal male body. I'm sorry if that offends you. https://t.co/devreeUP3j

damn leave him alone
he just want to enjoy his yacht while yall over here taking pictures of him https://t.co/I2PQ3cnUdt

Was gonna make a Too Fat Too Furious joke but then I remembered that this man has more money than I will ever have and that my dream is to retire to Italy to eat pasta and hang out on a yacht. https://t.co/QiXCI88Izk

One tweeter, however, had the best takedown of Page Six’s ‘shirtless on a yacht’ headline.

and you are yachtless in a shirt. don't act like he's the loser https://t.co/kEGOgPddHC

from Andy Samberg GIFs via Gfycat