Nigella Lawson had the best response to this ‘demonic entity’ troll

Twitter can be a strange place, as no-one anywhere needs reminding, ever.

We only mention it after everyone’s favourite TV chef Nigella Lawson shared this particularly odd bit of trolling from someone who called her a ‘demonic entity’, among much else besides.

It all started when Nigella posted this entirely inoffensive looking recipe for pink Beetroot and Chick Pea Dip (or Beetroot Hummus, if you prefer). 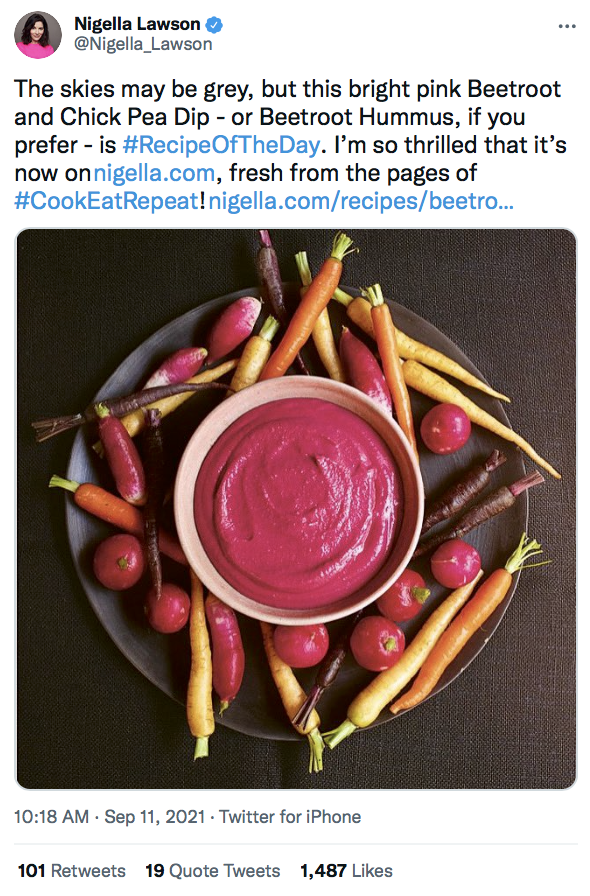 And it prompted this most unlikely response.

There was no shortage of funny and totally on-point replies, like this one for instance.

Pal, if you don’t like beetroot hummus that’s ok but you can just scroll on

But the best response(s) surely came from Nigella herself, who first of all retweeted it and then said this.

My next book: How To Be A Demonic Entity

I need to change my Twitter bio to Demonic Entity

And she really did. 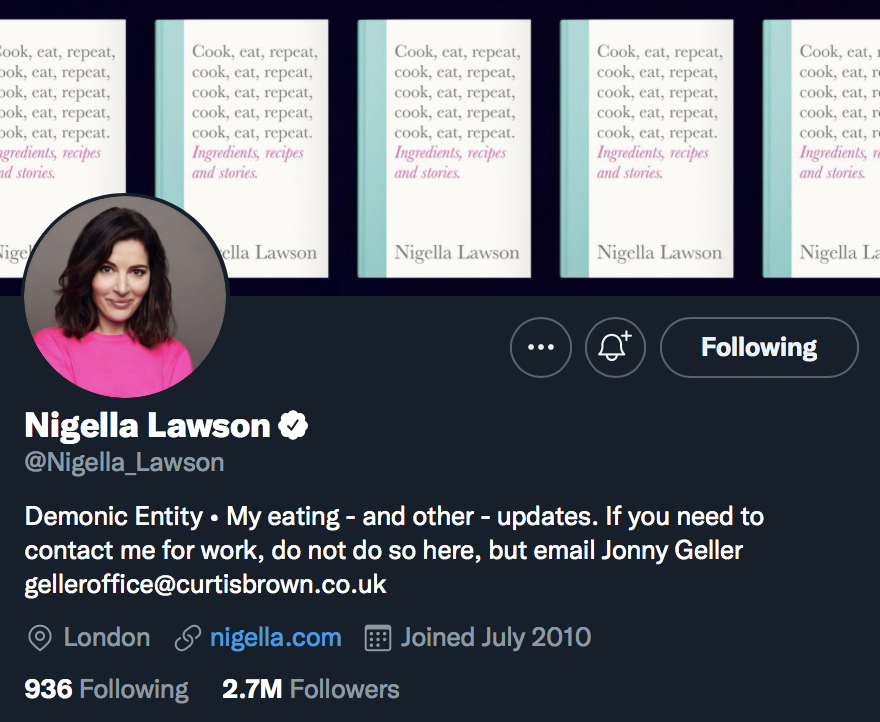 You just gave a tremendous stage to a 33 followers 39 following account. Good job. 🙂

It would have been selfish not to share the joy!

Since you’re Illuminati can you answer me this, is it worth using and spending the more fiddly time peeling and chopping shallots instead of onions when making a pepper corn sauce?

Yes, but I don’t use those little round shallots, but banana shallots or, as they tend to be labelled now, echalion shallots, which aren’t at all fiddly to peel

While we’re here, would be remiss not to use it as an excuse to enjoy this again.

Nigella Lawson saying 'Microwave' like this has made my Christmas already pic.twitter.com/ByXTDVIloq

17 people winning at life by ‘acting like they belong’