There’s a real buzz around this ‘Bee fires beekeeper’ sketch

We’d be in a really bad place without bees, and we’d be in a pretty rubbish one without Adrian Bliss. The brilliant sketch comedian has combined his own talent and enormous collection of costumes with some tough news for beekeepers – or one in particular.

We like to imagine Adrian going full Method for this one and spending a month flitting among his neighbours’ flowers. It’s had more than eight million views in a matter of days, so you could say there’s a real buzz about it. 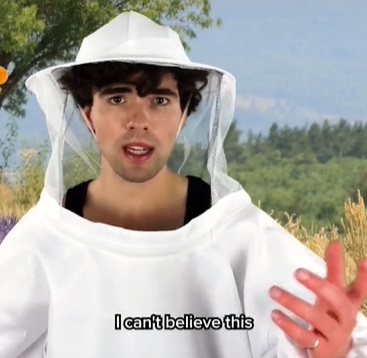 Finally, some extra comedy from Adrian.

This comeback to a flat-Earther is out of this world