There’s no shortage of cultural differences between the UK and the US, obviously, but this particular Redditor was only interested in one of them, the two nation’s differing attitudes towards alcohol.

Specifically, the concept of ‘going to the pub’. 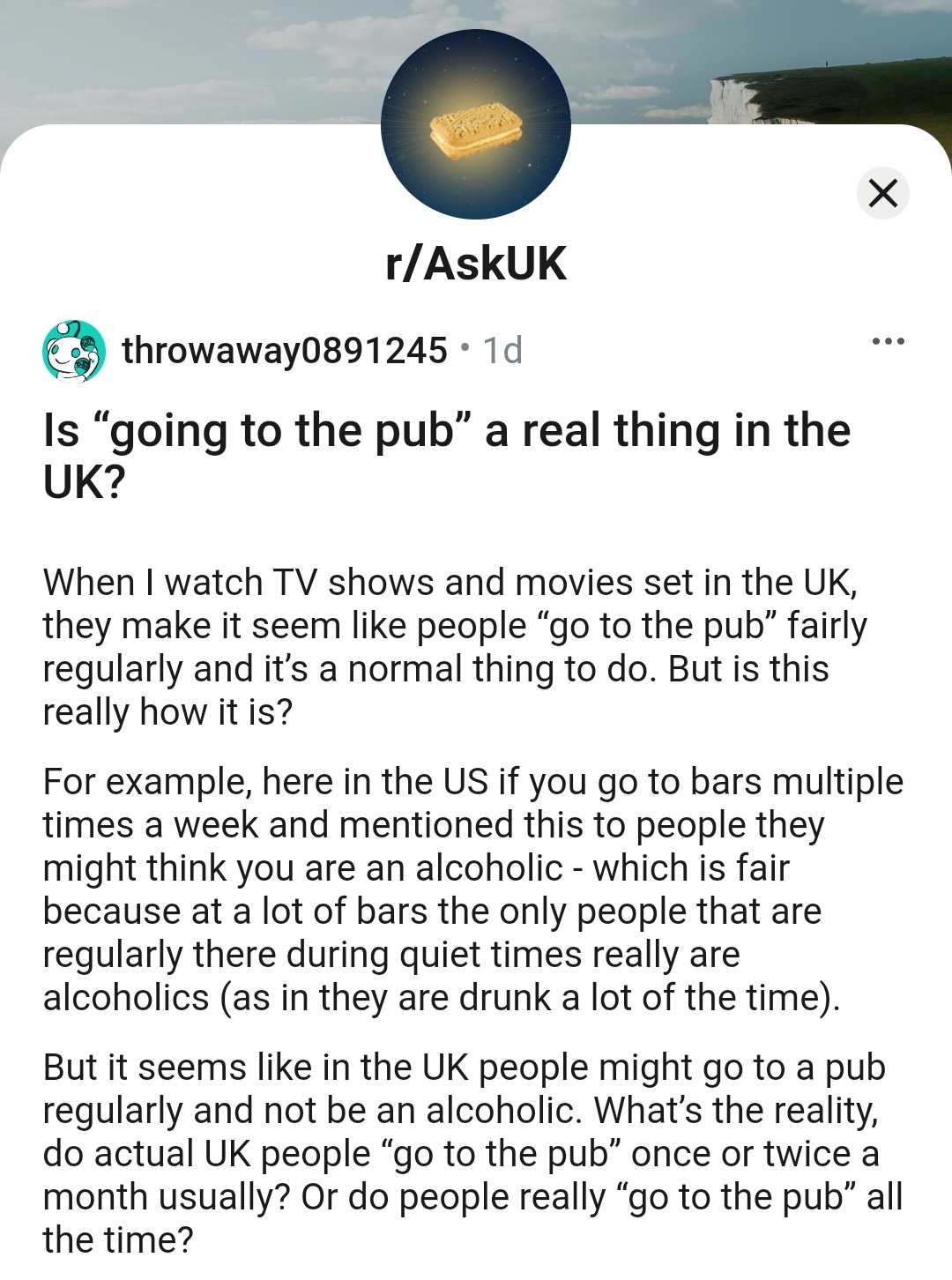 And it prompted no end of informative and entertaining responses after it went viral on Twitter. Here are our 13 favourites.

Tell him about meat raffles.

Best bit is in the comments pic.twitter.com/gtWvGNn2SV

When I lived and worked in the US, we went for a departmental lunch and one of my colleagues ordered a glass of wine. There was *much* gossip about her in the days that followed, worrying that she Might Have a Problem, etc.

To be fair, it’s no longer the norm to have three pints at lunchtime. We’ve definitely regressed as a society since the 90s.

A friend just sent me this after sharing your tweet pic.twitter.com/MbogiF5Ef5

Lol this is like when my American friend asked what to get her team as a well done gift and I said booze. All her other American friends were stunned. They couldn’t believe that was a normal thing here

I love the use of quotes around “go to the pub”. It’s not a figure of speech mate, we really do go to the pub

I remember seeing a leaflet in California titled, “Am I an alcoholic?”, and criteria included having an alcoholic drink more than once a week and “drinking alcohol to relax”.

Not only is going ‘down the pub’ a thing it’s much more than that. At the Pub you can play Darts, Aunt Sally, Pool, Dominoes etc where you can play your rival pubs in leagues. There is also Morris Dancing which is interlinked with Pubs in oh so many ways.

I remember chatting with a US comic book editor many years ago & he loved coming over to the UK for conventions etc. “Back home, people think I have a drink problem, over here I’m just ‘sociable'”

This reminds me of the @lucyportercomic gag – Americans go for “drinks” and have one drink, the British go for a “drink” and have loads. Sorry for paraphrasing.

This must be somebody who lives in a phenomenally small bubble

the bubble is colloquially known as “not britain”