The Nextdoor app allows neighbours to connect with each other, share relevant information for their locale, and to spectacularly own covidiots when they post nonsense on a public forum. 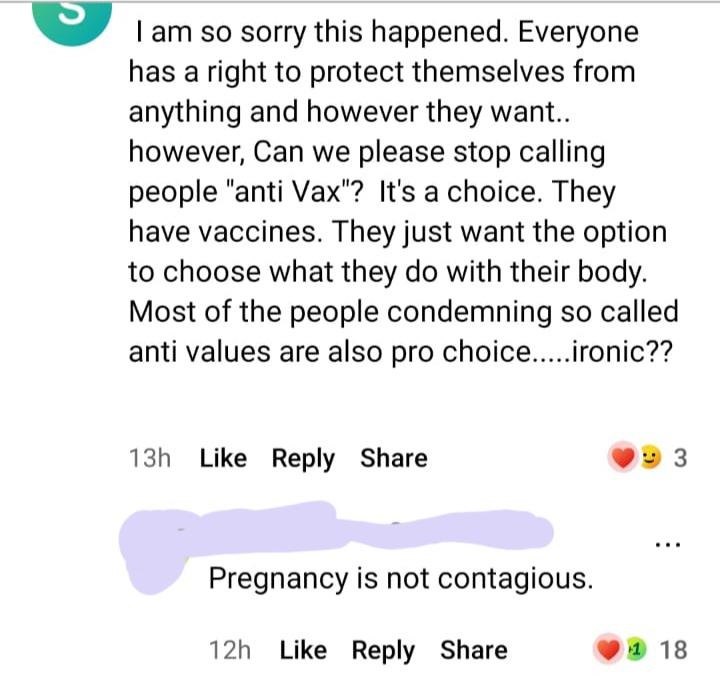 I mean just imagine, the pregnant woman on the seat across you sneezes, and voila, your stomach starts inflating until you look like a four-limbed Oswald, as blue as him with shock!
Gundiya_bhau

Elsewhere, a pregnant woman doesn’t wash her hands thoroughly, and impregnates several other women who use the same public restroom.
bandito210

Someone named JohnnyBalboa2020 had another point of view.

It kinda is. Just happens that a little less than half the population are only carriers, and it’s an STD. My wife caught pregnancy from me, and I didn’t even show any symptoms.

And we can’t prove him wrong.