Over on the r/unitedkingdom subreddit, u/KamikazeChief has shared a picture of a pub used in the ‘7 Beer Itch’ episode of the Simpsons. It’s a brutal but hilarious summary of Brexit. 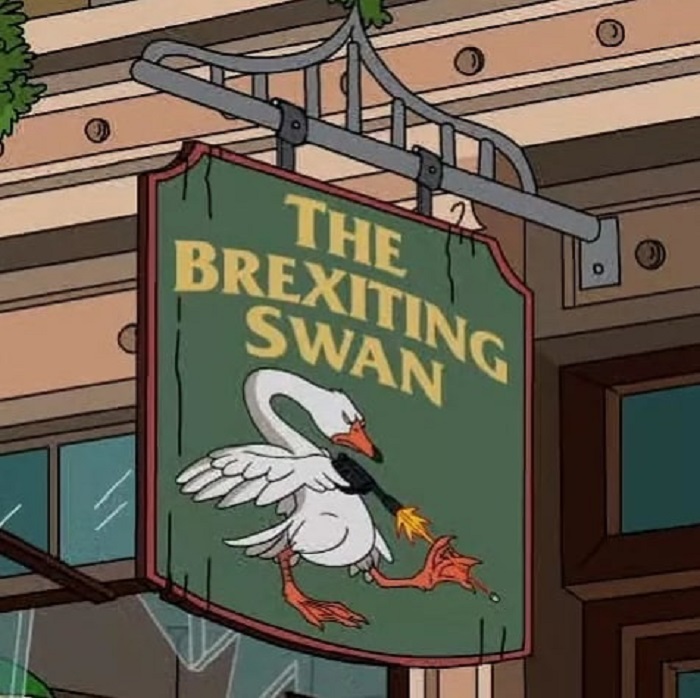 In a wider version, we can see the union flag – hung the wrong way around. 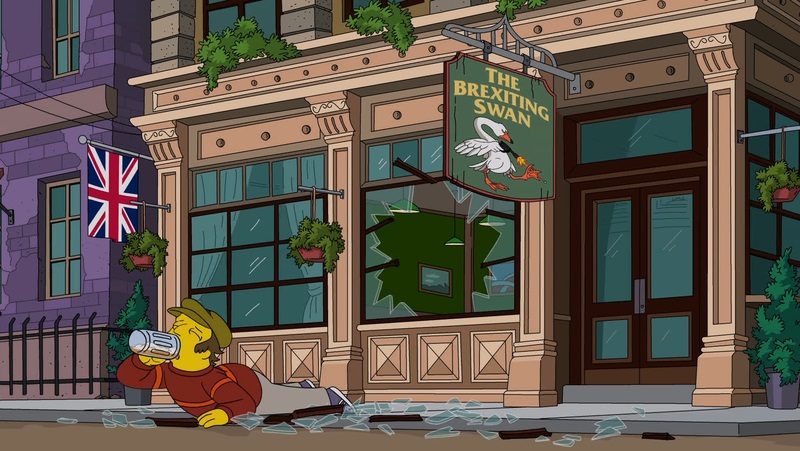 And people say the Simpsons has lost its satirical edge.
MGD109

It’s more of a commentary than satire
I_Like_Big_Budds

Cue the “THATS IT LADS BOYCOTT THE SIMPSONS, LETS GO BACK TO BRITISH CARTOONS!”
ElementMoon

A Redditor named u/pajamakitten had a question.

Will that swan face criminal charges for hurting itself? It is damaging the Queen’s property after all.

Only if someone grasses them up.