Sometimes, a person tweets something that makes us wonder whether they have any idea how social media works, because they might as well have painted a giant target on their own digital back. 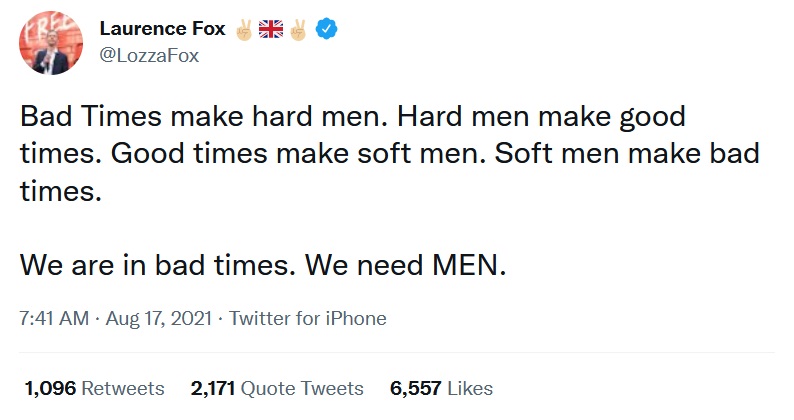 Twitter took many, many shots at the self-imposed target – and they weren’t all safe for work.

[man in pornography store, trying to remember the name of his favourite pornography]: https://t.co/19Ts8e8aPE

Laurence Fox being the new face of Grindr was something I'm not sure any of us saw coming🧐🙃 pic.twitter.com/uSGhL9FzqW

I’m not sure about the rap verse in Laurence’s cover of ‘It’s Raining Men’ pic.twitter.com/IT3eCcuIQV