Here’s a salutary lesson for anyone about to make a best man’s speech or similar.

One – it’s always best to double check your jokes with someone else first. Two – if you’re going to make up a gag on the hoof, be careful. Very, very careful.

It’s a tale shared by Unlucky_Low_6254 over on Reddit and it’s properly excruciating stuff. 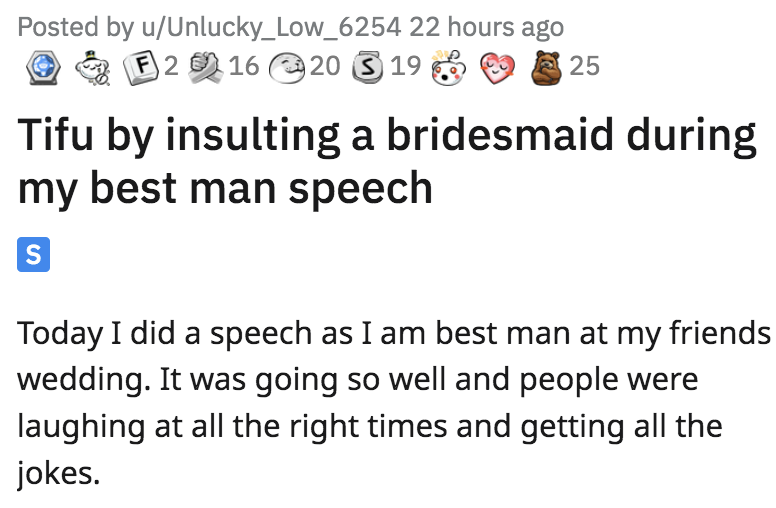 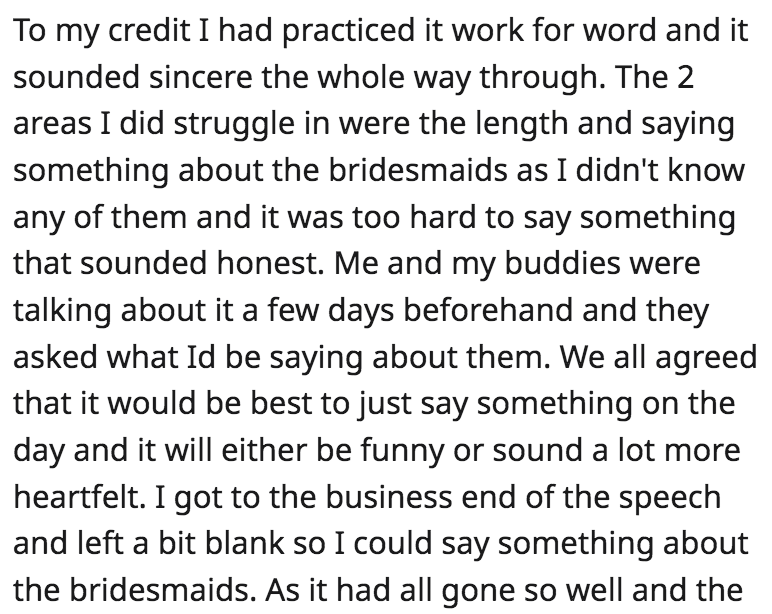 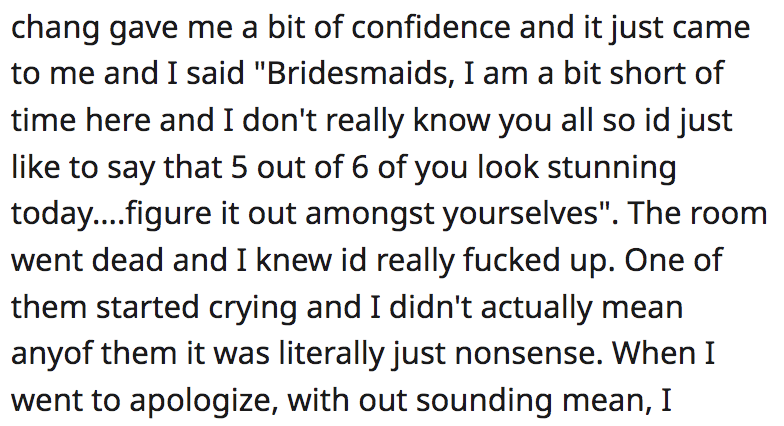 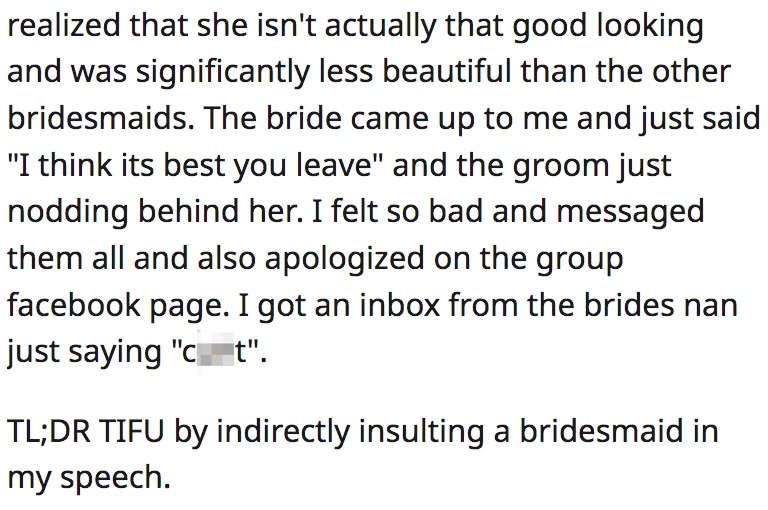 And it prompted no end of comments, including instances where something similar had happened to them.

‘Oof. That reminds me of that wedding where the DJ thought he was a comedian. During dinner, he always cracked mother-in-law jokes between songs, blissfully ignoring the black ribbon on the empty place beside the bride.’
gelastes

‘I was once a similar bonehead. Back when my wife & I were still dating (spoiler alert: everything ended up ok), we were being cutesy, lovey-dovey together. “I love your nose.” “Well, I love your ears.” “I love your elbows…” back and forth, until I said “I love everything about you… except that one tooth.” “OH MY GOD!!!” as she threw her hand in front of her mouth and ran away crying. I didn’t actually have a specific tooth in mind, I thought I was being funny.

‘Shellshocked and apologetic, that’s how I learned that my wife has one tooth ever-so-slightly out of alignment that years of braces and retainers failed to correct. I had never noticed. To be clear, after over twenty years of togetherness, I’m still not exactly sure which tooth it is, but I never made that joke again.’
RelevantNostalgia

“I’m grateful to know that the bride has such a strong network of loving, supportive friends at her side today. You all look gorgeous tonight.” In case you’re ever allowed to make a wedding speech again.’
Cupcake489

‘This is an easy fix! Get a new identity and start over somewhere new.’
zur1307