People have been enjoying this epic shutdown of a guy’s sexist joke after he found out the woman he was talking to on a dating app used to work at NASA.

The exchange was shared by Lauren McKeown who had the misfortune of encountering ‘Mikey’ who ended up owned into another dimension.

‘And this, ladies and gentlemen, is why I am single 🤦🏼‍♀️,’ said @mclaurenseries over on Twitter. 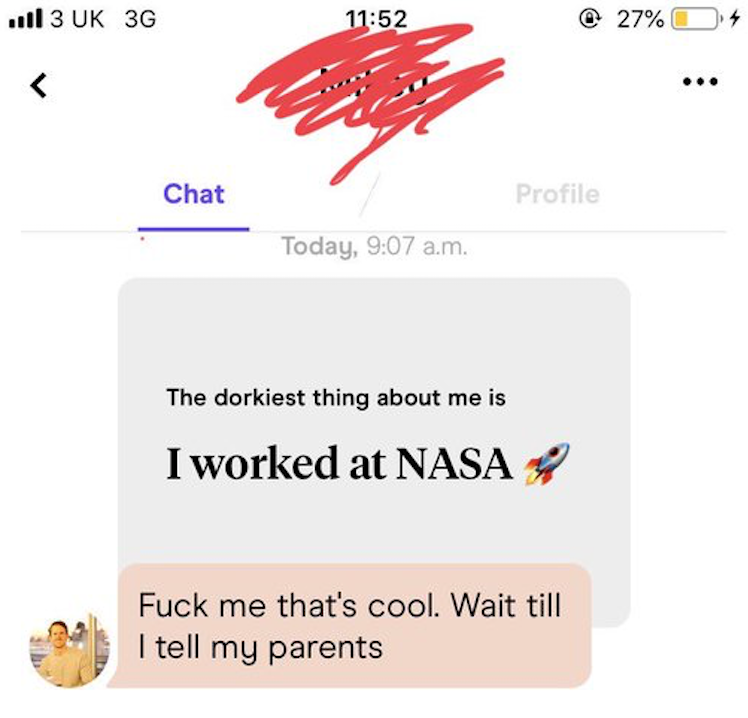 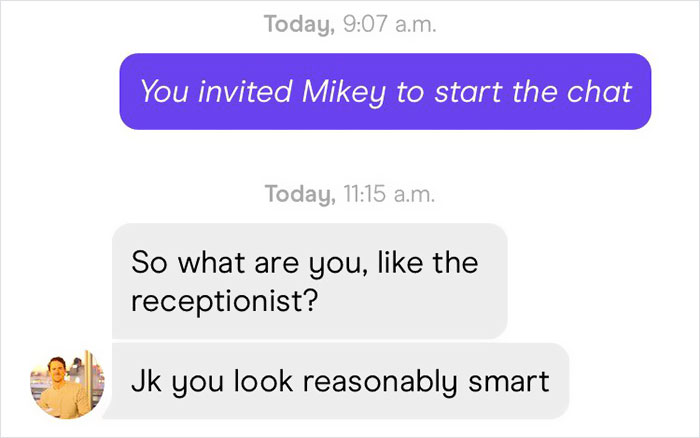 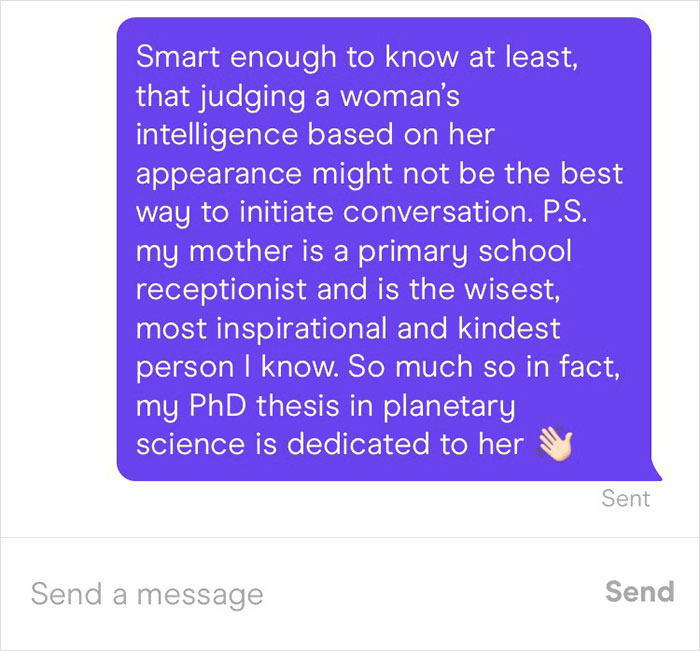 It doesn’t sound like Mikey has realized that women are also human beings.

I think it’s something we don’t talk about much on here – that people still THINK it’s a compliment to imply your appearance doesn’t align with “how a scientist looks”. The most infuriating part is this guy probably thought he was implying I looked good by that statement

Christ. ‘Reasonably smart’… i.e. I deem you to have met my low estimation of maximum female intelligence.

The “I was just joking” pivot is a typical gaslighting technique.

Ugh. Once had a guy break up with me after I gave him a tour of where I was working on a Mars mission because he said he thought I was lying about working for NASA and he has to be the smarter one in the relationship. Wtf

Must have designed a satellite weapons platform.

Cause that dude just got nuked from orbit.