Some of his videos touch on figures from history, such as Abraham Lincoln.

Abraham Lincoln doesn’t want to go to the play ##abrahamlincoln ##comedy ##fyp (thank you @halloweencostumes.com for the costumes!)

This one shines a whole new light on the dating problems of History TV’s favourite royal misogynist – Henry VIII.

Henry the 8th goes on a date ##henrytheeighth ##TudorTok ##fyp

His latest viral TikTok is one of many to feature Noah – the guy with the ark – and it’s perfect.

So there wasn’t a meteor!

The sketch has already been liked more than 1.3 million times after just a day, and the love for it has been pouring into the comments section.

One TikTok user had this entirely valid complaint.

There was also a sort of answer to a question that’s been on all our minds. 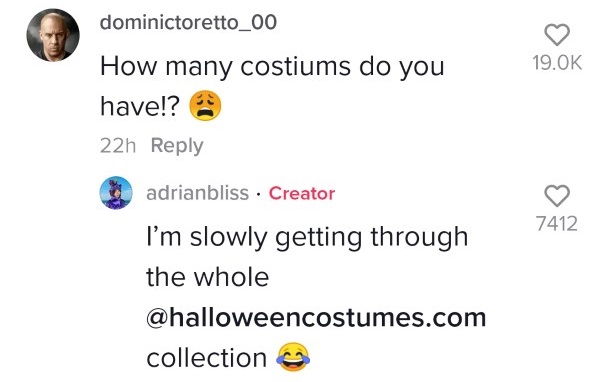 Follow Adrian so you don’t miss any of his fantastic sketches.