A restaurant in North Carolina had to put up an unusual apology for closing due to circumstances beyond their control. 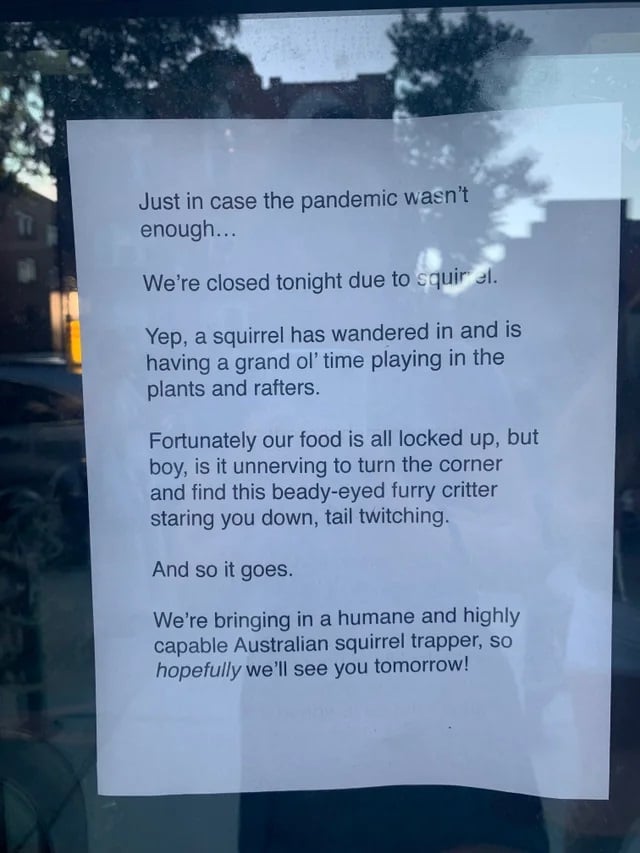 Redditors found it a lot more amusing than the restaurant’s owners will have done, although the Australian element sort of threw them.

It’s Australian, so naturally, this would be the rare but deadly, one-bite-can-kill-you marsupial squirrel.

As soon as the words Australian squirrel trapper came up, I envisioned Crocodile Dundee throwing his huge ass knife and pinning the squirrel to the wall by its tail.

There are no squirrels in Australia so I’d be wary of an Australian Squirrel Trapper.

This is Australia we’re talkin’ about here.

The only reason we don’t have official records is because the squirrels don’t leave survivors.

There was one silver lining to the story.

Lucky there was no moose accomplice.

Can’t imagine that would have been able to hide in the rafters.

This squirrel’s huge acorn stache hidden in this home went viral because, well, look at it