Although it has announced a very likely end to all legal requirements apart from self-isolating after a positive Covid test, the government is still conducting tests to determine the safety of large-capacity events.

One of these is the upcoming Tramlines Festival in Sheffield, which was expected to feature The Verve’s former frontman, Richard Ashcroft, who has pulled out due to his refusal to play gigs at venues with any coronavirus restrictions. 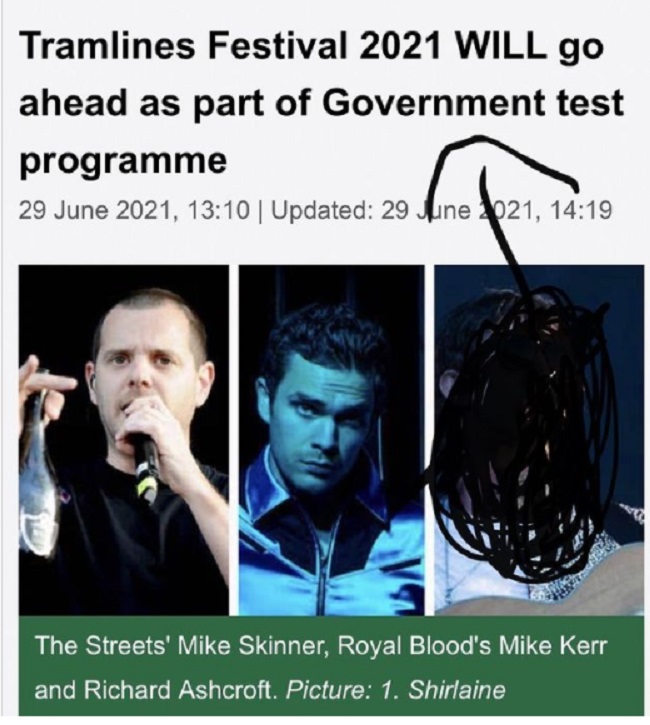 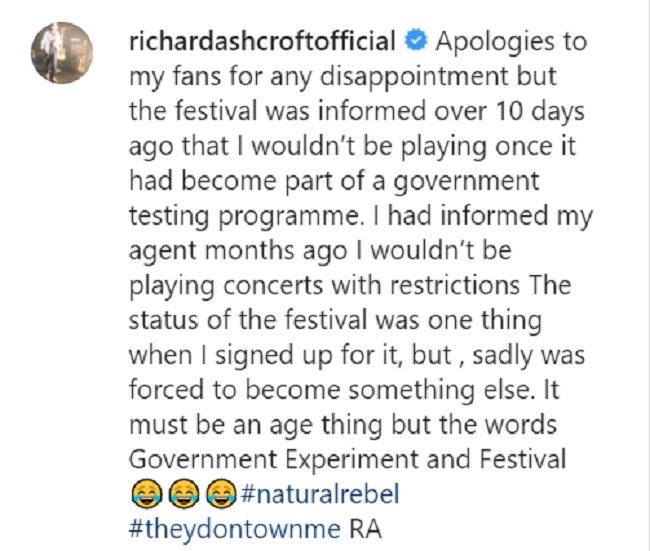 Tweeters weighed in on the stance.

In hindsight it's unsurprising that a man who was once filmed walking through London bashing into people has no consideration for the public. https://t.co/wSGx6Vv7eN

All over the place bands/artists complaining about not being able to play venues, Richard Ashcroft 'I won't perform under Govt. Restrictions' joining Ian Brown in the super group The Bellends.

However, the most attention-grabbing reaction was that of former actor and failed London Mayoral candidate, Laurence Fox, who was ‘inspired’ to produce this adaptation of The Verve’s hit, The Drugs Don’t Work.

In honour of Richard Ashcroft who is pulling out of festivals which promote medical apartheid. https://t.co/eOmC7EBVtq pic.twitter.com/jY2yMygjwG

We’re not sure how murdering a classic contributes to the discourse, but there you go.

There were even more responses to the song than to Ashcroft’s statement – and these were our favourites.

It's easy to criticise Lawrence Fox.

That's it . It's easy, watch the video – he does all the heavy lifting. https://t.co/ZNhklq6wRP