Much excitement among fans of Good Omens, the hit TV series based on the book by Neil Gaiman and Terry Pratchett, after it was announced this week that it’s going to get a sequel. 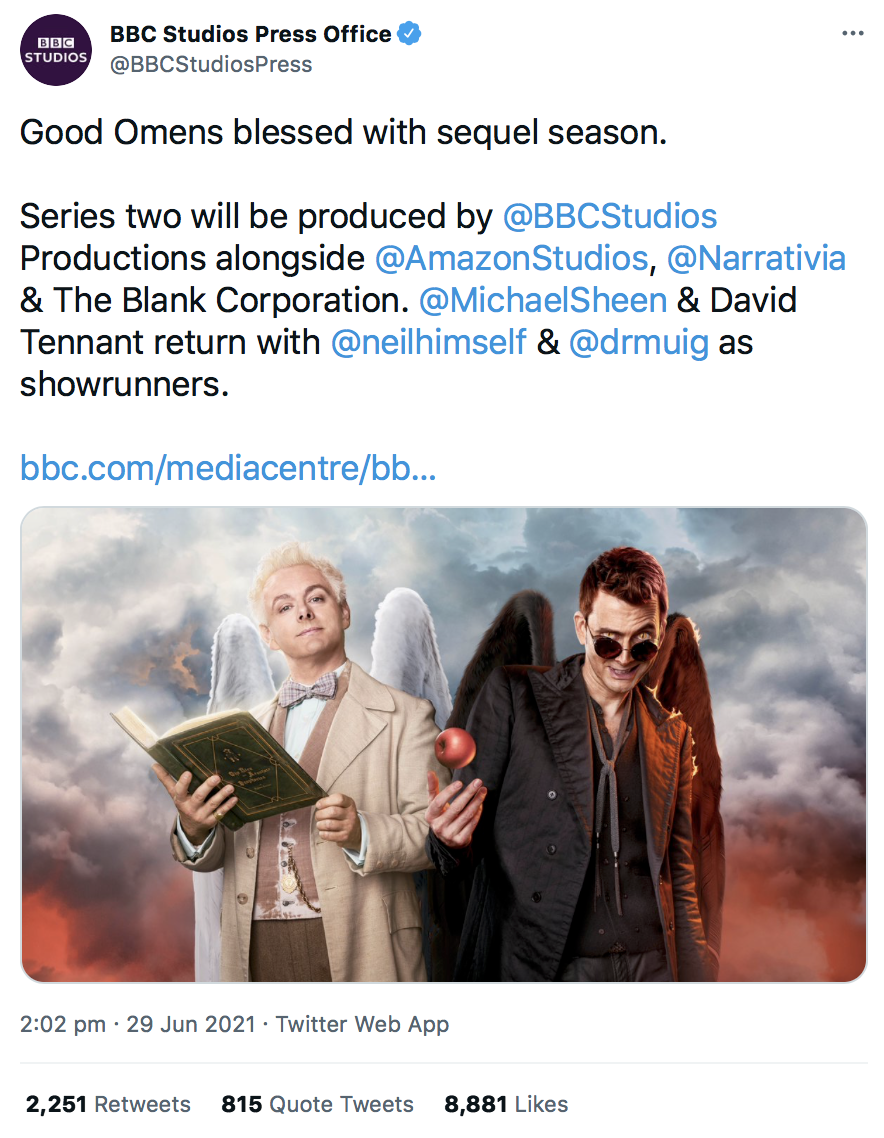 The apocalyptic comedy stars Michael Sheen and David Tennant and will return despite Gaiman and Pratchett never having written another Good Omens book.

Which is a fact that appeared to get this fan just a little bit worried. 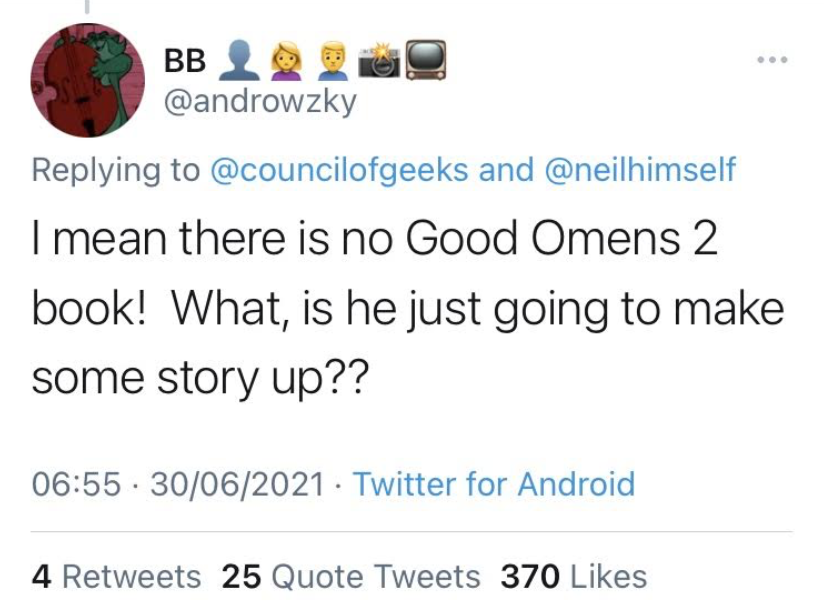 And Gaiman’s response was simply perfect. 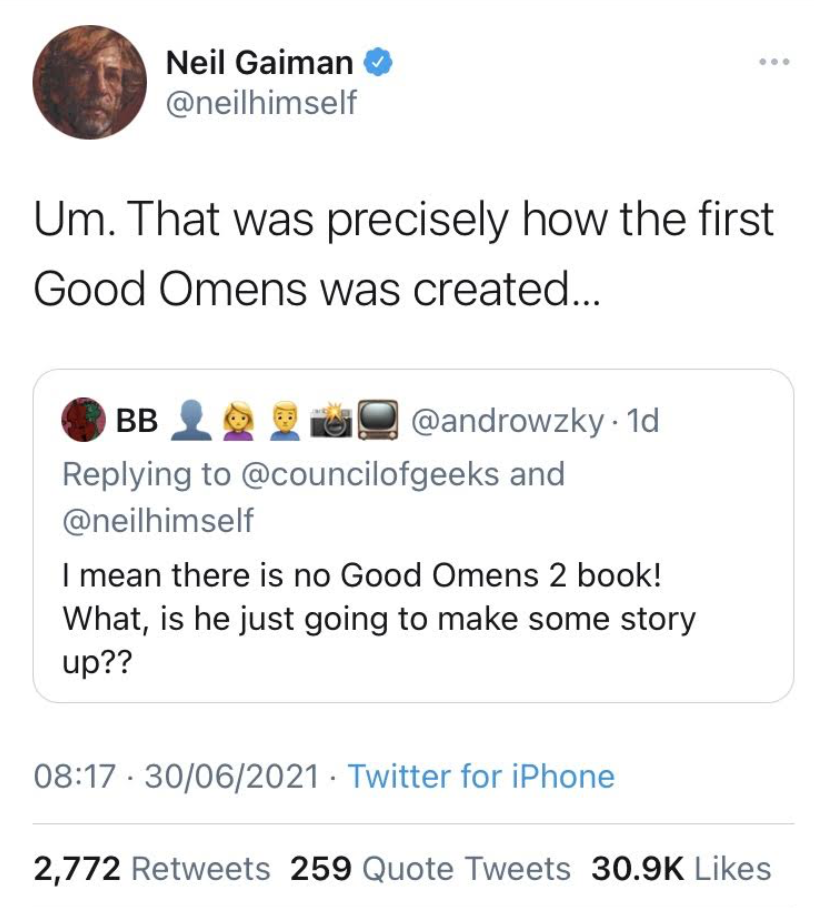 Here’s just a little bit of the love it generated.

What are you, A WRITER? x

Oh geez… just wait until they learn the first one was fictional!

And it spawned a sequel of its own after the person who posted the original tweet said it was a joke.

Not addressing you specifically but this is the tweet that's blowing up my notifications so here goes: IT WAS A JOKE! Not claiming it was super funny, but I thought it was pretty obvious. Ok, we good? Good.

Still made our day, though.