The latest in an occasional series, facepalm of the week, is this guy who’s not happy that he’s been sold a ‘too small’ TV.

He’s not happy at all, and this is why, as shared by morbidru over on Reddit. 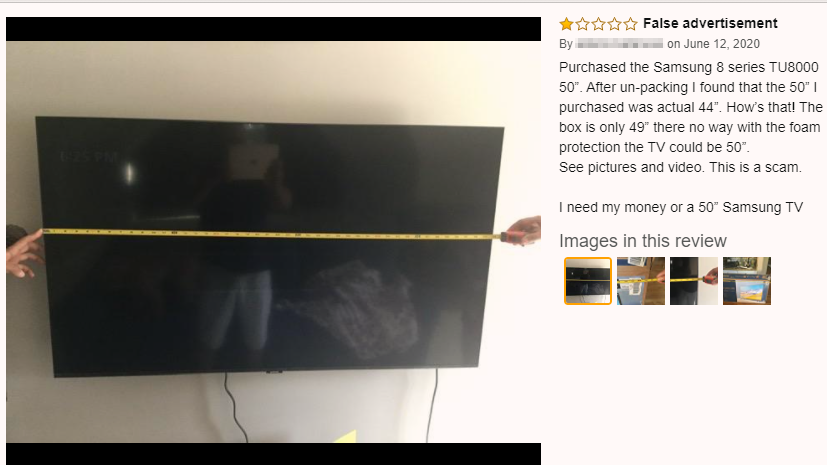 Are you going to tell him, or are we?

‘Why not measure it vertically and really get fired up?’
TerafloppinDatP

‘I hope the 2 other people holding the tape measure knew and just wanted to see this person make an ass of themselves.’
Become_The_Villain

Just in case you were wondering …

‘When I worked retail, this would come up every so often. I would explain to people why it’s measured that way, and it has to so with the first CRT TVs screens being round. Diameter measurements were the only way you could measure them efficiently.

‘When screens became more rectangular, the measurements switched to diagonal. It sounds more impressive, and it’s more efficient, since screens can be described with just one number, instead of two.’
Become_The_Villain

‘Just wait until till he measures the iPad he is taking pictures with lol.’
Elscorcho69