Right wing former TV comedian Lee Hurst – stick with us, please – has had his say about that awful video of Chris Whitty apparently being accosted and it’s just as grim as you’d expect it to be.

Boris Johnson described the video of England’s chief medical officer, in which he appears to be manhandled by two people as he struggles to get away, as ‘appalling harassment.’

‘Proud covidiot’ Lee Hurst thought otherwise, you might not be surprised to learn, and what followed had the whole internet cheering. 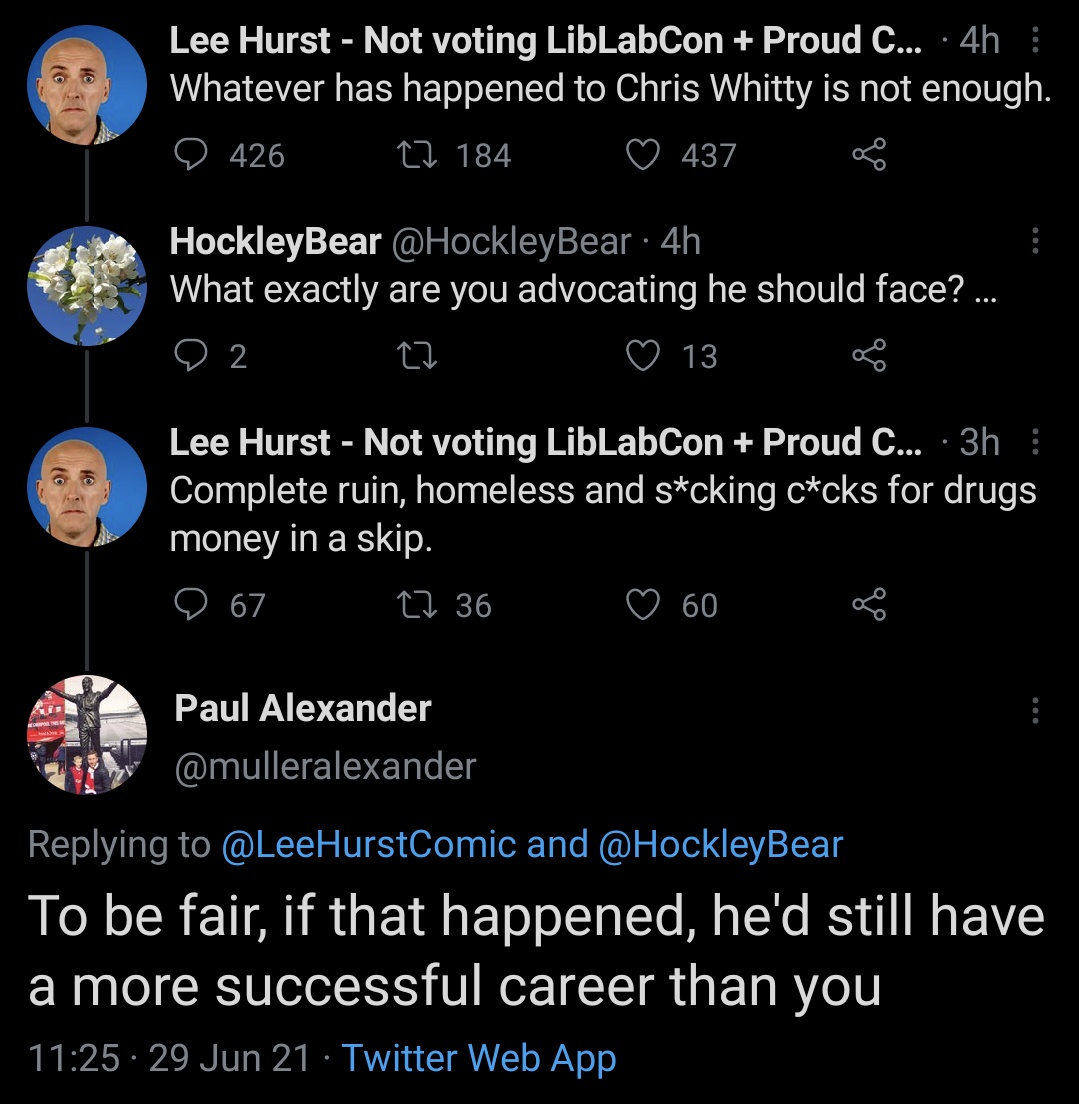 The exchange was shared on Twitter by @supermathskid who said: ‘And they call this a hell site.’

And just a few of the other things people were saying about it.

Who are you and why are you encouraging violence against a scientist?

Whitty’s father was dragged out of his car and murdered by terrorists in Athens.
Lee Hurst is ignorant and a coward. https://t.co/iKA6Q2O2x6

You should be grateful to him. Thanks to the 30 person limit, your tour can officially be classed as a sellout.

We have flagged this abhorrent tweet from Lee Hurst regarding Professor Chris Whitty and encourage others to do the same. pic.twitter.com/fUFrEywvhy