Laurence Fox took time out from his busy schedule to troll the England football team and it’s fair to say it didn’t end well.

Specifically, he took aim at England captain Harry Kane for planning to wear a rainbow captain’s armband at today’s Euros last 16 clash with Germany to mark the end of Pride month. 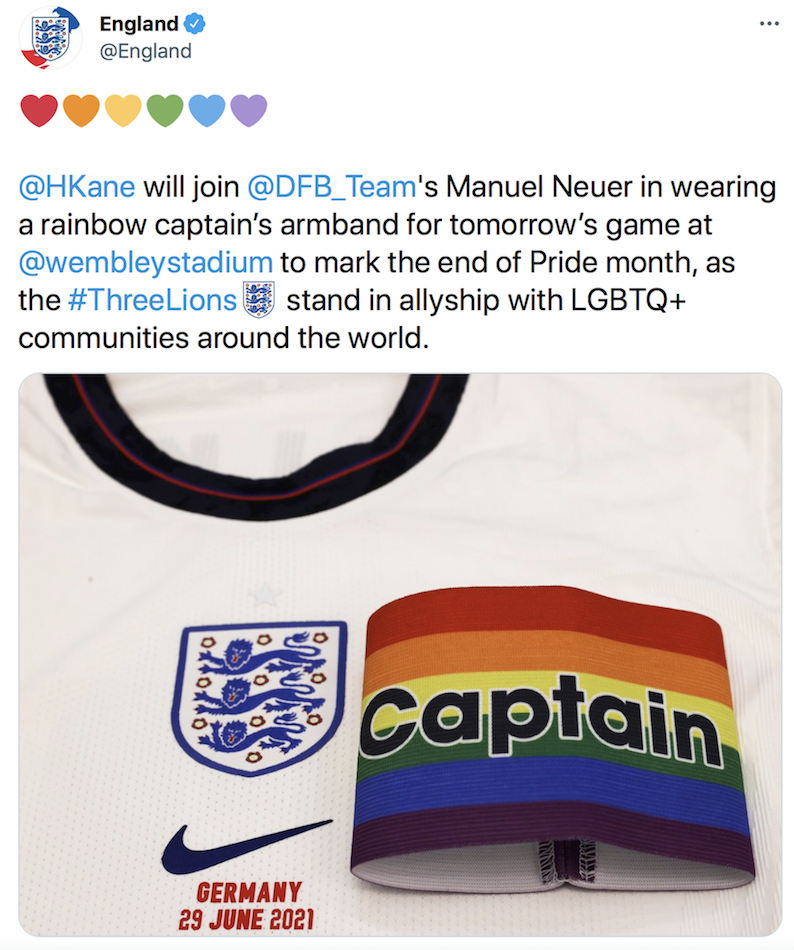 Fox naturally took exception – not like him to do that – and this is what he had to say on Twitter. 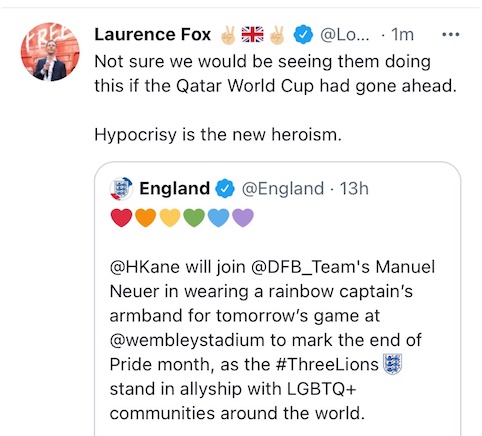 Except the Qatar World Cup will go ahead, in November and December next year, and it prompted no end of mockery on Twitter. Very satisfying it was too.

Great to see football man Laurence Fox doing some more of his football tweets. Guess we’ll never really know how a Qatar World Cup would have played out – but unmissable insight every time. pic.twitter.com/Sl6qnVdO5H

Did you know that in showjumping if you knock a fence down riding a brown horse the penalty is 4 points but on a blue horse it is 5, a pink is 6, and a black horse is 7?

Soccer Guy @lozzafox has done his usual level of homework, I see. pic.twitter.com/caDzXDGMHn

'Alexa, tell me a couple of times England have done OK in a football tournament in my lifetime.' pic.twitter.com/AnmdltTpAG 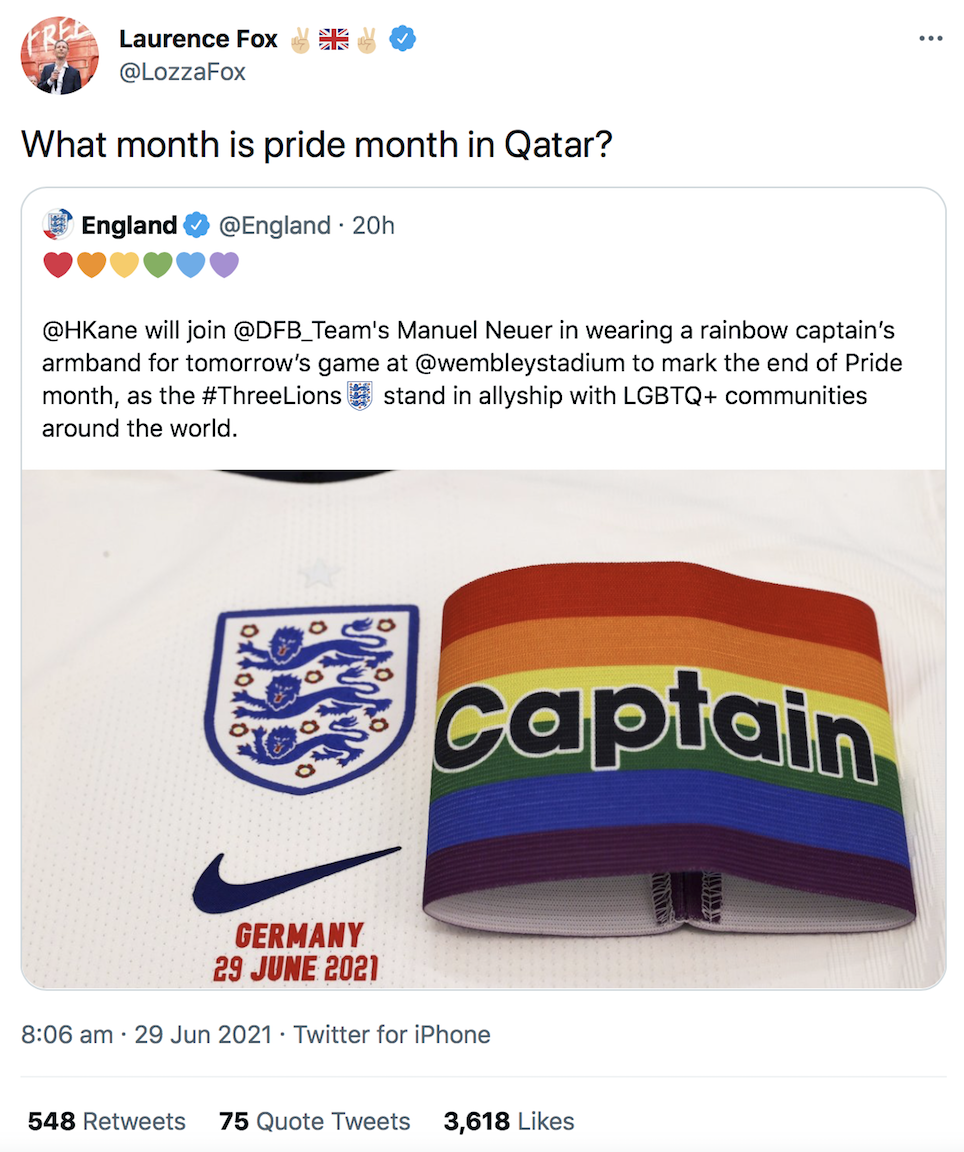 … but he was only fooling himself.

We all saw the initial tweet Laurence, really nailed this one