In the unlikely event you’re wondering why everyone’s talking about Brexit again today, it’s five years since the referendum that set the UK on the path out of the EU.

It’s mission accomplished now and the UK hasn’t been part of the European Union since January last year.

And yet it appears that some ardent Brexiters still aren’t happy. People like Conservative MP and former cabinet minister John Redwood, who was on Twitter today trolling the BBC for their coverage of the Brexit Day anniversary. 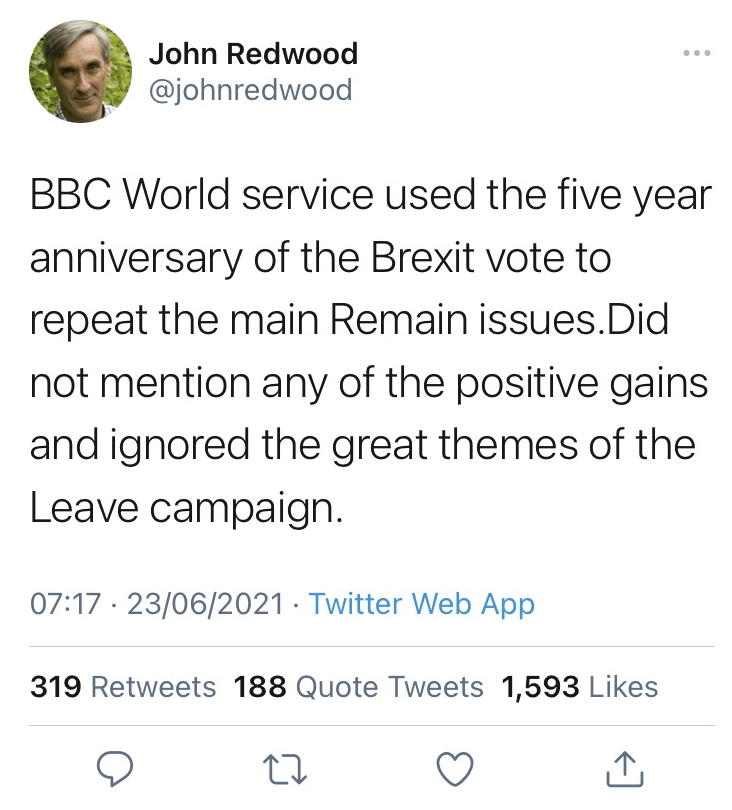 The very embodiment of ‘you won, get over it’.

And if you’re thinking everyone made the same joke, you’d be right. Well, lots of people did …

You have over 100,000 followers here John. That would seem an adequate platform. List a few of these alleged benefits. We’re listening.

Your thread is broken again. You have seemed to have left off listing the positive gains for all us constituents here in Wokingham.

If you prefer it particularly straight talking …

Because there are none you👇 pic.twitter.com/NbS5KjVZl7