This American criticised an Australian car review magazine, named Wheels, and it didn’t go as well as they’d hoped. 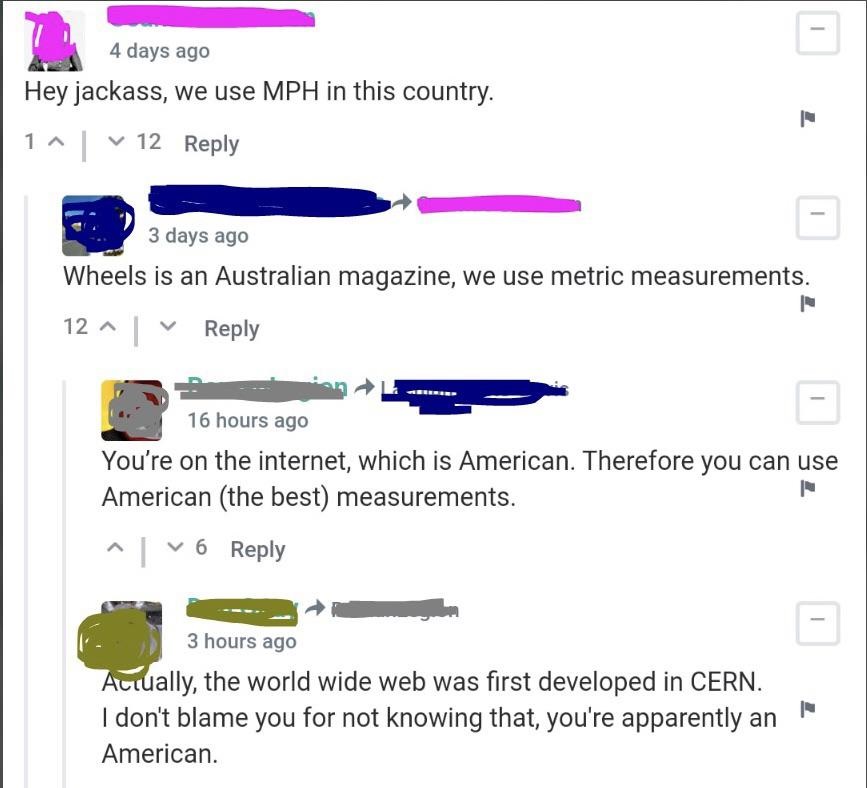 I’m on board for the metric system. I wouldn’t mind getting some new tape measures and squares.

Reducing fractions and decimals to the nearest 1/8th is ridiculous anyway.

Don’t the U.S. scientific and military communities use metric?

Imperial is the British system (it’s literally named after the British empire, and we still use it today in the UK). So what’s the Internet being/not being an American invention got to do with the British measurement system?

But Diazepampoovey cast some doubt on that theory.

I want to believe that but I know so, so many “patriots” that absolutely speak like this.

Can’t think who they mean.