A scene from Star Wars: Episode II – Attack of the Clones has become the flavour of the month after it captured the imagination of meme makers.

It shows the moment a little suspicion dawns in the mind of Padmé Amidala as she talks to Anakin Skywalker.

This is the original dialogue. 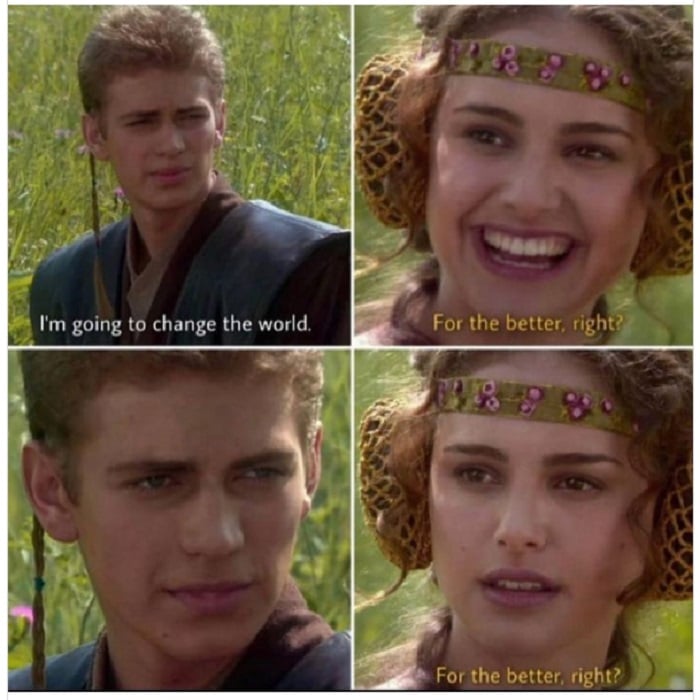 You know a meme has hit the big time when Elon Musk gets on board, and he did.

Here are a few more that did it well, some with added creative license.