Boris Johnson’s Australia trade deal will save us ‘up to’ £1.22 a year each – only 5 responses you need

Great news, everyone! Boris Johnson has concluded a new trade deal between the UK and Australia, the first agreement negotiated from scratch after Brexit.

But it’s fair to say not everyone was quite so excited as Johnson.

“I think it is a good deal, it’s one that will benefit British farmers and British consumers as well”

And here’s an indication why. 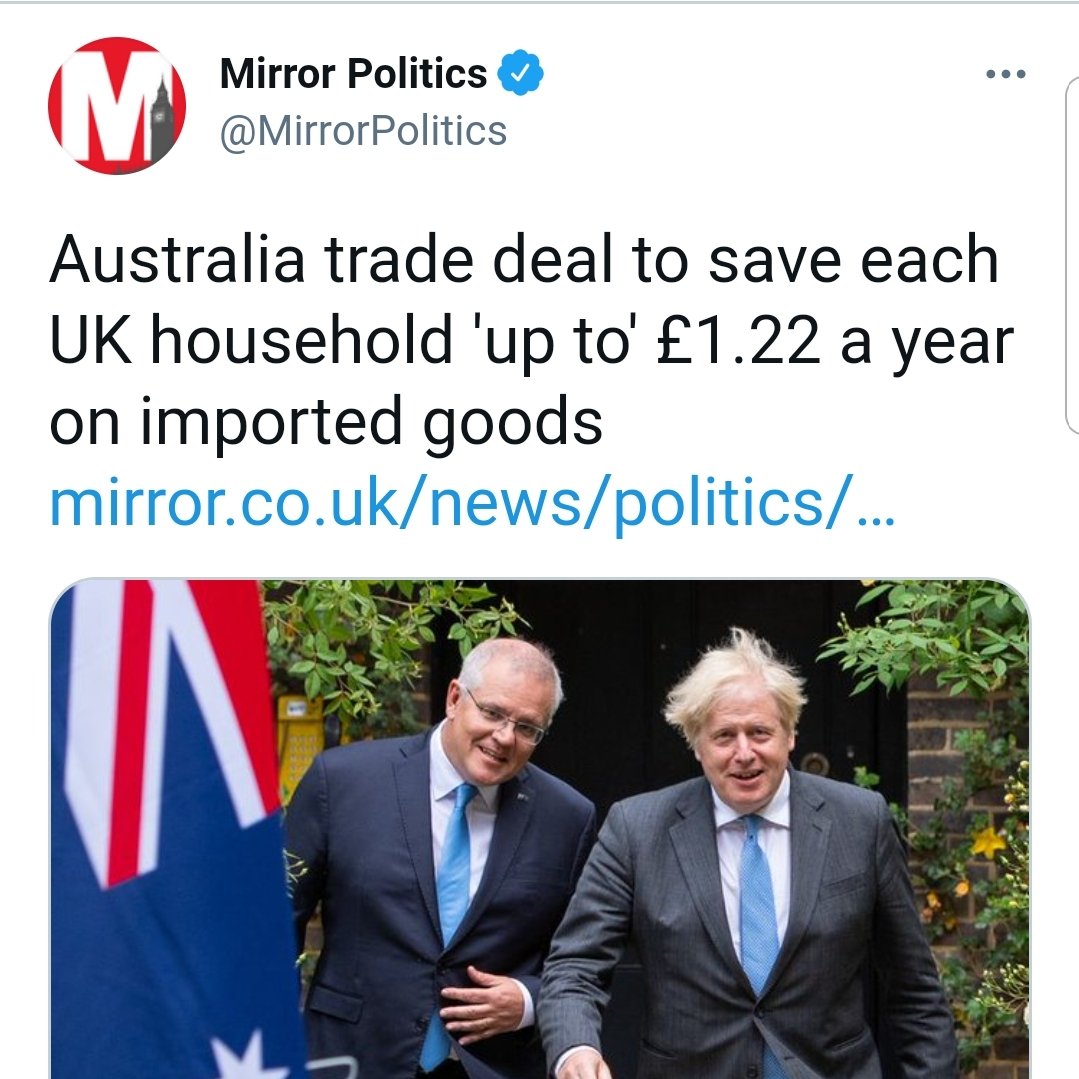 Congratulations to the government on the trade deal with Australia worth about 0.02% of GDP or roughly 0.005% of the estimated cost of Brexit.

Within two days of a G7 summit that talked fervently of combatting the climate crisis – The UK manges to find the farthest possible place with which to do its first post BREXIT trade deal – AUSTRALIA! Pity the oceans suffering the shipping consequences.

What are you going to spend your extra £1.22 a year on? pic.twitter.com/Wg9Hj2IxqB

People aren’t stupid. They know that if you undermine the terms for half your total trade (with the EU), a bit more trade with a small country on the other side of the world (Australia) is like building a sandcastle in the face of the incoming tide