We’ve had a few job interviews which haven’t gone entirely the way we would have liked. Most of them, in fact.

But we’ve never had one go wrong quite so magnificently as this, a tale told by Redditor anewslug1710 which had people in horrified hysterics. 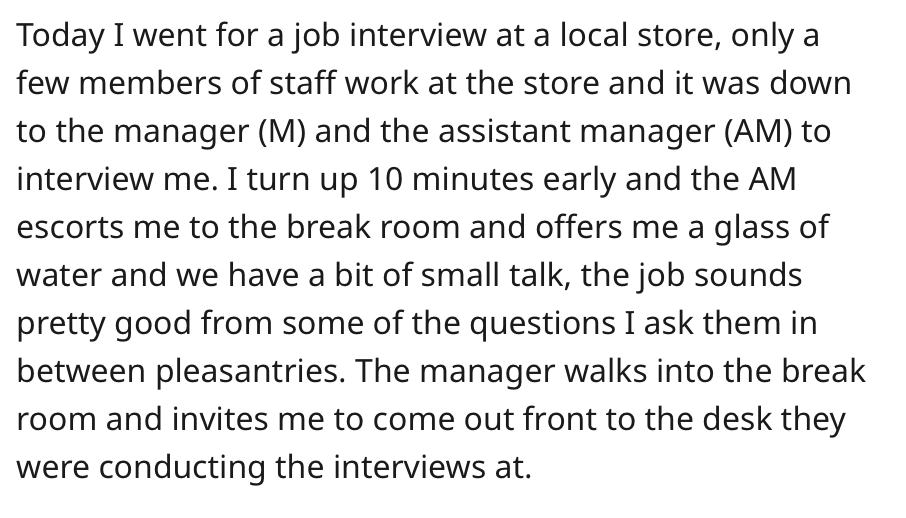 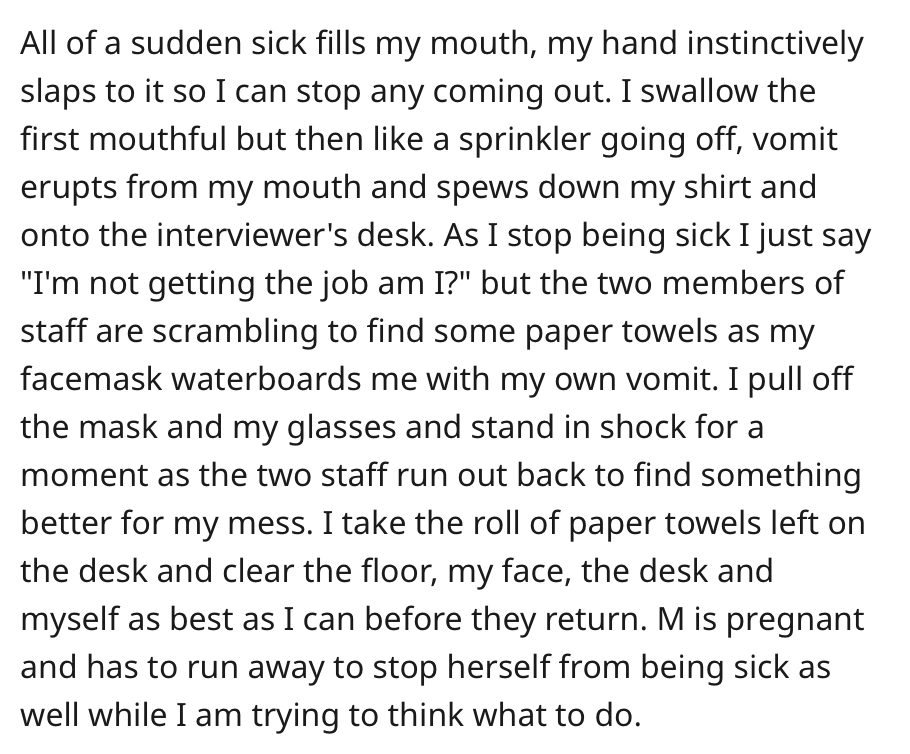 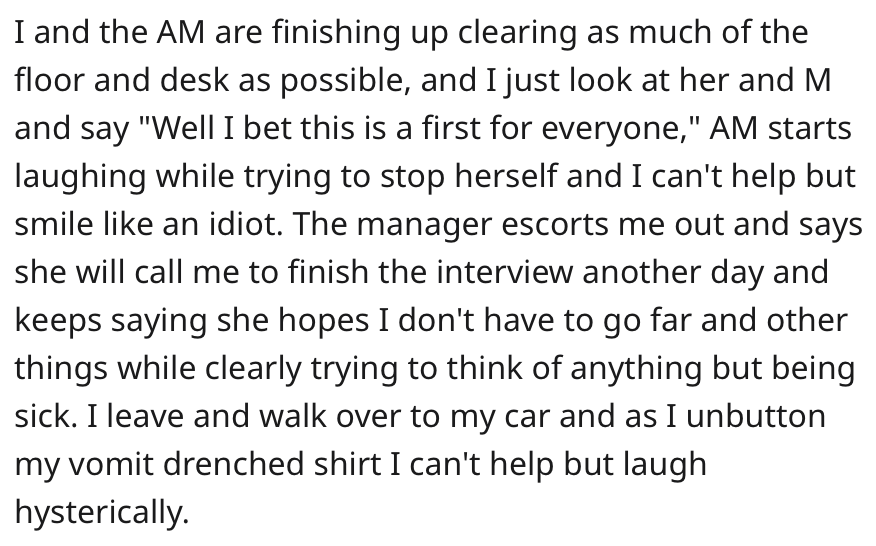 And just a few of the comments (and questions) it prompted.

‘I swallow the first mouthful. Oh noo! The taste must’ve been so bad. Did you eat something different before attending the job interview?’
ryc4d0

‘I ate nothing, I took a couple of antacids because I was feeling acidic beforehand.

The taste of the first mouthful probably caused the tipping point that made it into a disaster.’
anewslug1710

‘Maybe next time just eat one antacid. I think you might have created a 6th grade science experiment in your stomach.’
DillyDallyin

‘I have given more interviews than I can count. Some people just get a case of the nerves and I totally forgive it.

‘They will NOT forget you! In a positive way. You just landed in a really uncomfortable situation and made THEM comfortable. That’s a hell of a skill in any job.’
nursecarmen

‘On my call back they asked if I felt alright and if it was perhaps nerves and I told the truth that it was likely a reaction to antacids on an empty stomach as I wasn’t at all nervous.

‘The second half of the interview will be tomorrow over the phone so that I’ll be outside of vomiting distance.’
anewslug1710

“Hi OP, we’d like to finish the interview tomorrow morning if that works for you.”

“That’s great! What time would you like me to be there?”