To the Daily Mail – stick with us – which published an article with a list of ‘British towns that are no go areas for white people’.

The article didn’t have a byline on it for reasons which may or may not be about to become obvious. 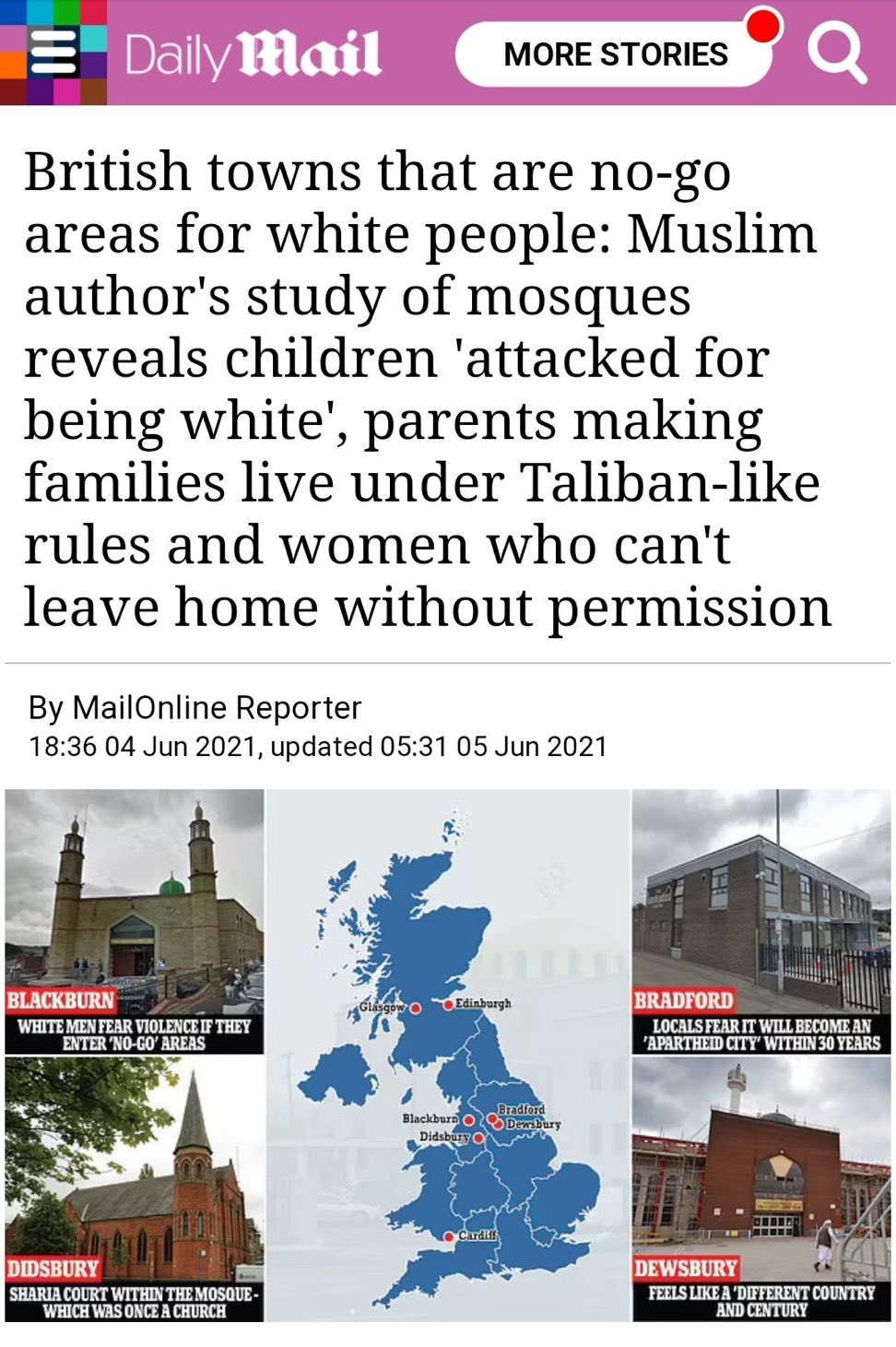 Based on a book by writer Ed Husain, it’s fair to say it wasn’t a Britain that many people recognised and got entirely the responses it deserved.

Here are the pick of them.

As things are slowly getting back to normal, so good to see the British media is too ☺️ pic.twitter.com/XNLYREvPFI

The Mail claiming Edinburgh & Cardiff are no go-areas for white people?

Have I been in the sun too long today? pic.twitter.com/xzFIvGER9Q

Absolutely cannot cope with the Daily Mail’s conviction that *Didsbury* is a ‘no-go’ area for white people pic.twitter.com/BINPjPZNOk

There aren’t any Muslim no-go areas in the UK, only places that The Daily Mail are confident that it’s readership would feel uncomfortable in because there are too many brown people walking around. pic.twitter.com/XXjvf1brzo

Of all the rich multi-cultural areas of Manchester they could try to suggest was a no white area, the Daily Mail opt for Didsbury. DIDSBURY pic.twitter.com/tL4zTG5iSF

Yer actual Daily Mail claiming that Edinburgh and Glasgow are “no-go” areas for white people.
Must remember that the next time I visit Edinburgh’s Mosque Kitchen for one of their excellent curries, alongside the hundreds of other white people who do the same weekly. pic.twitter.com/RtDQULUcal

If Daily Mail reporters really want to find no-go areas in Britain, they should try trespassing on the land owned by their proprietor, Lord Rothermere, or any of the other 50% of the UK that’s privately owned by 1% of the population. Good luck with your picnic.

The Daily Mail website should be a no go zone

Launching a campaign to get my neighbourhood recognised as a no-go area by the Daily Mail.