Author and anti-vaxxer Naomi Wolf has been suspended by Twitter after she used the platform to spread misinformation about vaccines and the coronavirus.

She posted a wide range of unfounded myths including one tweet that suggested vaccines were a “software platform that can receive uploads”. 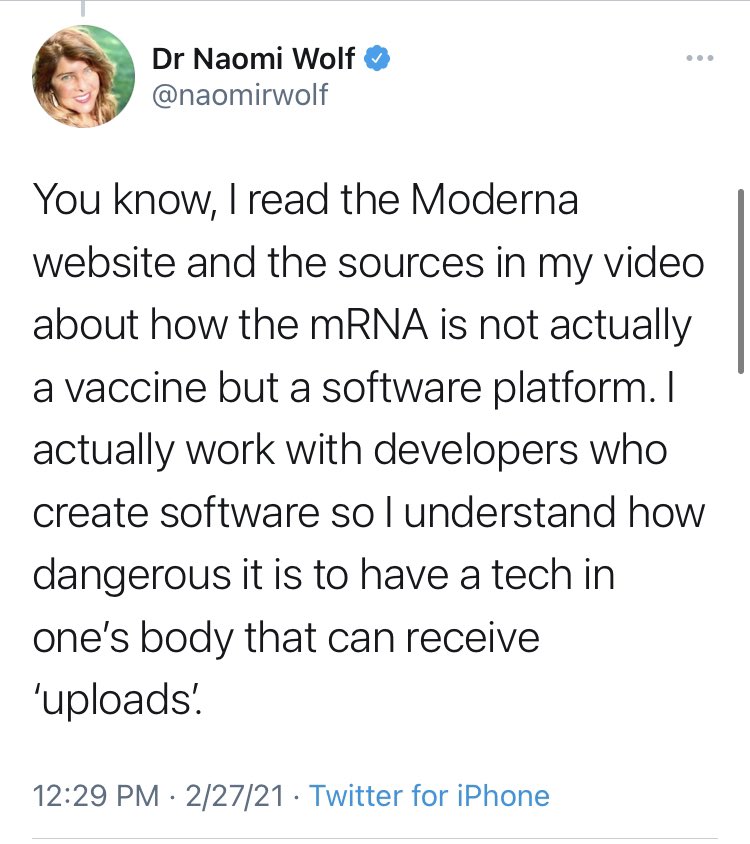 When she said this about 1970s Northern Ireland

Before she was banned, Naomi Wolf gave us the funniest tweet on Northern Ireland’s history: pic.twitter.com/Ux6c7UMi5n

When she suggested vaccines let you time travel

Amazing Naomi Wolf is the first recorded person to be banned from Twitter for being too stupid after giving us such gems as “the vaccines let you time travel”, crying that a teddy bear might get a jab, and worrying there might be vaccinated people’s urine in the sewage she drinks pic.twitter.com/paOybVDlBt

When a cuddly toy bear appeared to give her the fear

Before she left, Naomi Wolf left us with one of the funniest tweets in the history of this garbage site. pic.twitter.com/KgCrE1b2o3

And finally, when she talked sh-t in absolutely every sense

Thanks, @Twitter, for finally suspending Naomi Wolf for spreading harmful and floridly delusional anti-vax disinformation.
(Was this the tweet that pushed Twitter over the edge?) pic.twitter.com/DDytd5rBGj