Spare a thought – kind of – for former Brexit Party MEP and (right wing) commentator Martin Daubney who is no fan of Black Lives Matter or England footballers taking the knee.

Daubney, the one-time editor of Loaded, went on Talk Radio to ask which two England players didn’t take the knee in their final Euro 2020 warm-up match against Romania.

He also asked the same question on Twitter, albeit briefly … 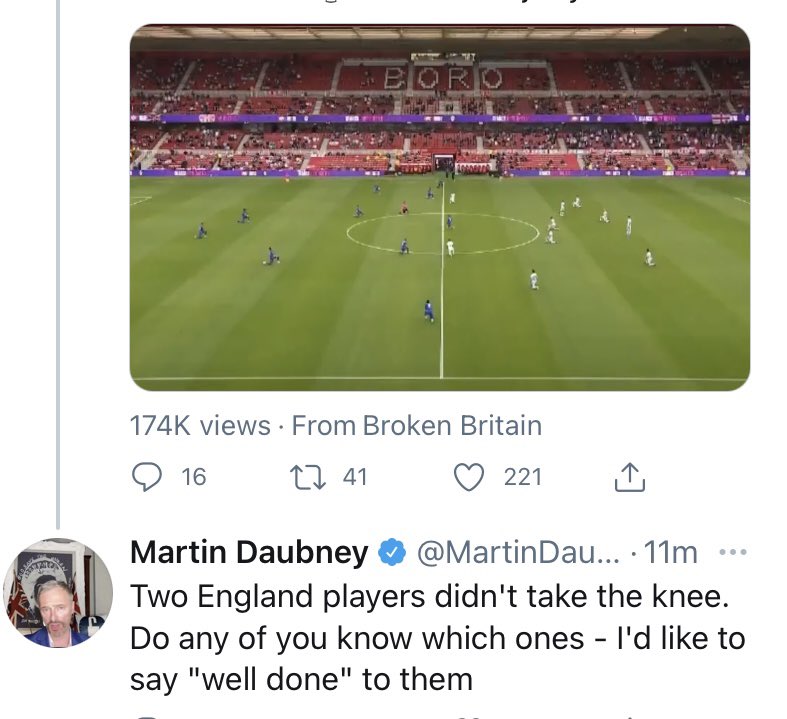 … because the two ‘England players’ not taking the knee weren’t actually, er, English.

noted football expert goes on live radio to praise two England players for not taking the knee, ignoring the fact it was in fact two Romania players pic.twitter.com/RnbQrzLvzs

And if you think people made the most of that, you’d be absolutely right.

I *think* the two England players @MartinDaubney wants to congratulate for not taking the knee are Ionut Nedelcearu and Nicolae Stanciu.

You know before you start commenting on football it would be a good idea to know which team is which…. pic.twitter.com/XnPMENZWB0

Where’s the tweet gone when you thought England were the away team, Martin? 🙂

To be fair it is very hard to identify them whilst they’re wearing specifically coloured clothes with their names on.

I’d like to hear the opinions of former England players on this situation like Gheorghe Hagi and Florin Raducioiu.