Covidiot takedown of the week comes courtesy of Redditor HM-Wogglebug-TE who says: ‘That one might sting a little in the morning.’

It began with the news that America’s Centres for Disease Control and Prevention (CDC) was relaxing the rules on wearing a mask indoors. 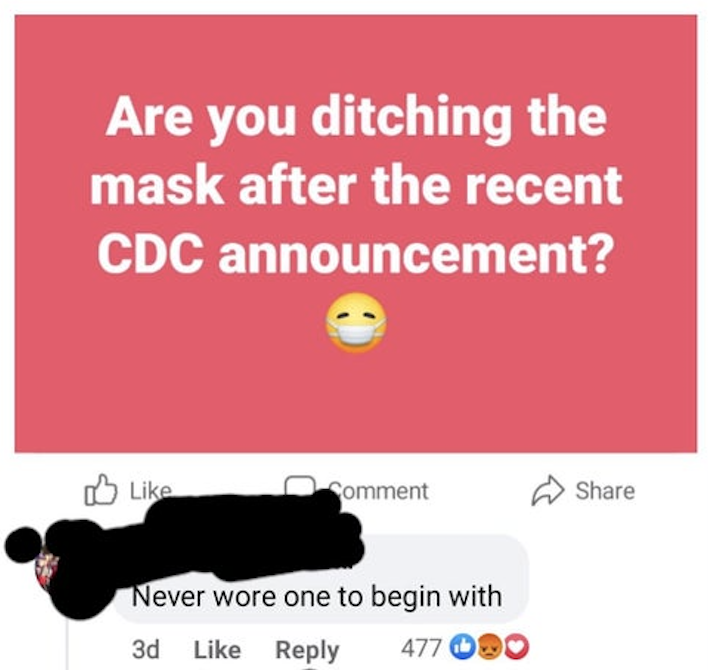 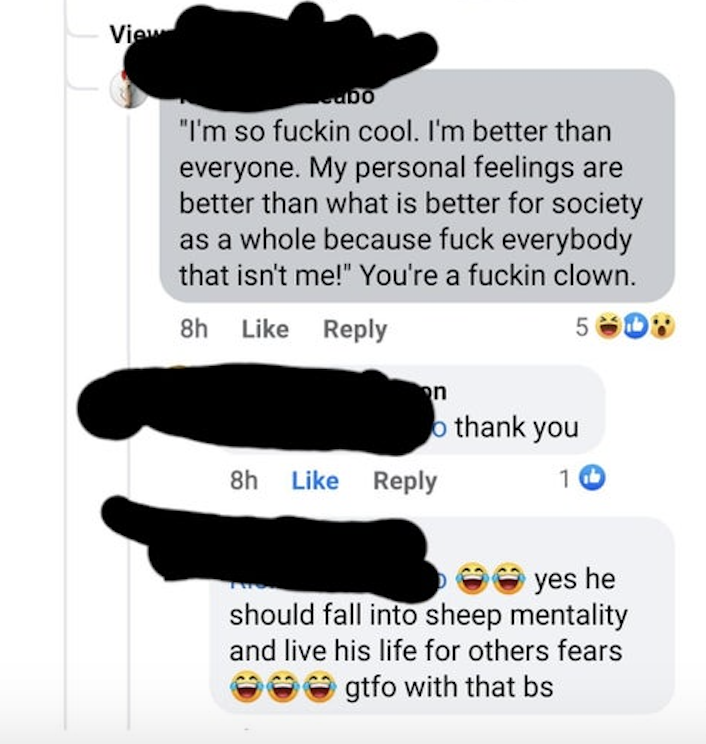 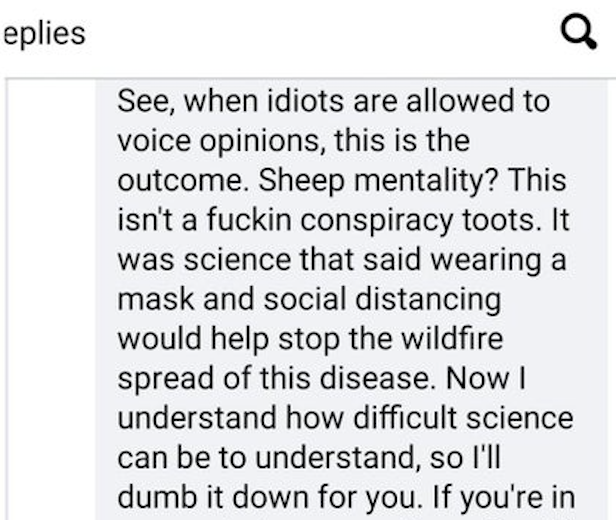 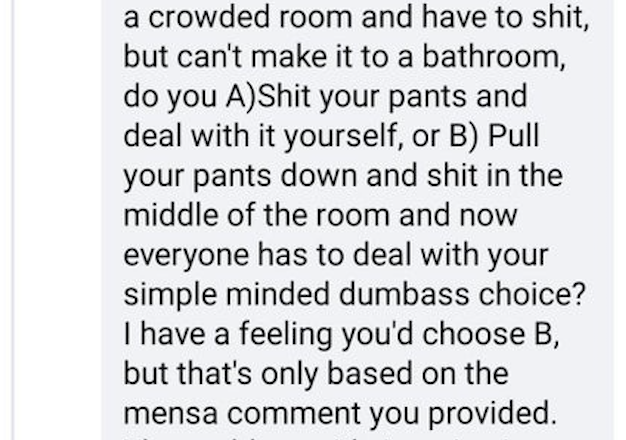 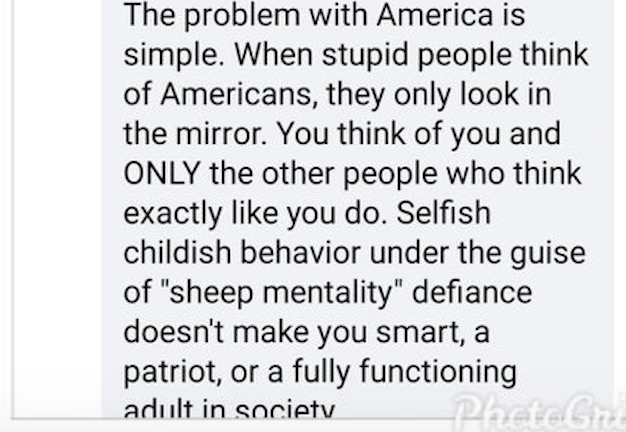 ‘Whenever someone tells me about my “sheep mentality” I respond with “Yeah, I know. I am the kind of sheep who stays in flock and you are the kind of sheep who goes outside the flock. Do you know what is funny about sheep like you? They are the first to die because wolves love stupid lonely sheep.” Non-native-English

‘From my own experiences with this I’ve realized the same people who call me a sheep for wearing a mask also call the lord their Shepherd.’ Hoosier_Heretic

‘I hate the whole “sheep mentality” false argument. Like you’re some f-cking wolf leading the pack to success? No mother f-cker, you’re a f-cking lame duck wannabe with a proclivity towards irrational behaviour and failed logic with the desire to project yourself as someone that’s got the balls to serve our country. Instead of actually enlisting you buy a big truck on credit, fly way to many altered American flags, and open carry like any one of you assholes would have the desire, much less the ability, to prevent a mass shooting. F-cking grow up.’ CircleBackMurray

‘It cracks me up that the Qanon slogan is “Where We Go 1, We Go All” So you blindly follow all of your companions and do what they do….but you’re not sheep?’ idontfrickinknowman

‘I really doubt it is going to sting as they are absolutely brain washed.’ Kaiser-32